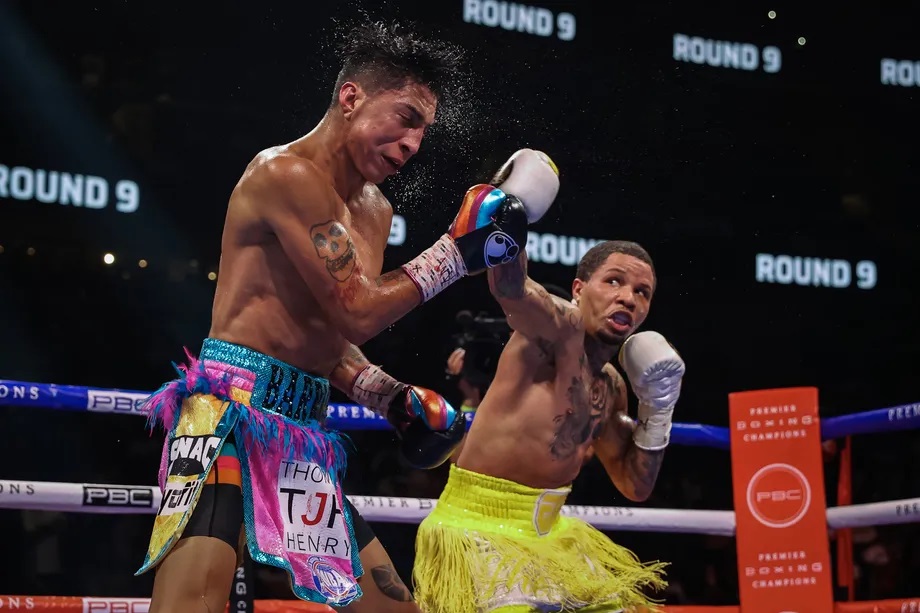 The bout, which took place at the State Farm Arena in Atlanta, Georgia on 26th June, saw Davis marking an 11th round TKO win over Barrios and in the process, becoming the new WBA (Regular) champ at 140.

Being 5 ft and 5+1⁄2 inches tall with a reach of 67+1⁄2 inches, Davis had a significant disadvantage against Barrios who measures 5 ft 10 inches in height along with a 71 in reach, and which was seen in the early rounds of the fight as Davis was having trouble to get in close to Barrios.

However, from the fifth round onwards, “Tank” started to connect his jabs more significantly, establishing his dominance over Barrios, who was returning some jabs as well.

In the eighth round, Davis knocked down Barrios twice but “El Azteca” was able to recover from both. With two more solid rounds for him, Davis finished up his work in the 11th, dropping Barrios with multiple body shots, and although the latter was getting up, referee Thomas Taylor stopped the fight, awarding Davis a win by TKO.

“I made it tough on myself. I could have made it easier, but it is what it is. I went up two weight classes and got the job done,” said Davis after the fight, “I was trying to catch him with some clean shots. I don’t want to throw just any type of shot. Eventually I caught up with him.”

“I wanted to continue, I got up for a reason,” Barrios insisted, “I’m willing to leave everything in the ring, and I hope everybody enjoyed the fights tonight.”

Check out the full Gervonta Davis vs Mario Barrios fight card results below: