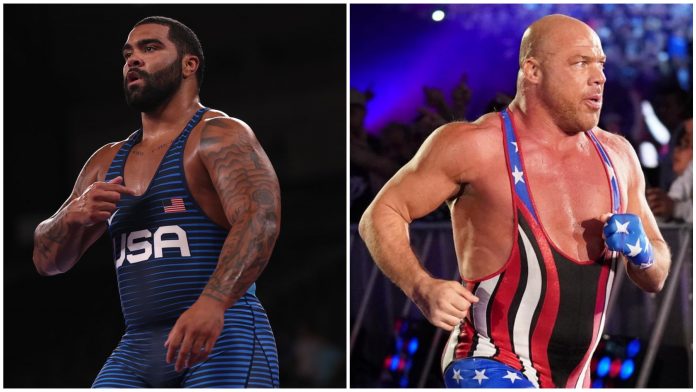 Freestyle wrestler Gable Steveson recently made the United States proud by capturing the Gold Medal at the Tokyo Olympics. Many aspire to follow the footsteps of WWE Hall of Famer Kurt Angle, who is also a Gold Medalist at Games. Steveson is not an exception in this aspect. However, he wants to make a name for himself rather than being ‘the second’ someone.

Gable Steveson is not happy with Kurt Angle comparison 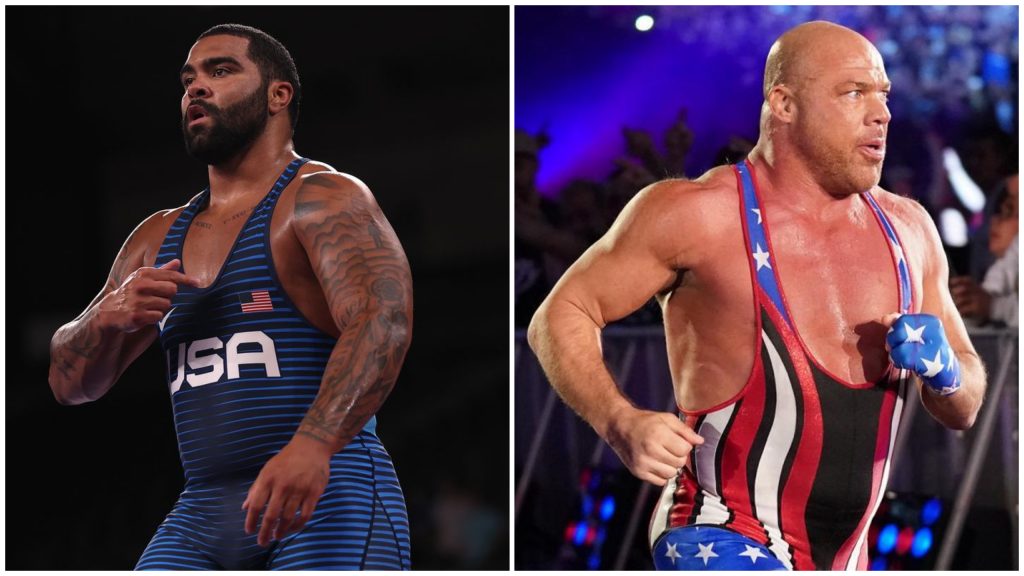 Steveson’s switch to pro-wrestling has certainly excited the fans but they started comparing him to WWE Hall of Famer Kurt Angle, with some saying he should be given a gimmick similar to Angle, with theme music similar to him as well. Gable recently responded to the comments in a tweet and he wants to make an identity for himself.

I’m not the next Kurt Angle.. I’m Gable Steveson.. Now, Please Enjoy The Show.. Thank you! 🍿

Some fans had also pointed to an Instagram post Gable made back on August 28. The photo shows the 21-year-old in his Team USA singlet, with a caption that calls himself a modern-day Gable Steveson

“Modern Day Gable Steveson..,” he wrote as the caption to the photo,

WWE has announced the signing of heavyweight freestyle wrestler Gable Steveson. He has responded to the news too. As it turns out, the 21-year-old Olympic gold medalist has been signed to an exclusive multi-year agreement with Vince McMahon’s company, following long-running speculation over the move. He is set to join his brother, Bobby Steveson, who signed with WWE last month as part of the most recent Performance Center class.

The signing of Gable represents WWE’s first-ever NIL (names, image, likeness) deal. He will join the company while also defending his NCAA title for the University of Minnesota.

Here is WWE’s official statement regarding the deal:

“WWE signs Olympic gold medalist and reigning NCAA wrestling champion Gable Steveson to an exclusive agreement. In the company’s first-ever NIL deal, Steveson will join the WWE roster while defending his NCAA title for the University of Minnesota”

UFC had shown interest in roping Steveson but he chose to join WWE instead. He was also featured in the ring at SummerSlam alongside fellow Olympic gold medalist Tamyra Mensah-Stock.