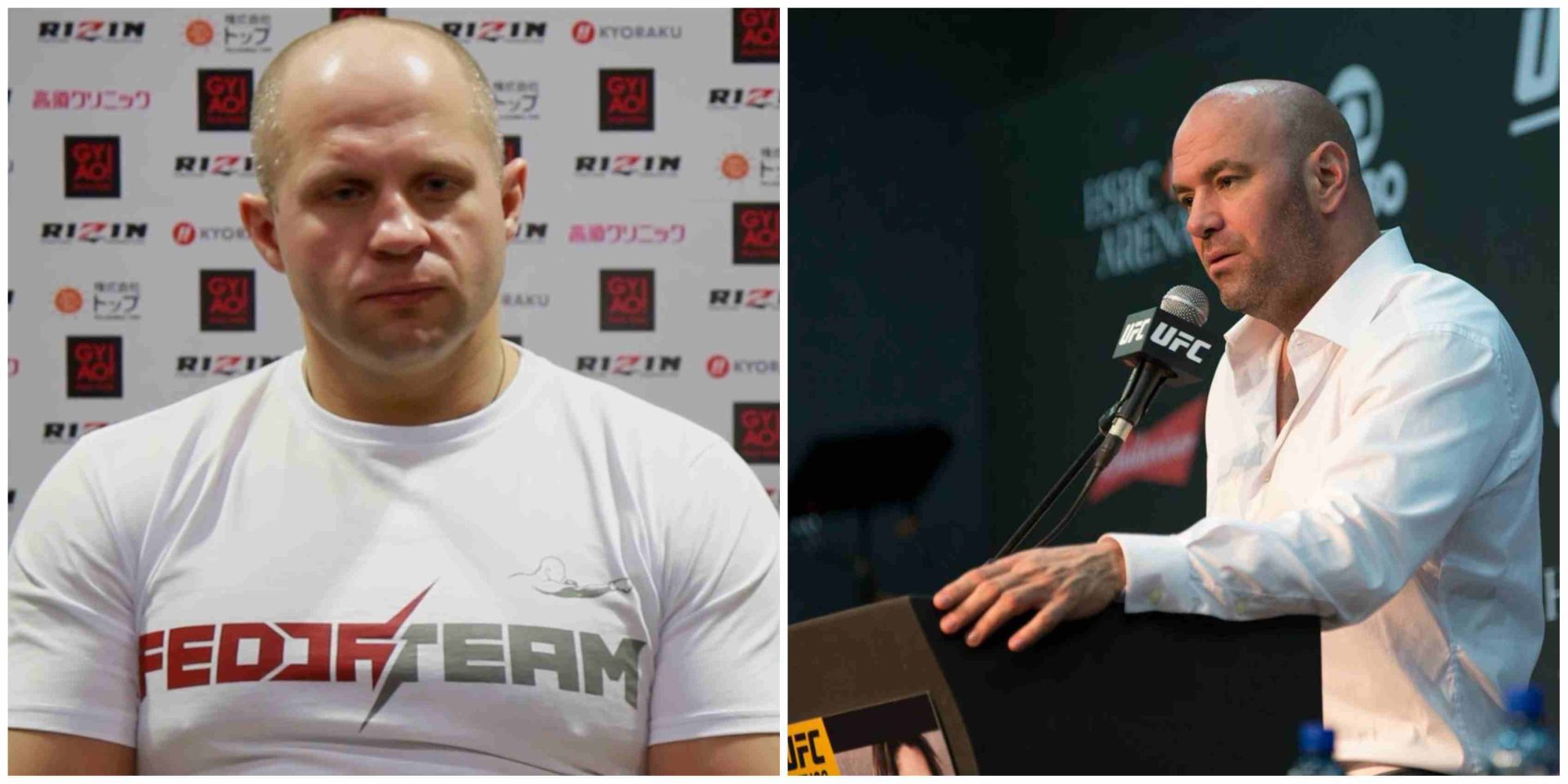 Even though Dana White has made UFC into the top drawer of the sport of mixed martial arts and one of the biggest promotions in world sports, the president of the company has often found himself at the other end of reprimands and accusations of unfair treatment of his fighters, especially regarding the fighters’ salary in the UFC. And now, the latest remarks come from a legend in the sport- Fedor Emelianenko, who terms White as ‘unfavourable’ and says that the UFC prez puts money above everything else.

Over the years, a number of top fighters in the UFC have expressed their distaste at the payout they get from headlining the events, but it went to the next level regarding the talks surrounding the Francis Ngannou vs. Jon Jones superfight that stalled because of the dispute that took place between the UFC and both Ngannou and Jones.

Furthermore, White was targeted by critics for not paying their fighters enough, and many of them including Ngannou himself recently revealed his desire to leave UFC and take up boxing due to the lavish fight purse that the squared circle offers compared to the Octagon.

Meanwhile, Fedor Emelianenko, who is speculated to have his final MMA appearance in the headline fight of Bellator 269 against UFC veteran Tim Johnson this weekend, was asked by the media the reason he never thought about joining the UFC.

There is nothing humane about Dana White: Fedor Emelianenko

The Russian, nicknamed “The Last Emperor”, revealed that it was solely his abhorrence of Dana White that kept him away from joining his company, claiming that the UFC prez is only focused on the green over anything.

“A very unfavorable impression. Money means everything to him, he has no respect towards fighters, no respect for any human being. Only money and that’s all,” Emelianenko spoke to TASS.

“There is nothing humane about him and I found that quite revolting. Money, of course, is important for living and for the family. But trading human relations for money is unacceptable,” the 45-year-old added. [H/T BJPenn.com]

Do you agree with Fedor Emelianenko’s opinion on Dana White? Let us know in the comments.