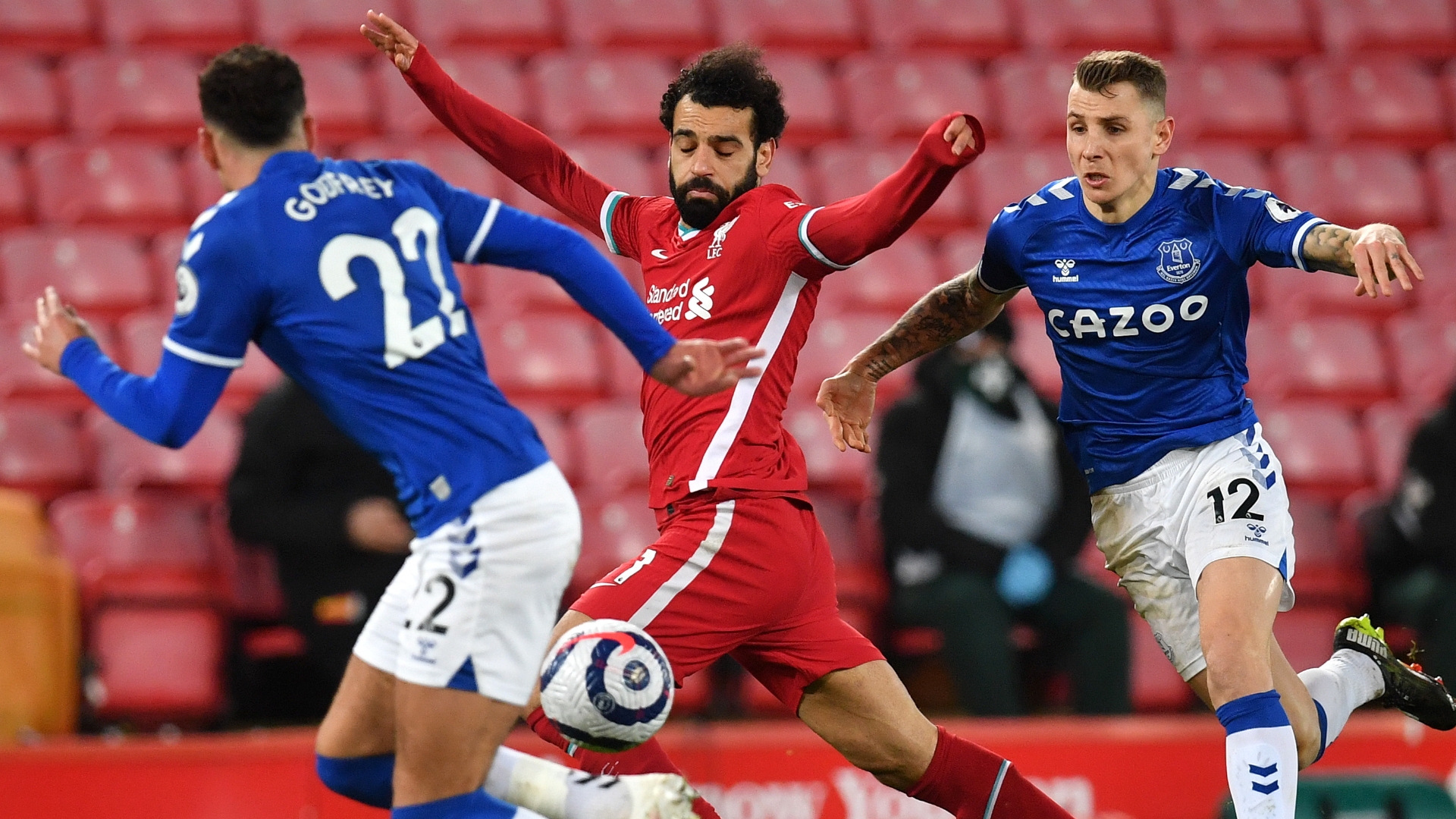 Goodison Park will host the ‘Merseyside Derby’ as rivals Everton and Liverpool are set to collide in the exciting Premier League 2021/22 fixture on Wednesday.

Everton are currently in 14th place in the league table and have strived to meet expectations this year. The Toffees recently suffered a shocking 1-0 defeat against Brentford in their previous game as an Ivan Toney penalty 24 minutes separated the two sides on Sunday. They have been on a winless run in the top flight since sinking Norwich City back in September. Rafa Benitez’s men will be eyeing to bounce back in this fixture. However, it will not be easy against Jurgen Klopp’s men.

Star striker Dominic Calvert-Lewin has been spending more time recovering from injury and Everton have now gone three Premier League games without finding the back of the net, and Benitez’s reunion with the Reds is looking certain to be a forgettable occasion.

After posting three wins from their first three at Goodison Park this term, Everton have since attained just one point from the last nine on offer on home turf.

Liverpool are currently in third place in the Premier League standings and have been a dominant force in the league this season. Jurgen Klopp’s side went past Southampton with a thrashing 4-0 victory over the weekend and will want to repeat a similar result against the Toffees.

A fourth consecutive Anfield win and clean sheet in all competitions saw Liverpool take advantage of Chelsea’s draw against Manchester United to move to within two points of the league leaders, but the third-placed Reds are also one adrift of Manchester City after 13 games.

Liverpool are favourites and are priced at 1.37, meaning if you bet ₹100 on them and if they win the match, you’ll be making ₹137.

Everton are priced at 7.50 and are the underdogs. Betting ₹100 on them will earn you ₹750 if they come out as winners.

Liverpool are currently on a great run and have tallied an extraordinary 17 goals in their last five Premier League games. The likes of Mohamed Salah and Sadio Mane can singlehandedly win matches on their day and have made their mark in the Merseyside Derby in the past.

Previous articleJim Ross reveals possible conspiracy of WWE to get him fired
Next articleBron Breakker disrespects Johnny Gargano with obscene gesture during NXT 2.0