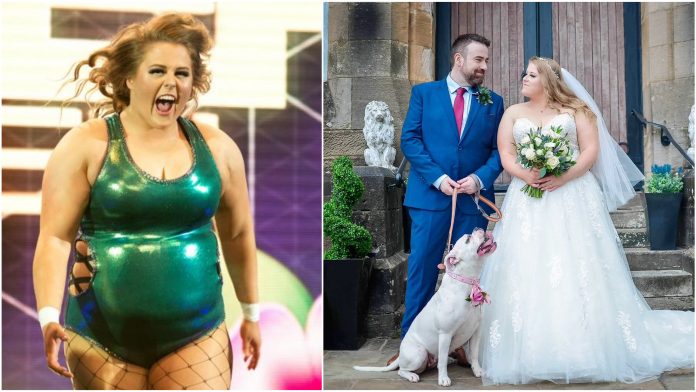 WWE star Doudrop(formerly known as Piper Niven) recently made a special announcement of her wedding. She took to her Twitter account and shared some images from the huge day of her life. 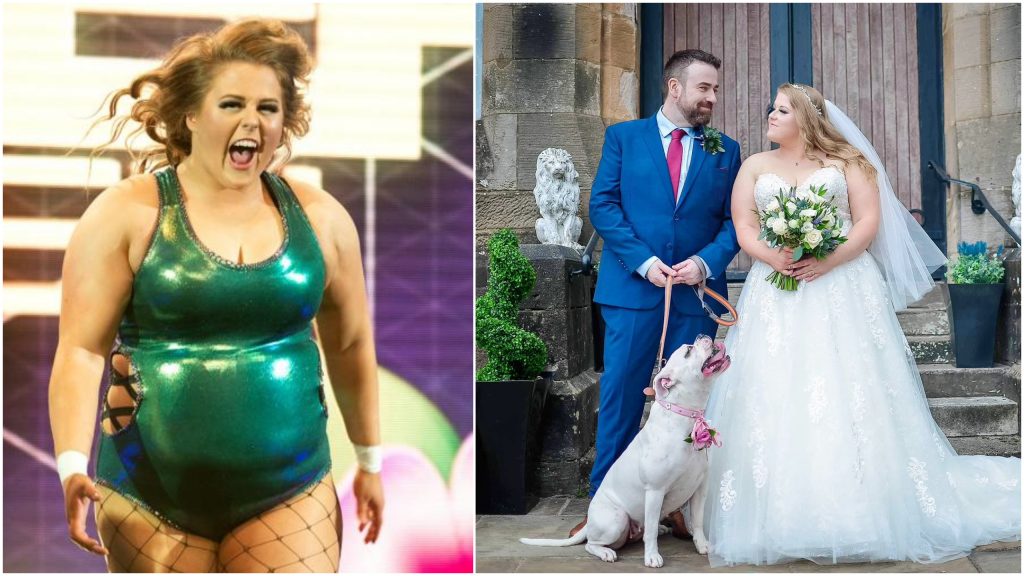 The former NXT UK star had previously revealed back in 2019 that she was bisexual. But she had started a relationship with the man who is now her husband. She also let her fans know that her dog Matilda was also part of the ceremony.

The former NXT UK star is currently evolving to become a huge star on the main roster after she recently made her debut alongside the returning Eva Marie a few months ago. It is not secret that she was formerly known as Piper Niven. It was Marie who introduced her as Doudrop. WWE might decided to gave her name back once she finishes up the feud with Marie.

Though, Marie and Doudrop seemingly got along at the onset, now their relationship has turned bitter and they are involved in a feud. The most recent update to their WWE storyline saw Doudrop demanding a rematch with Eva Marie after she picked up an indecisive win over the star. This rematch could potentially happen at Extreme Rules. She recently fought Dana Brooke on an episode of Main Event.

Doudrop opens up on her first meeting with Vince McMahon

She recently had an interview with Metro when she recalled her first interaction with WWE Chairman Vince McMahon. She said that she was scared prior to the meeting but it went well.

Here is what she said: “I met him on the first day that I got to Raw and I was super scared because obviously I’ve been a wrestling fan for the majority of my life.”He was super cool, he just said, “Welcome to Raw, so glad that you could come over, we’re gonna have a lot fun with your character.”

She added: “I was like, “Oh good, I like to have fun, I consider myself a professional play fighter”, and he was just [laughing and applauding].So that was a really cool experience! He’s always super happy with me when I come back and seems to absolutely love it when I kill people so I’m just gonna keep doing that!’”