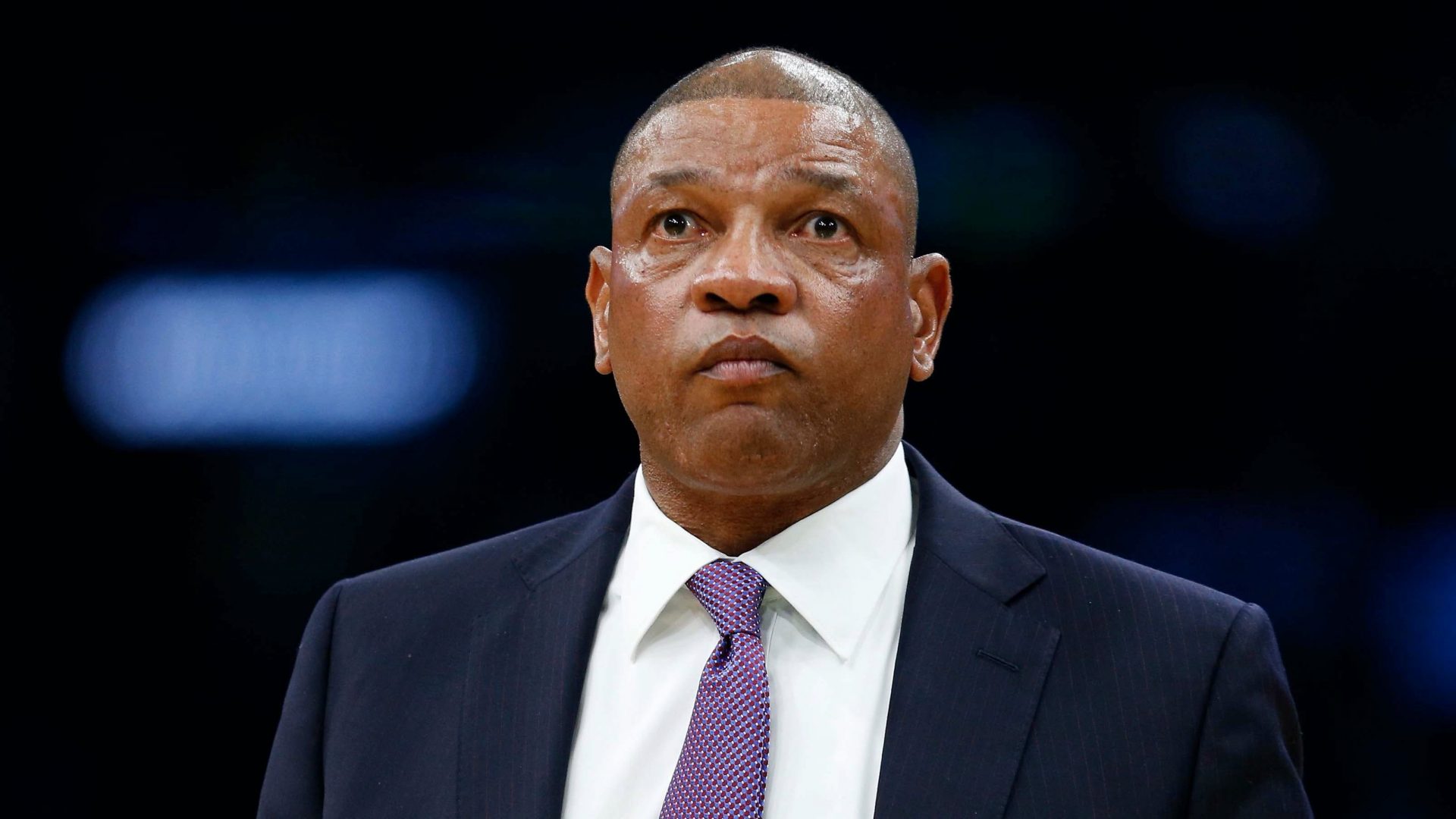 Philadelphia 76ers head coach Doc Rivers voiced his concern regarding the season completion as the NBA look to kickstart their 2020-21 campaign from December 22. He claimed that he is ‘very concerned’ and compared the NFL and college sport’s current scenario to make his case.

With the preseason games set to begin on December 11, the league has already started taking measures to avoid any possible cases and spread of the virus. Daily virus testing and anonymous safety hotlines are underway, but Doc Rivers still has his doubts over the completion of the season.

“Man, I tell you I’m very concerned if we can pull this off,” he said to reporters on Tuesday.

He elucidated by comparing the present scenarios in the NFL and the college leagues, but he also compared the differences between football and basketball due to the number of players available and the gap between the matches.

“Just watching football, in college you have Ohio State missing games, Pittsburgh and Baltimore can’t even play a game [in the NFL], they can’t get to it, hopefully they play Wednesday now.

Rivers, who replaced Brett Brown at the 76ers after his stint with the Los Angeles Clippers, feels that even one case might knock the franchise out of contention in the long journey.

“So if one of our guys, or two of our key guys, get the virus and they miss 10 days to 14 days, that can be eight games. In a 72-game season, that can knock you out of the playoffs.

“That’s a concern, our guys’ health is a concern, and that’s tough. As a coach, you want to go into your chief concerns being more basketball, and I think every coach’s concern right now is probably non-basketball.” Rivers concluded

NBA had to bring a halt to their proceedings during the previous season due to the rising number of cases. The league, which was stopped in March, was resumed in a bubble where 22 teams were invited to play their remaining fixtures.