Devon Larratt sends a bold message to his haters 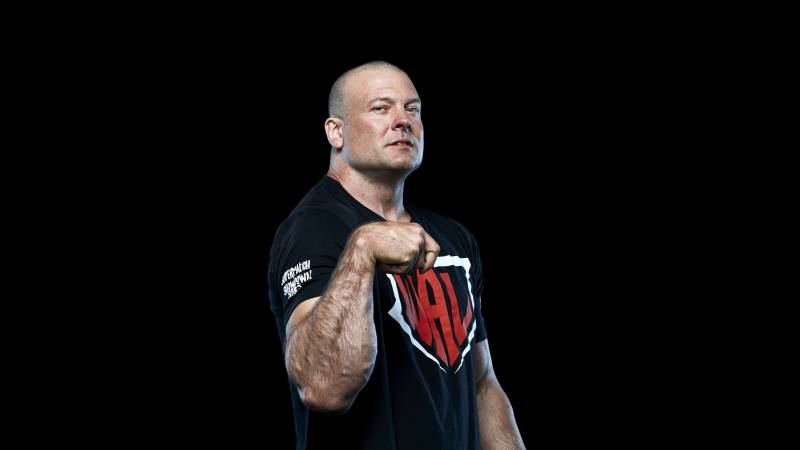 Haters could sometimes get into the head of the sports stars be it in Arm Wrestling or any other field of sports. It was recently speculated that World champion Devon Larratt might have been angered by the comments of Sap The Bee as a video clip emerged from a press conference. Larratt joined Pradeep Singh on ARMWRESTLING NEWZ for an interview as he spoke about similar matters. He was asked if the comments from the haters bother him and if they get better off him.

During the interview, Devon Larratt stated that it is a great sign that the sport is drawing the attention of the fans. According to him, some part of the audience hates him without knowing him while some hate him knowing his real self. He believes that people developing some feeling about the sport makes it a success. But, Devon Larratt stated that he wants more reactions to be showered down on the sport moving forward.

“I really like it. I think that it’s a good sign, that we’re doing well as a sport, when I have people that hate me, that may or may not know me. I’m sure a lot of these guys do know me and they hate me. But I’m sure that probably a lot more of them actually don’t even know me personally and hate me which is great. It just shows that we’re making feel people something. I’m happy about it. I want people to hate me more. I’m sure that won’t be difficult.”

When asked if that mean it doesn’t bothers him, Larratt replied: “The only thing that bothers me is that they don’t hate me more and ther’s not more of them. I want much more hate, I want more love and I want more hate as well. It’s just great,bring it on.”

The Canadian star secured his second victory of 2021 with a dominating performance against one of the best ever in the sport- John Brzenk, in the main event of King Of The Table 2 on 11th December in Dubai. He had then called out Levan Saginashvili for a match at King Of The Table 3. Now it turns out, Saginashvili signed his contract and the match will be heading for the fourth edition of King of The Table on 25th June.

Previous article
World Cup 2022: where and when will the final take place?
Next article
Hafthor Bjornsson defeats Eddie Hall via unanimous decision