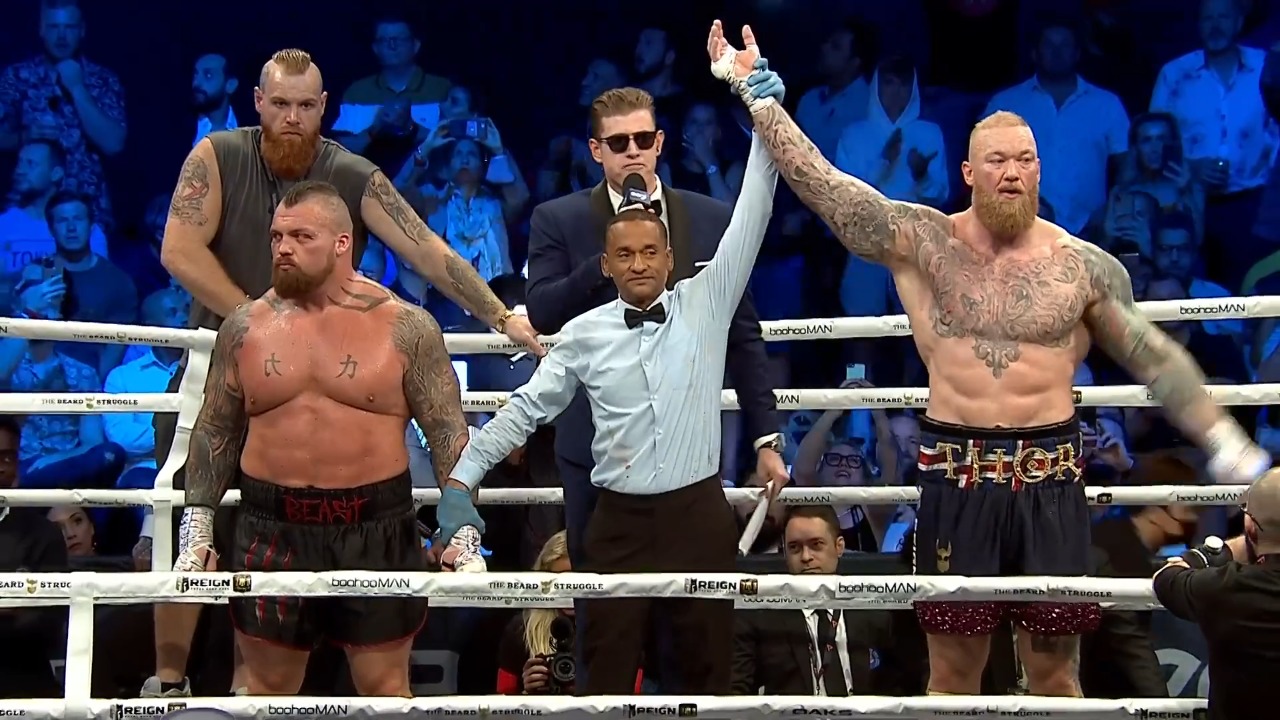 In an exciting fight, Hafthor Bjornsson defeated Eddie Hall via unanimous decision. Hafthor dropped Hall twice in the fight to ultimately take the fight. In the opening round, Hafthor and Hall were extremely active and it looked like Hall came with a specific gameplan in mind as he landed some hard shots and kept the Icelandic at bay. However, Hall started to lose steam as he was dropped in the third round and then in the fifth round.

Thor and Eddie, both have been the winners of the prestigious “World’s Strongest Man” tournament and are the only two men to ever deadlift 500 kilos. For their boxing fight, both have undergone drastic physical transformations. 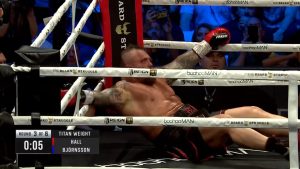 Hafthor, who hails from Iceland, is famed for portraying the character of “The Mountain” in Game of Thrones, the 6’9”. However, to don the gloves, he went down to a modest 145 kilograms (319.7 pounds) from his original 205 kilograms (452 pounds) weight.

Meanwhile, Hall has made a steady recovery from his injury and had also gone into a weight cut for the fight, from his bulky 200kg “Beast” avatar that he is known to his fans as, down to a chiseled 158 kg with remarkable abs definition. The 33-year-old Briton had also slashed his daily calorie intake from 12,000 to just 6,000.