The WNBA star Brittney Griner, who had been imprisoned in Russia for months on drug-related charges, was freed on Thursday as part of a prisoner swap for international arms dealer Viktor Bout, putting an end to the ordeal that had sparked protracted, high-level talks between the United States and the Kremlin to secure her release.

According to people familiar with the agreement, Mr. Biden only recently gave final clearance to the exchange agreement that was negotiated with Moscow in recent weeks.

The vice president, secretary of state Antony Blinken, vice president Kamala Harris, and Griner’s wife Cherelle were present when the president claimed to have spoken to Griner on the phone from the Oval Office. Griner was supposed to get a quick medical checkup as is customary for recently released American prisoners. 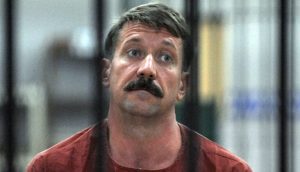 The president gave the order for Bout to be released and sent back to Russia in exchange for Griner’s freedom. The commutation order that reduced Bout’s 25-year federal prison term was signed by Mr. Biden.

Notably, the exchange of Griner for Bout leaves retired U.S. Russian prison for Marine Paul Whelan. Whelan has been in Russian detention for nearly four years. He was found guilty of what the United States has deemed bogus espionage allegations.

In a phone interview with CNN on Thursday, Whelan said that while he was relieved that Griner was free, he was “greatly upset that more has not been done to achieve my freedom, especially as the four-year anniversary of my arrest is approaching.”

Russian state media video, verified by The New York Times, shows the prisoner exchange of Brittney Griner and Viktor Bout, the convicted Russian arms dealer known as “the Merchant of Death,” at an airport in the United Arab Emirates. https://t.co/sw6OPSRgrI pic.twitter.com/QTAYQUZDk8

Brittney Griner, a 32-year-old star centre for the WNBA’s Phoenix Mercury, was held at a Russian airport in February and eventually pleaded guilty to charges coming from the finding of cannabis-derived oil cartridges in her luggage. Griner claimed that when she went to the nation to take part in a Russian basketball league during the WNBA offseason, she didn’t intend to carry the cartridges with her.

Sources claim that the one-for-one exchange took place over the past two weeks after five months of stalled diplomacy and other prospective swap deals, including a previously unreported offer by the U.S. this past summer to send two detainees back to Russia in exchange for the two Americans.

Whelan, who had worked as a corporate security contractor, was in Moscow for a friend’s wedding when he was held at a hotel in December 2018. The U.S. and Whelan both contested the charge of espionage, which was ultimately upheld by Russian authorities, who jailed him for 16 years. Whelan spent four years in Russian captivity prior to this month.

The Drug Enforcement Agency apprehended Bout in Thailand after a sting operation in 2008; he was most recently detained at a federal prison in Marion, Illinois. He was given a 25-year term after being found guilty of planning to murder Americans.

Brittney Griner’s  detention occurred at the same time as Russia’s aggressive invasion of Ukraine began in February, and this conflict has affected all of the United States’ relations with the Kremlin. Griner and Whelan were “wrongfully imprisoned,” according to the United States, and officials have reason to believe that Russia has been using the American detainees as leverage.

The Biden administration officials cautioned that making information about the swap public beforehand would probably result in Russia pulling out of the agreement and could put Griner’s safety at risk.