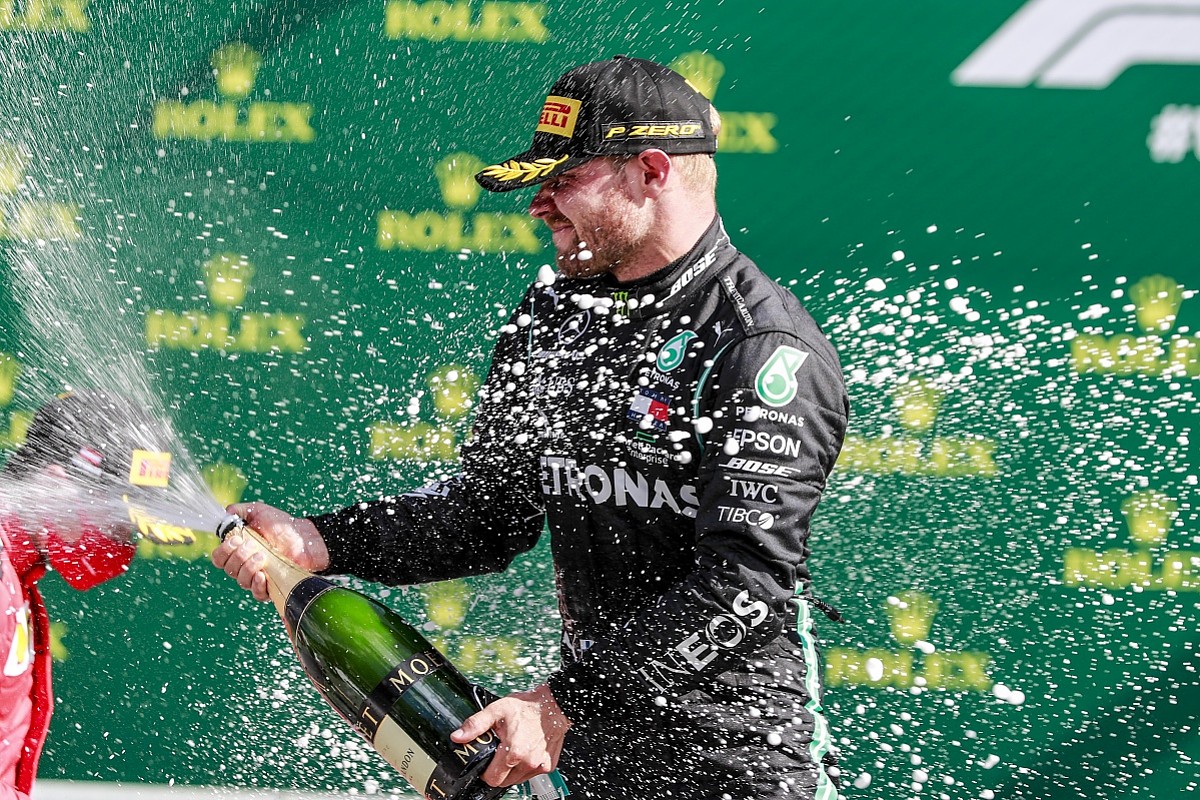 The first 5-second penalty was received after a practice start violation. The second violation he’s also been given a second five-second violation related to that pre-race incident, according to Race Control.

Hamilton was looking to match Michael Schumacher’s record of 91 wins in Formula One but had to settle for third behind Bottas and Max Verstappen. Bottas built a sizeable lead over Verstappen with ease and cruised to his first victory since the season-opening Austrian Grand Prix.

It was the second time in three races that Mercedes have fallen foul of race instructions – after he pitted when the pit lane was closed at the Italian Grand Prix, costing him a win.

Hamilton’s lead over Bottas reduced to a still decent 44 points after 10 of 17 races. Dominant Mercedes continued their record of winning every Russian Grand Prix since the first one in 2014.

BOTTAS WINS!!! Valtteri Bottas storms to victory at Sochi, ahead of Max Verstappen and Lewis Hamilton, who was handed a 10-second time penalty early in the race

Hamilton went onto make a comeback in the race, after dropping as low as 11th, but he still wasn’t able to pass by Bottas and Max Verstappen.

Furthermore, there are reports circulating that Hamilton may get two penalty points for his mistakes on Sunday and is now on 10 penalty points. An accumulation of 12 points would result in a ban.

Behind the podium positions, a good race for Racing Point’s Sergio Perez saw him come home fourth, while despite getting a five-second penalty hanging over him for not running through the Turn 3 rejoining bollards after going off the track, Renault’s Daniel Ricciardo was quick enough to maintain P5 at the flag, ahead of the Ferrari of Charles Leclerc in sixth.

Hamilton, who finished in pole on Saturday, went into the race under investigation for making two practice starts from the wrong place in the pit lane on his reconnaissance laps to the grid, around 35 minutes before the grand prix started.

The Safety Car was called on the opening lap for two incidents, the first when Carlos Sainz miscalculated his entry to the track around the blocks at Turn Three and slammed his left-front tyre into the wall and the other when Lance Stroll was spun around at Turn Four by Charles Leclerc.

Edge of your seat stuff as Gasly and Albon go at it for the final points position – and Gasly emerges in P10 ⚔️#RussianGP 🇷🇺 #F1 pic.twitter.com/aO7A3D9JUo

Leclerc escaped a penalty for that incident and finished very strongly in sixth place, splitting the two faster Renaults, on an afternoon that his outgoing team-mate Sebastian Vettel again struggled and finished a lapped 13th.