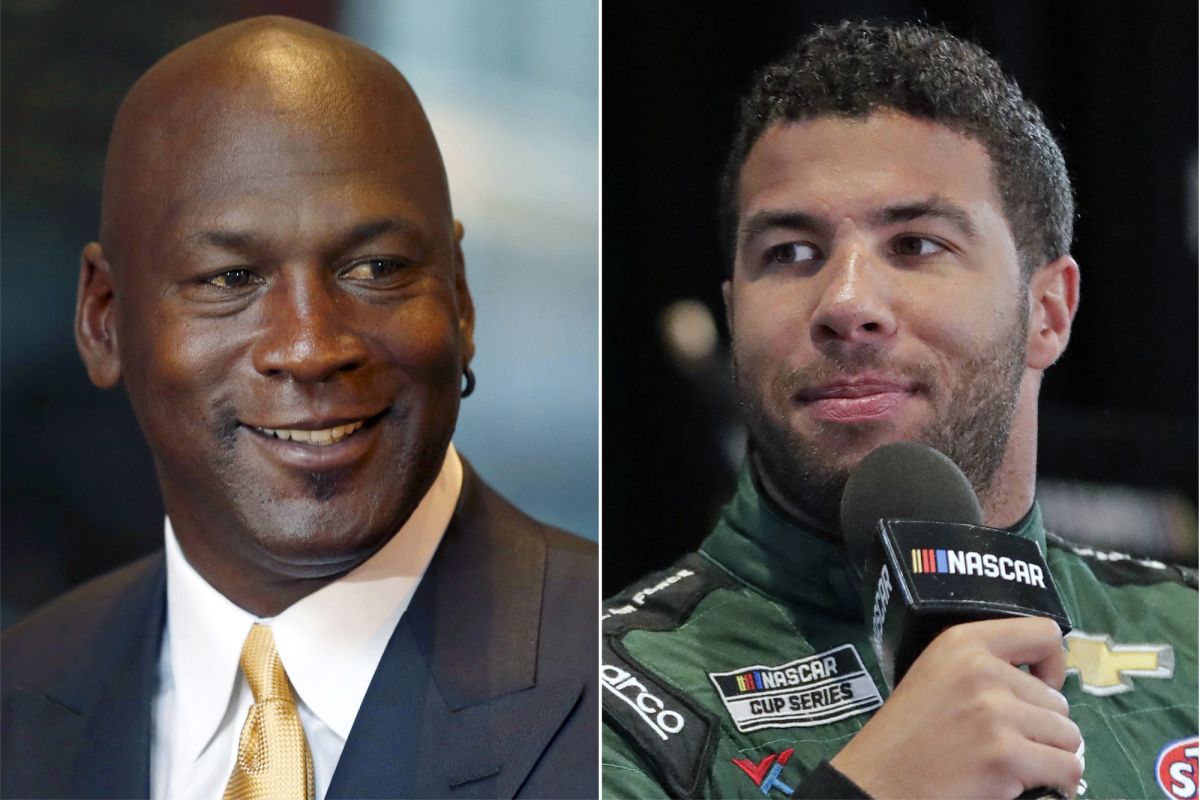 Basketball legend Michael Jordan has announced the purchase of a NASCAR Cup series charter team and the signing of trailblazing driver Bubba Wallace to race for the new outfit next season.

Jordan, widely regarded to be the greatest player in NBA history with an estimated net worth of $1.6 billion, will be the majority owner in the new franchise with veteran racer Denny Hamlin as minority partner.

Hamlin, a three-time Daytona 500 winner and a top contender for this year’s Cup title, will be part of a single-car Toyota entry with Joe Gibbs Racing. Hamlin has raced his entire career for Gibbs, a Hall of Fame NFL coach.

Last year, Jordan talked to @DaleJr about how he became friends with Denny, and watching Dale Earnhardt, Richard Petty and more as a kid. pic.twitter.com/yCMKFLrwzQ

Jordan becomes the first Black principal owner of a full-time Cup team since Hall of Famer Wendell Scott drove his own race car in 495 races from 1961 to 1973. Scott’s 1964 victory at the Jacksonville 200 is the only win by a Black driver in Cup history.

“Historically, NASCAR has struggled with diversity and there have been few Black owners. The timing seemed perfect as NASCAR is evolving and embracing social change more and more.”

Founded in 1948, NASCAR has since grown to include 1500 races on its calendar at over 100 different locations. It has now become the most popular motorsport in the United States.

“Growing up in North Carolina, my parents would take my brothers, sisters and me to races, and I’ve been a NASCAR fan my whole life. The opportunity to own my own racing team in partnership with my friend, Denny Hamlin, and to have Bubba Wallace driving for us, is very exciting for me.” Michael Jordan said.

The NBA great, who earlier this year announced that he would spend $100m over 10 years for initiatives combating systemic racism, said the move into NASCAR is another step against racial inequality.

The 6-time NBA champion got an opportunity to invest in an African-American driver in Bubba Wallace. Wallace’s contract with his current team Richard Petty Motorsports is up at the end of this season. Wallace is also a major voice for the Black Lives Matter movement in the NASCAR circuit.

Wallace placed ‘Black Lives Matter’ as a sponsor message on his car in a race this season. He was also recently in the news for a rope tied up in the form of a noose in his garage – an incident later declared to not be a hate crime by the FBI.

Bubba Wallace is winless in 105 Cup starts over four seasons, but he has six career victories in the Truck Series. He’s been hampered by mid-level equipment driving the No43 for Hall of Famer Richard Petty.

“This is a unique, once-in-a-lifetime opportunity that I believe is a great fit for me at this point in my career. I am grateful and humbled that they believe in me, and I’m super pumped to begin this adventure with them”, Wallace added.