Philadelphia 76ers point guard Ben Simmons has reportedly asked the franchise for a trade after the relationship between the two parties turned sour in the off-season. Simmons apparently did not even return the franchise’s calls or texts from his teammates.

The core reason behind the fallout is Simmons’ hand in the 76ers’ exit from the playoffs at the hands of the Atlanta Hawks in the conference semi-finals. The Australian player had a rough series as they failed to qualify for the finals after having finished as the second seed in the regular season.

While it seemed that things would improve in the off-season as Simmons opted out of the Olympic games to focus on his game, it did not turn out as anticipated. He has now informed head coach Doc Rivers and president of basketball operations Daryl Morey, that he does not wish to represent the Philadelphia 76ers anymore. He has also declared that he won’t be joining the training camp as well in a bid to force a potential move out. 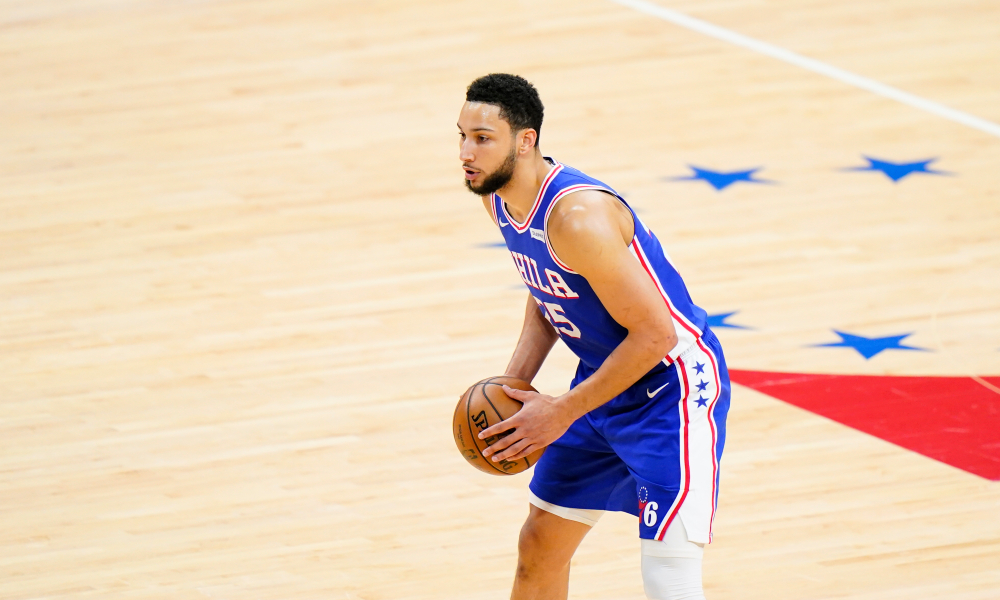 “I know exactly what we wanna do. I’m very bullish on Ben still but there is work and Ben will be willing to do it … there are areas that he can fix quickly that will take him to another level.” Doc Rivers had said on Ben Simmons after the 76ers’ exit

“Sometimes you have to go through stuff to see it and be honest with it. Obviously what Ben just went through, I can’t imagine that. Because he has so much greatness around him in all the things that he does. There’s areas that he can fix quickly in my opinion and get better, that can take him to another level.” he had added

Simmons has emerged as a prime trade candidate for several franchises. However, the 76ers have a pretty hefty demand for the player, which includes an all-star player in return among other things.

The 76ers were interested in acquiring Damian Lillard from the Portland Trailblazers, however, it seems that the player will stay put with the franchise for now.

The rest of the entourage of Tobias Harris, Seth Curry, and Joel Embiid are the ones to watch out for. Dwight Howard has been acquired by the Los Angeles Lakers after spending a season in the East.

Previous articleMJF hails himself similar to WWE Legend, admires the veteran for his promo skills
Next articleMiami Heat legend has a word of advice for Bam Adebayo