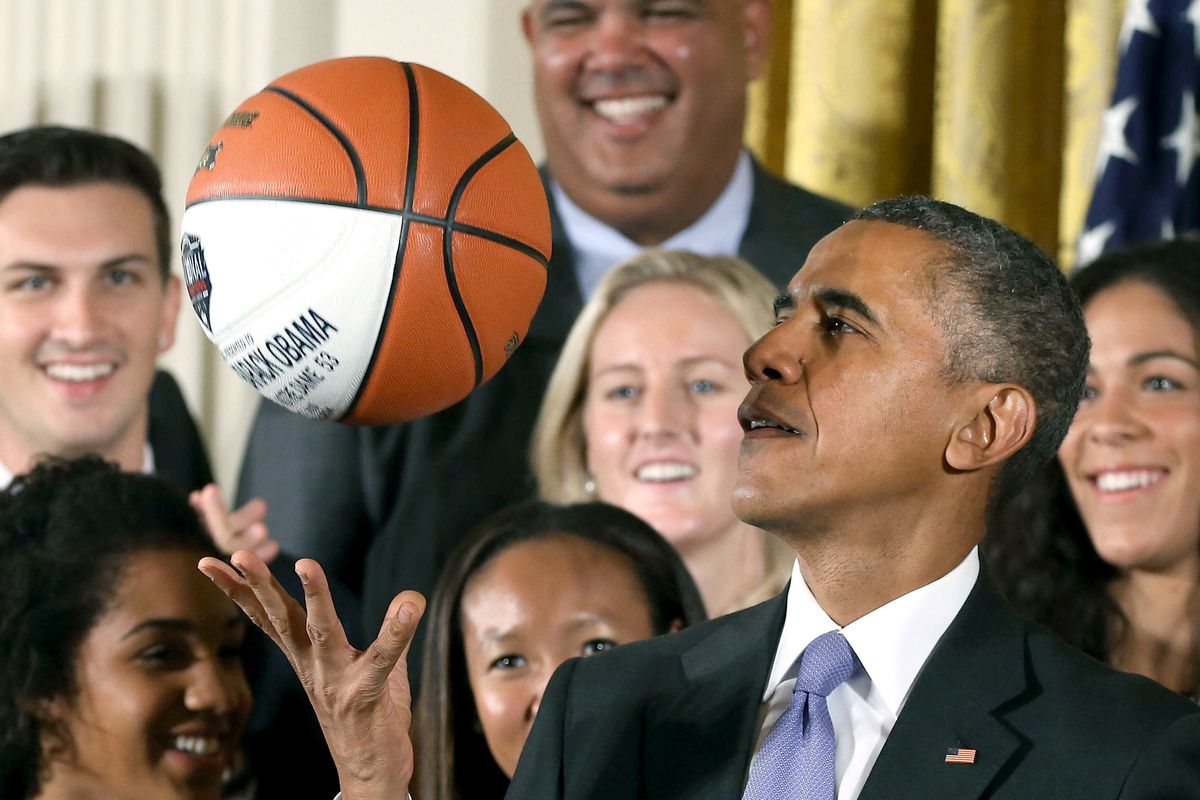 Former President Barack Obama advised a group of NBA players led by Los Angeles Lakers star LeBron James to resume the playoffs this week after a brief boycott to protest the shooting of Jacob Blake in Kenosha, Wisconsin. Obama spoke with LeBron James, Chris Paul and a small group of players late on Wednesday night.

With the season hanging in the balance, Obama reportedly advised them to play and to “utilize the opportunity to contextualize action they want in order to play.”

They also discussed forming a committee for player action with the hope that Obama would be involved in some capacity.

“They discussed establishing a social justice committee to ensure that the players’ and league’s actions this week led to sustained, meaningful engagement on criminal justice and police reform”, a report read.

The NBA postseason came to a sudden stoppage on Wednesday after the Milwaukee Bucks refused to take the court for Game 5 against the Orlando Magic. Minutes after the Bucks’ intentions were clear, the five other teams scheduled to play that day joined the Bucks in refusing to play and a boycott of the playoffs was on.

During a tense meeting amongst players regarding what steps to take next, LeBron James and the Lakers and Clippers walked out early after voting to end the season.

In a statement, the NBA announced that in cities where franchises owned their own arenas, the league would work with local officials to turn stadiums into voting locations for the November 3 general election — a cause that James’ More Than A Vote group was already supporting. The Los Angeles Clippers announced on Friday that the Forum in Inglewood, Calif., would be used as a voting center for the upcoming November elections. New York’s Madison Square Garden, Houston’s Toyota Center and Salt Lake City’s Vivint Arena, among other arenas, have made similar announcements in recent days.

Obama’s office issued a statement about the meeting Friday: “As an avid basketball fan, President Obama speaks regularly with players and league officials. When asked he was happy to provide advice on Wednesday night to a small group of NBA players seeking to leverage their immense platforms for good after their brave and inspiring strike in the wake of Jacob Blake’s shooting.”

The NBA and NBPA announced Friday that the postseason will resume on Saturday, and that several specific social initiatives would be implemented.

✊🏽JUSTICE FOR JACOB BLAKE✊🏽⁣ ⁣ Firstly. Please stop asking if we are okay? We aren't. We are NOT! ⁣ ⁣ You felt that small bit of pain from the loss of Cannon. Now multiply that by 400+ years of killings, abuse, rape and trauma. ⁣ ⁣ Second. This is so beyond messed up. I made the horrible choice to watch the video. And I won't be the same. Another piece of my soul chipped off. I HIGHLY RECOMMEND TO NOT WATCH. this will cause high levels of trauma. ⁣ ⁣ This was MURDER. I'm nauseous, completely disgusted and tired of the sleepless nights. ⁣ ⁣ The Change Starts Now. These poor babies, this poor family, this neighbour, our community. We suffer. ⁣ ⁣ #JusticeForJacobBlake #ripjacobblake #restinpower #defundthepolice #blacktrauma #blm #nojusticenopeace

The protest the players took part in on Wednesday clearly demonstrated the extent of their power, with teams across the sports world following the NBA‘s lead and calling off games of their own in other sports like baseball and tennis as well.

Netflix Documentary On Bill Russell To Now Release Posthumously As The NBA Legend, 88, Passes Away