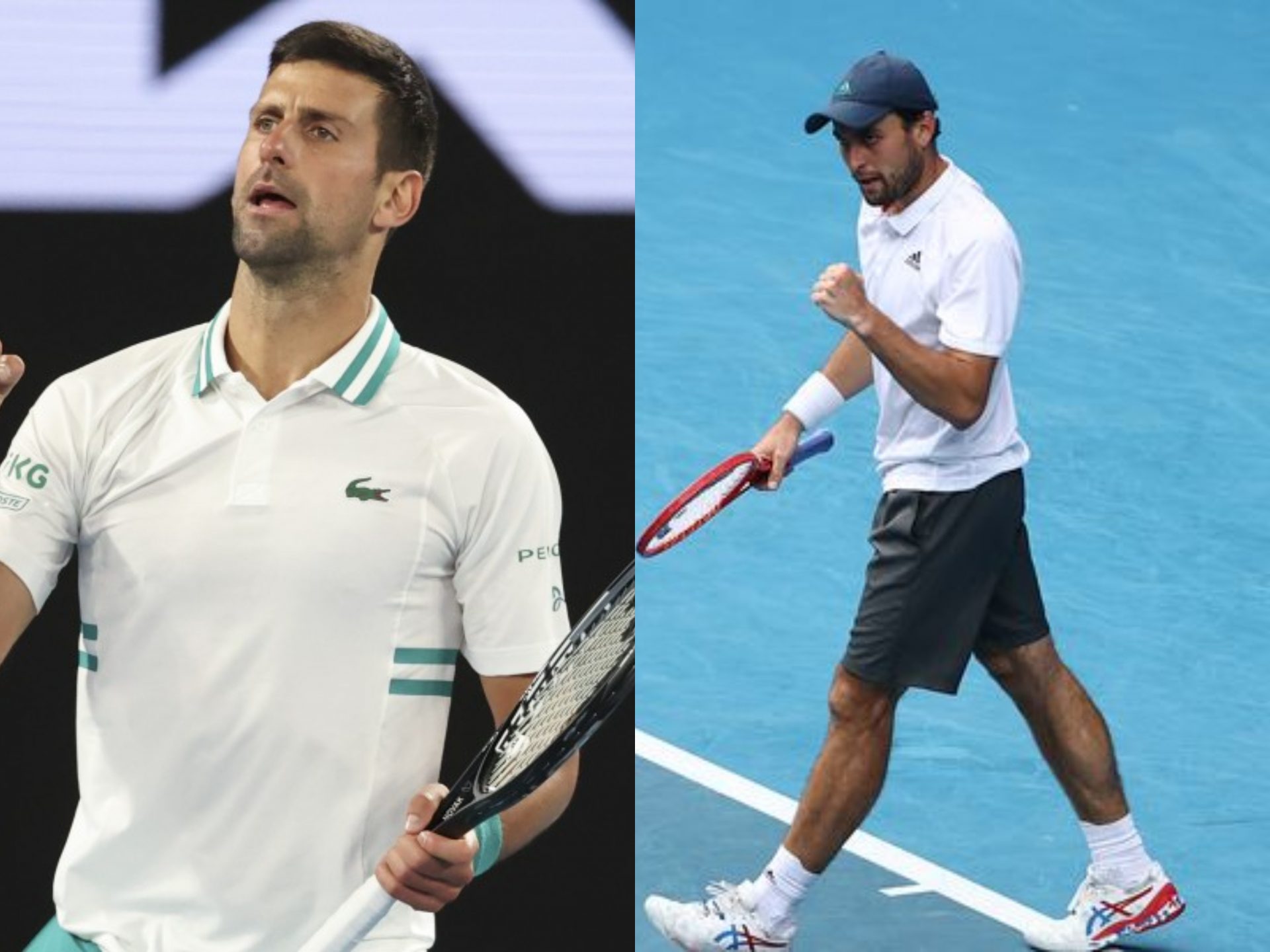 Aslan Karatsev has defeated Grigor Dimitrov to enter the semi-finals of the Australian Open 2021.

Sport is a curious thing. Filled with ups and downs, struggles and wins just like life. And never does life seem more beautiful than when an underdog emerges as a champion against all odds.

Aslan Karatsev is one such name.

The world number 114, who was making a grand slam debut at the Australian Open 2021, is now in the last four of the coveted grand slam and is slated to take on Novak Djokovic, who emerged triumphant against Alexander Zverev in a 4 set thriller.

Karatsev got off to a slow start against 18th seed Grigor Dimitrov, but rallied for a 2-6, 6-4, 6-1, 6-2 win against the physically ailing Bulgarian after two hours and 32 minutes.

Dimitrov looked sharp early, but at the beginning of the third set he began to show severe limitations in his service motion and movement, which limited his chances.

The 18th seed Dimitrov, who had raced through the first four rounds in Melbourne without dropping a set, took a medical timeout after losing the third set but it did little to improve the situation.

“I just got a back spasm yesterday, and that was it,” Dimitrov said. “We couldn’t fix it on time. It happened early in the match and kept progressing. It was unstoppable.

“I couldn’t put my socks on before the match, so I knew it was going to be tough. I tried, but it wasn’t good enough.”he concluded.

“It’s an unbelievable feeling. Of course, it’s my first time playing [a Grand Slam] main draw, the first time [in the] semis,” said an obviously exalted and a tad surprised Karatsev in his on-court interview. “It’s incredible.”

Karatsev, who is No. 114 in the FedEx ATP Rankings, had previously attempted to qualify for nine Grand Slam championships, falling short each time. In January, he finally broke through in Doha to earn his spot in this Australian Open, and he has made the most of it. The 27-year-old is the fifth qualifier to reach the semi-finals of a major in the Open Era

While one quarterfinal was full of surprises, the other one tried to instill normalcy with Novak Djokovic brushing aside Alexander Zverev 6-7 (6-8) 6-2 6-4 7-6 (8-6) in Melbourne.

Whether Djokovic would progress to the last four hung in the balance for most of an enthralling match against 23-year-old Zverev.

Momentum swung between the pair as they split a scrappy opening two sets, with the fluctuations continuing as the level increased in the third and fourth.

Novak still looked trouble with his abdominal injury but the Serb finally showed his class in the final set tiebreaker,wrapping up the game and Zverev’s hopes for his maiden Grand slam.

“Down to the very last shot, it was anybody’s match,” said Djokovic, who could only manage a wry smile after taking his second match point with an ace.

“Emotionally I feel a little bit drained, it was a real battle. We pushed each other to the limit.”