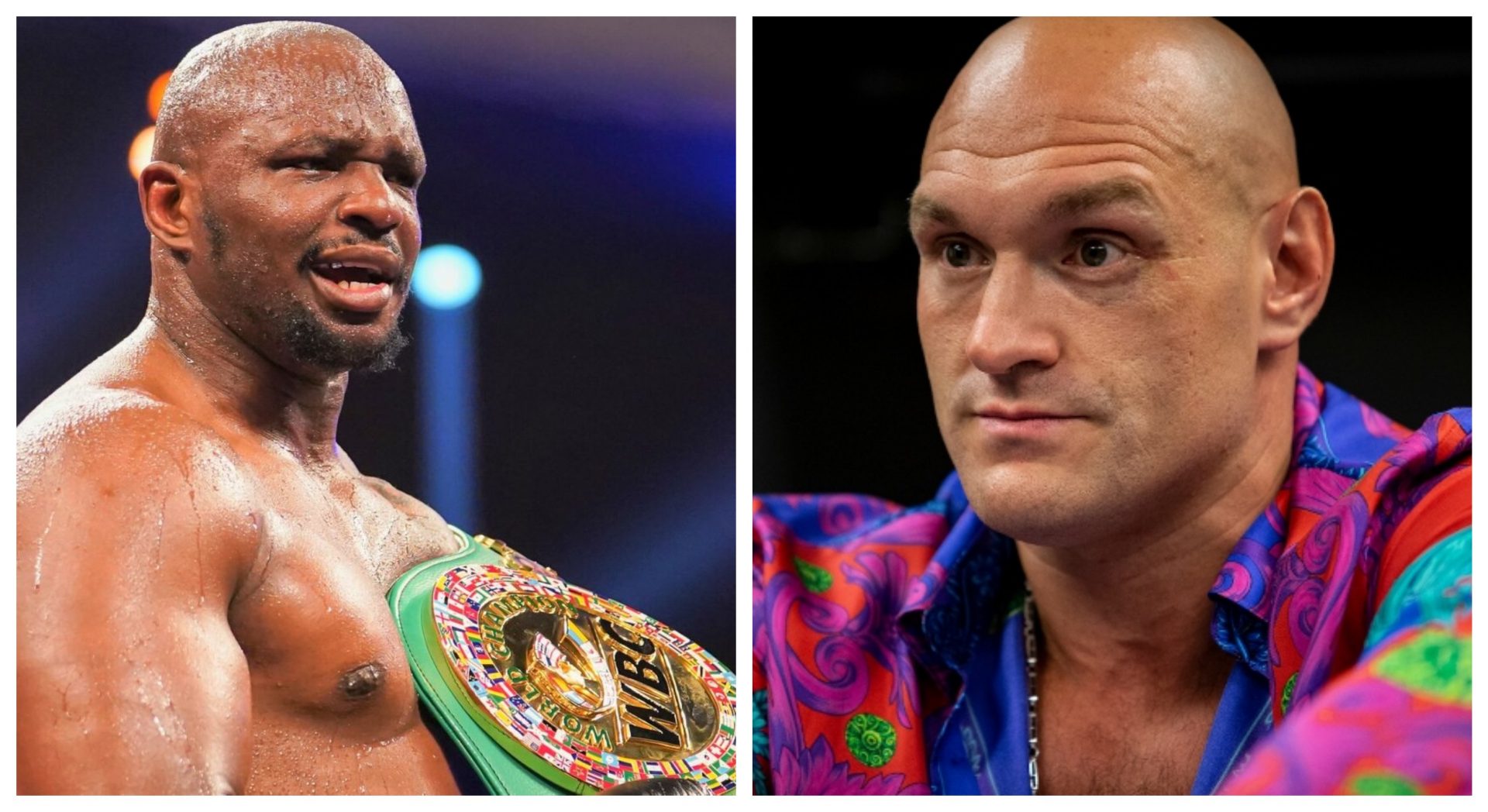 In recent times, the boxing fandom has observed the kinship that has formed between Tyson Fury and Billy Joe Saunders. The two fellow Briton pugilists have often spoken in support of one another, and before Saunders’ recent fight against Canelo Alvarez, Fury was never shy from showing support towards his compatriot.

However, last Saturday’s scenario at the AT&T Stadium was off a different flow. After Saunders sustained a broken eye socket and retired from the stool at the end of the 8th round, his father Tom Saunders wanted to come to the ring and check on his son.

As Tom moved past the barriers and was making his way to the squared circle to check on “Superb”, he was apprehended by a sturdy security guard, who shoved Saunders’ old man back pretty hard.

This entire incident had taken place right in front of Fury, who was seemingly fuming to see his mate’s dad going through this, but the WBC heavyweight champion did not come forward to help Tom up and remained behind the barriers and tried to calm things down.

Fury hits back at Whyte, who retaliates once again: Calm down Gypsy Coward

This behaviour did not sit well with how Dillian Whyte expected Fury to behave while seeing his friend’s father get shoved, and took to social media to call out the ‘Gypsy King’, calling him a ‘Gypsy Coward’ and ‘all mouth’.

On his Instagram story, Whyte posted the clip of the incident along with the following as the caption, “I don’t care what no-one says, Tyson Fury is a coward p***y. “How can you see Billy Joe Saunders’ dad get man handled like this and you didn’t do [anything]. “You are a b****, only talk s*** all the time – ‘fighting man’.”

Several hours later, Fury became aware of Whyte’s words and took to Twitter to respond to the WBC interim champion, “Dillian Whyte – ‘The Can Man’. “More like ‘The Can Get Knocked Out By A 41 Year Old Man’. #BUM”

Fury’s tweet is a reference to Whyte’s first match against Alexander Povetkin in August last year, when the 41-year-old Russian TKO’d Whyte in the fifth round to win his WBC interim heavyweight status. Whyte, however, regained the title in the rematch on 27th March.

As a response to Fury’s tweet, Whyte recalled the time when Fury did not accept a fight against Whyte several years back when it was ordered by the WBC themselves.

“Calm down Gypsy Coward you’re no king Tyson Fury,” posted Whyte, “If you thought I was a bum ‘Luke’ you would have fought me years ago when ordered by the WBC keep conning the public. #Anytime #Anywhere”