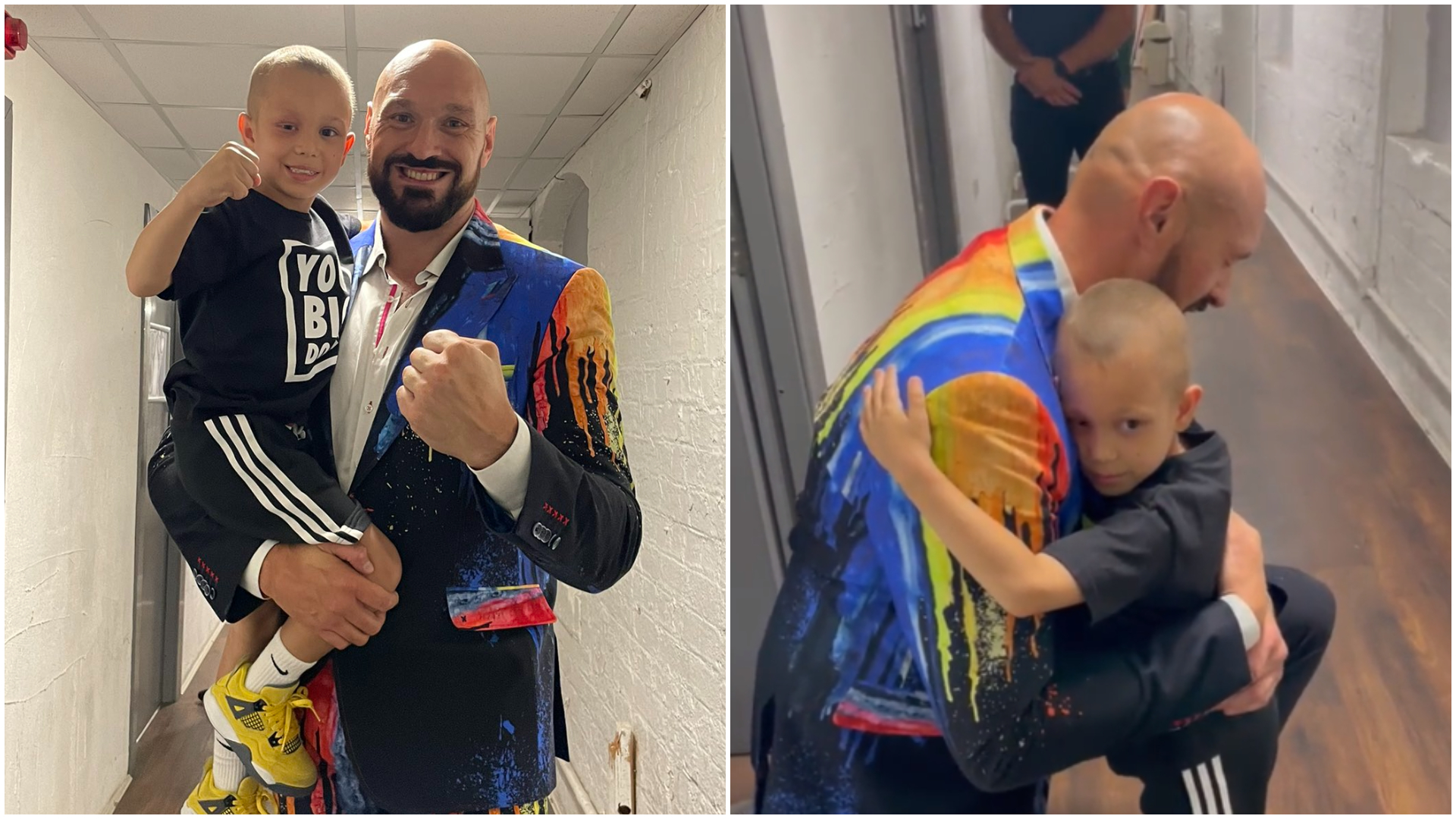 Pro boxing great Tyson Fury was recently spotted saying a prayer for a seven-year-old cancer patient, River Rhodes. The ‘Gypsy King,’ who recently announced his retirement, met the boy who is having a courageous battle with cancer. Tyson Fury is currently touring the UK as part of his ‘After Party’ series of shows after the successful heavyweight title defense. The gallant kid, River Rhodes is having a bout of his life with bone cancer.

The video clip saw the pair embraced during the prayer with Rhodes delighted with the touching gesture before Fury kisses him on the head. Rhodes and Fury later played football together in the same corridor, with the heavyweight champion having the ball poked through his legs by Rhodes who clearly enjoyed every second of the meeting.

It has been noted that Rhodes was diagnosed with rhabdomyosarcoma. For those who are not aware, it is a type of cancer that affects the soft connective tissue or bone. The type of cancer Rhodes had been diagnosed with currently makes up around 53 percent of cancers in children. His mother and teacher noticed his eye drooping during September 2021 which others initially thought was down to hayfever.

The cancerous lump was discovered which saw Rhodes begin his battle with cancer. He has had chemotherapy which has made a positive impact on the youngster. He has also been receiving radiotherapy in Manchester with his chemotherapy set to last around 12 months.

Meanwhile, Tyson Fury is enjoying his life following his retirement. Rumors had sparked that he was in touch with Saudis to face the winner of Anthony Joshua vs Oleksandr Usyk 2 for the undisputed title. However, the Brit refuted the rumors.