Instant Impact: Russell Westbrook introducing changes to Wizards’ culture in his first month with the franchise itself 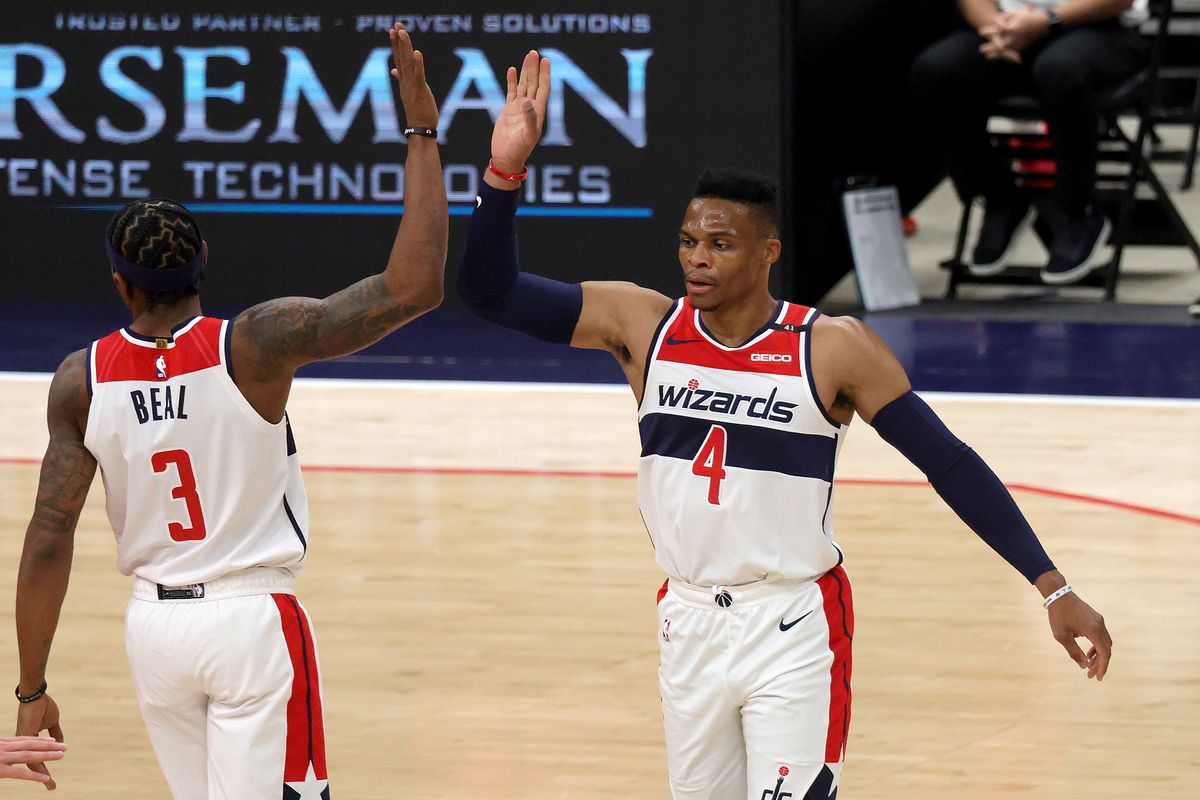 Russell Westbrook‘s stint with the Houston Rockets ended on a rather sour note as the player wished for a trade move. Having moved to the Washington Wizards recently, the 32-year-old being a rather experienced player has begun introducing changes into his new franchise’s culture.

Westbrook played Wizards’ last preseason game and was also involved in their season opener against the Philadelphia 76ers. While their opening encounter resulted in a 113-107 loss, Wizards’ players have been in awe of their latest recruit.

Wizards guard Bradley Beal spoke about the impact Westbrook has brought into the side during his short tenure so far. He revealed his admiration for the former Rockets player’s passion.

“He [Westbrook] has the resume, mentally and physically, he’s gifted,” said Beal, per Chris Miller of NBC Sports Washington. “Just from a professional standpoint, our work has been great every day, we haven’t had that I promise you in my nine years being here.

“It’s a natural carryover, it’s like contagious a lot of time,” Beal added about Westbrook’s passion. “He forces that out of you, and that’s what I love for me because I don’t have to be the vocal one all the time,” Beal added

Teammates claim Westbrook has “changed the energy of the team”

The former NBA MVP winner has been known for his unparalled passion for the sport and his leadership qualities right from his days with Oklahoma City Thunder.

He plans to continue to do the same with his new franchise as well with his arrival reportedly changing the entire energy of the team, according to Wizards power forward Rai Hachimura

After spending eleven years with Oklahoma City Thunder, his spell with Houston Rockets only lasted a year. One of the major reasons behind Westbrook’s desire to leave was stemmed by the culture of the franchise which involved preferential treatment.

“Westbrook didn’t tolerate tardiness. With the Rockets, scheduled departure times were treated as mere suggestions by Harden and others,” a source had stated prior to his departure to Washington

He was traded to Washington Wizards with John Wall heading towards the other direction. The player made an eventful start to his stint with the Wizards after registering a triple-double on his debut.

Previous article
Celtics legend K.C Jones passes away at the age of 88
Next article
“Our group’s collective IQ needs to get better,”: Steph Curry demands more from teammates following crushing loss against Bucks