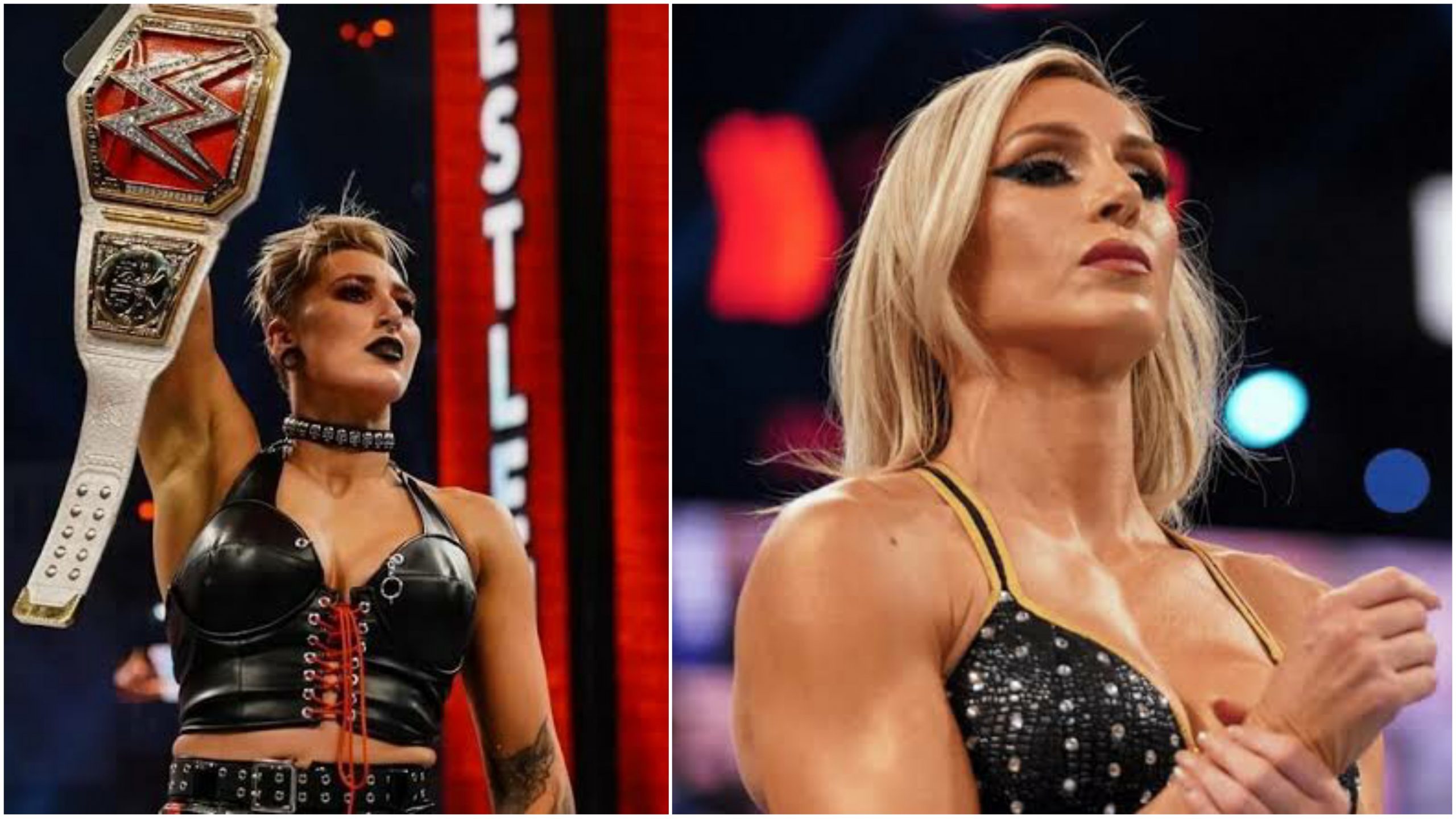 The rivalry between WWE Raw Women’s Champion Rhea Ripley and Charlotte Flair is boiling for quite some time now over the championship gold. On week’s edition of Raw Talk, The Nightmare made some claims about The Queen.

It is not unknown that Ripley and Flair have quite a similiarity in their physique, height and also the tricks. Last week on WWE Monday Night Raw, after Charlotte Flair had picked up the win for her team in the 6-woman tag-team match, it was Rhea Ripley who took a page out of Flair’s book. The Raw Women’s Champion had hit a chop block on The Queen.

This week saw Flair come out with a crutch and was announced to provide medical update. But, Rhea Ripley came down limping to the ring, with a crutch. Flair had then accused Ripley of also copying her entrance.

Ripley went on to say she sees right through Flair and can play her game better. Ripley and Flair then kicked each other’s crutches away and began swinging at each other.

Flair knocked Ripley’s crutch to the mat and kicked it out of the way. The finish to the segment saw Flair taunting her rival from the ramp as Ripley talked trash.

During the post-show, Raw Talk, Rhea Ripley had joined R-Truth and Kevin Patrick. The WWE Raw Women’s Champion reflected on the segment that had taken place earlier last night. She said:

“It was so much fun for me, so entertaining to use Charlotte’s tricks against her.It also proved that I am living rent free in her head. Every day, she wakes up and thinks about me.”

The Nightmare is looking confident ahead of her title defense against Charlotte Flair at upcoming Money In The Bank pay-per-view on July 18.

The Raw Women’s Champion Rhea Ripley is eyeing to to end her rivalry with Charlotte Flair at the pay-per-view. She made it clear saying: “I’m going to walk into Money in the Bank and beat her. You saw what I did to that crutch earlier? I broke it in two pieces. Don’t mess with me.”

It is to be seen who walks out as the WWE Raw Women’s Champion at Money In The Bank later this month, which will mark the first pay-per-view event apart from WrestleMania 37 to have live crowd in attendance.