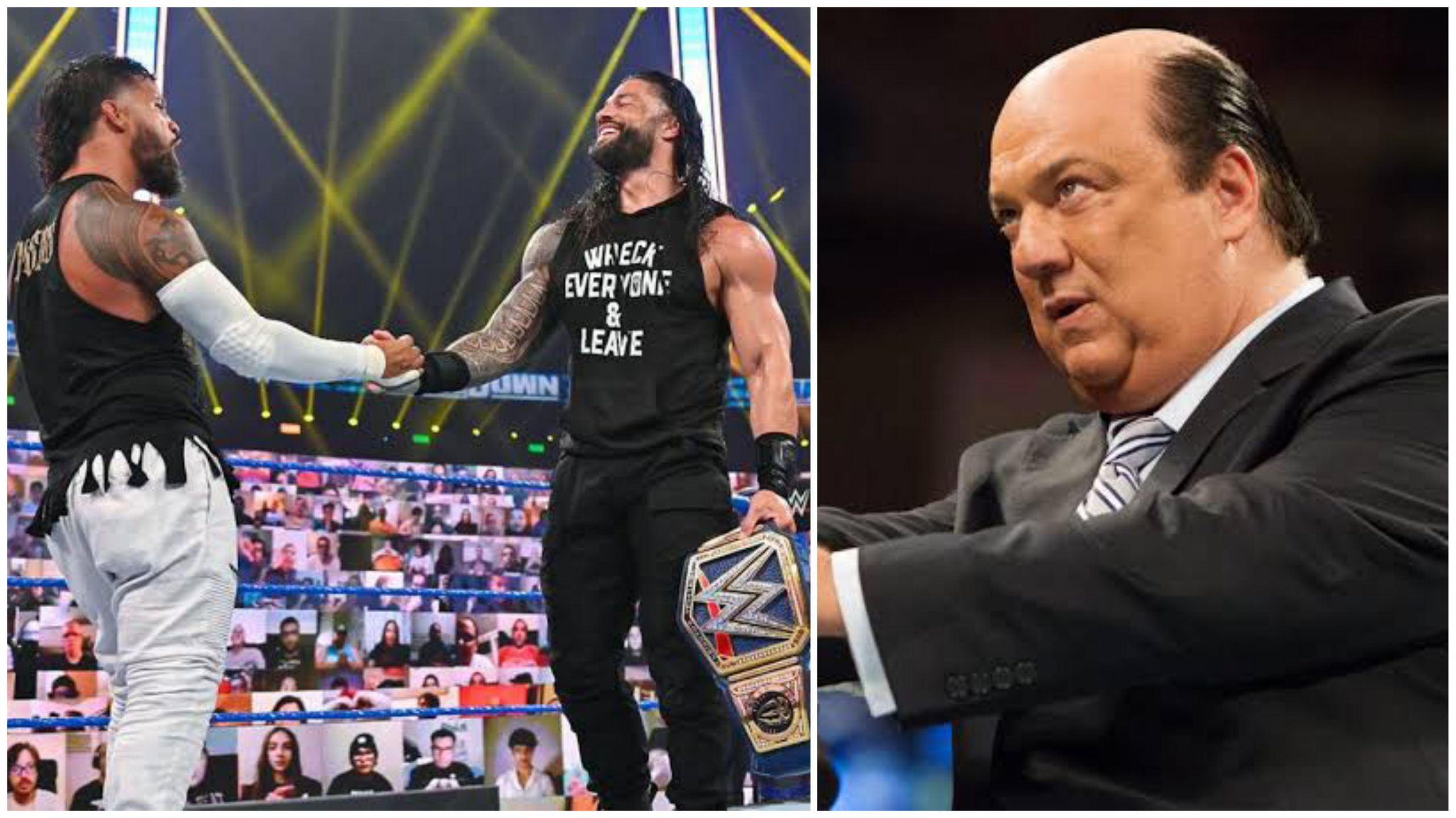 According to Paul Heyman, Roman Reigns and Jey Uso’s family partnership may turn into a stable with a partner being added.

ROMAN REIGNS’ RETURN AS A HEEL HAS REVITALIZED HIS CAREER

Roman Reigns’ return as a heel wrestler, paired with Paul Heyman, has revitalized his career. In stark contrast to his “Big Dog” persona, his new character, called the “Tribal Chief”, has been widely praised thanks in part to the storytelling and character building behind Reigns’ new persona.

THE RIVALRY AND PARTNERSHIP BETWEEN REIGNS AND JEY

On the September 4 SmackDown, after Big E was attacked and injured in storyline, Jey took Big E’s place in a fatal-four-way match against Matt Riddle, King Corbin, and Sheamus where the winner would earn a Universal Championship match at Clash of Champions against Roman Reigns. Jey won by pinning Riddle to earn the first singles championship opportunity of his career. Since then ensued a family rivalry with Roman Reigns in a series of WWE Pay Per View matches.

At Clash of Champions, Jey lost to Reigns by technical knockout, when Jimmy came down and threw a white towel for him. Jey was given another title shot against Reigns in a Hell in a Cell “I Quit” match at the namesake event with the added stipulation that if Jey lost, he would have to follow the orders of Roman Reigns or be kicked out of their family. At the event, Jey lost again after Reigns attacked the injured Jimmy and making Jey say “I quit”, which led to Jey finally acknowledging Reigns as “The Tribal Chief,” and joining him and Heyman by attacking Daniel Bryan in a merciless manner.

NOW, HEYMAN HINTS AT A NEW MEMBER JOINING THE GROUP

Paul Heyman recently posted a number of fan arts in his Instagram stories. One of them included Apollo Crews kissing the ring of Roman Reigns, while Jey Uso and he himself stood at a corner. The mastermind behind ECW is known to be a supporter of Apollo Crews and soon after his removal from being the Executive Director of Raw, Crews fell down the pecking order. Crews, now on Smackdown Live, can certainly gain some exposure by becoming a part of Reigns’ entourage.