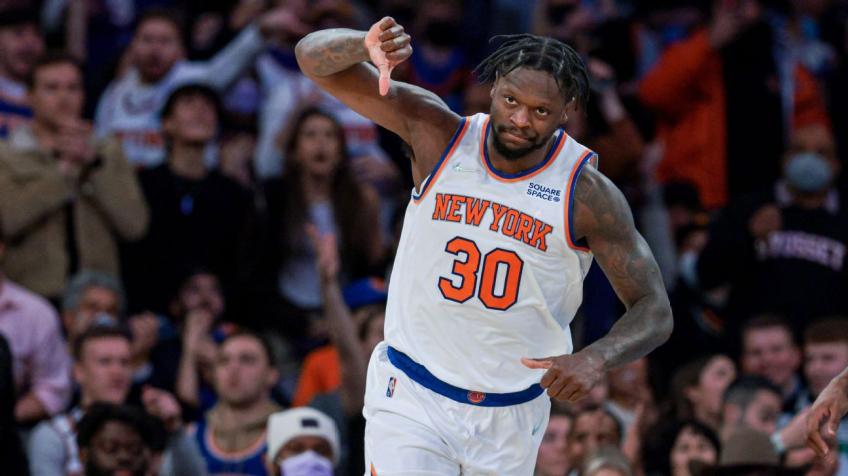 This round-up of the latest New York Knicks news might not be the most enjoyable to read for those who are fans of the NBA basketball franchise, although then again, those who have been passionately supporting their side have already been through the wringer when it comes down to hearing all the negativity that surrounds their team.

The bad news continues to surround the NY Knicks

In this article, we will discuss how the team’s NBA playoffs hopes have been extinguished, the latest on the saga that continues to involve Julius Randle amid the booing that he received prior to the defeat to the Charlotte Hornets on Wednesday night, as well as reasons why Tom Thibodeau may not still be prepared to hand his younger players on the roster the opportunity to show what they can do on the court when given the chance following their elimination.

Indeed, let’s start with the team’s actual elimination from the NBA playoffs. 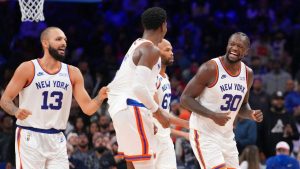 Fans will have suggested that it was something that was inevitable after the way the season went, and with just five games left to play in the regular season, their expectations were met as the NY Knicks saw the final nail being put in their proverbial coffin.

It became official on Thursday night following their defeat to the Charlotte Hornets 125-114 and the Atlanta Hawks’ 131-107 over the team’s upcoming opponents, the Cleveland Cavaliers.

The New York Knicks have been eliminated from playoff contention. pic.twitter.com/J5VqU7fQv5

Now, Thibodeau’s side will need to focus on finishing as strongly as possible, as they will need to ensure that they are in a good position for draft picks; although, there will be fans that will perhaps not care about what happens in the final five games. Then again, if they were not to finish as strong as they could, it could make their draft position even better, especially as they still have a match against the Washington Wizards – a franchise who sits just a half-game behind the Knicks in the standings.

Naturally, there will be a number of people that will be asking questions about how this has happened, especially after feeling that they were in a good position at the beginning of the campaign. After making a huge impression last season, where they managed to get to the NBA playoffs after ending an eight-year drought, there will have been a lot of expectations. 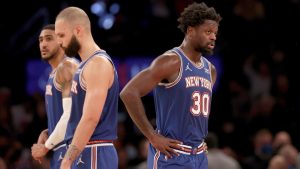 Indeed, there will have been many that may have even been looking at placing a wager on the Knicks either making the postseason once again or going further than the First Round.

New York sports fans are amongst the most passionate and are fiercely loyal when it comes down to supporting their teams, with many having endured a large number of unsuccessful seasons where teams from the state have failed to win.

With the legalization of sports betting in NY and the availability of sportsbooks being widespread throughout its borders, those passionate fans may have been liking the team’s chances of having a successful campaign.

Of course, the Knicks’ 5-1 start to the season where they had managed to obtain wins against the likes of the Boston Celtics, the Philadelphia 76ers, and the Chicago Bulls, as well as the addition of Kemba Walker who was expected to help solve the point guard problems that had been experienced, will have only fuelled many of the team’s fans to place a wager.

Ultimately, though, the Knicks did something that they usually do and failed to make the playoffs after a collapse that will see them be absent from the postseason for the eighth time in the last nine seasons.

Julius Randle’s problems continue as he denies seeking a trade

Julius Randle is a figure that is having a tough time of it lately with the Knicks, although fans will not care too much as they have been letting him know what they think of him and his recent contributions on the court.

The organization’s highest-paid player was subject to a number of boos at the beginning of the game against the Hornets on Thursday, and he has once again had to deny that he is seeking a trade away from the team, whilst also reinforcing his commitment to the club long term.

Randle did manage to score 21 points with seven assists on the night which did not happen to be enough, and he remains far from the player who won the NBA Most Improved Player Award last season; being named an All-Star for the very first time and earning a four-year contract extension that is worth $117 million.

Julius Randle could be forcing his way off Knicks in a ‘James Harden type of way’ https://t.co/czHhFVYY7v pic.twitter.com/YUZMatygHR

He has had a number of altercations this season that has highlighted his unhappiness, with bust-ups with fans and officials all well-documented. Indeed, some around the league have also been understood to feel that he is looking for a “James Harden type of way” trade in the offseason. A scenario that Randle continues to firmly deny. 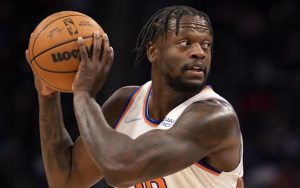 Despite having been officially eliminated from the NBA playoffs this season, it seems that the NY Knicks are not going to change their approach to the season with five games to go.

According to Evan Fournier, the small forward revealed that he does not believe the coach will change things up too much and will look to try and continue to do things “the right way”. Indeed, it would perhaps be a real surprise if we were to see any change from the coach this late in the season, too.

Of course, there is every chance that they will finally get a chance to shine in the final five games, but as we mentioned, it would be a surprise if they did, as the coach has certainly shown no real interest in doing so at the moment. Nonetheless, some would argue that is because the team had still been mathematically in with a shot of making the NBA playoffs once again up until now.

Previous articleFloyd Mayweather Jr believes David Benavidez is “one of the biggest challenges for Canelo”
Next articleKing Of The Table 3 Full Results: Dave Chaffee outclasses Alex Kurdecha to a 5-1 victory