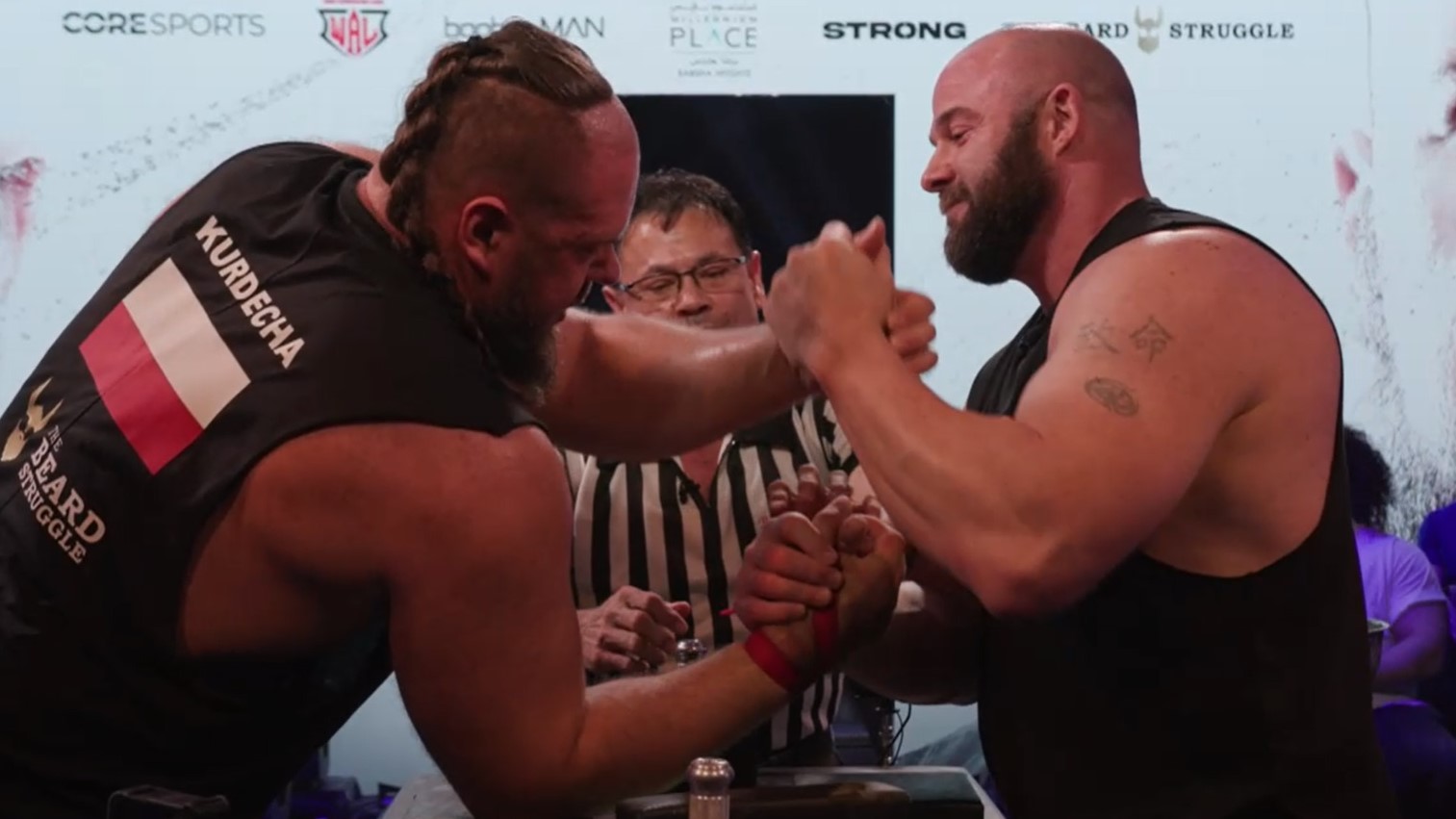 King of the Table 3, the much awaited third edition of the top arm wrestling event series King of the Table took place at the Strong Gym HQ in Dubai and streaming live on Core Sports PPV. The main event saw Dave Chaffee marking a 5-1 dominating win over Alex Kurdecha, while Ermes Gasparini, Gabi Vasconcelos and Khaled Jashell picked up wins in the undercard.

The opening match at KOTT 3.0 featured bodybuilder-cum-arm wrestler Larry Wheels and rising arm wrestling and MMA sensation Khaled Jashell. In a clash between two powerhouses, Khaled made his first move which resulted in an elbow foul, followed by Larry taking a 1-0 lead. However from the second, saw Khaled showcased his sheer strength, winning three rounds in quick successions to make it 3-1. The Cameroonian secured the winning move in the fifth round, with a brutal pull on Larry to finish the match with a 4-1 scoreline. 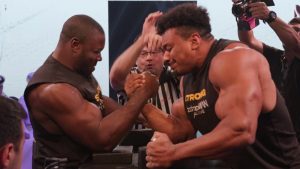 The next match featured eight time European and World Arm Wrestling Champion as well as eleven time Swedish Arm Wrestling Champion Sarah “Phenom” Backman taking on 32 times world champion and professional gymnast coach Gabi Vasconcelos aka the “Iron Angel”. The battle between the two female arm wrestling icons started off with Gabi making two back to back quick start fouls, but the Brazilian was the one making a dominating start. The second round saw three fouls from Sarah, as Gabi took a 2-0 lead.

The straps came on in the third round, and the pull ended in Sarah letting go to let her opponent make it 3-0. Gabi made an elbow foul in the fourth, followed by three running fouls from Sarah, as the match ended in a 4-0 win for Gabi. 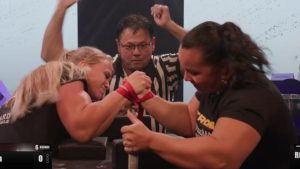 The Backman vs Vasconcelos match was followed by a left hand match featuring superheavyweight arm wrestling icon Wagner Bortolato aka “Big Head Bortolato” vs “The Gladiator” Ermes Gasparini, the four time World Champion and Multi-time European Champion returning to KOTT for the second time. Both started off with a foul each, and Wagner had his second before Ermes secured the first round. The Italian increased the lead in the second, but Wagner made a screaming comeback in the third. The match went 3-1 for Ermes after the 4th, who made it 4-1 in the fifth round to secure the win. 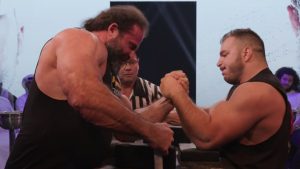 The second round saw two fouls from both, and with the straps coming on again, Dave made it 2-0 with a quick and clinical finish as Alex seemingly started to lose control of his wrist. Another round with the straps, and Dave extended his lead to 3-0 before making it 4-0 to win the main event. However, both armwrestlers decided to continue and after Dave winning his fifth round of the night, Alex made a satisfactory move in the final, as the main event ended in a 5-1 triumph for Dave Chaffee. 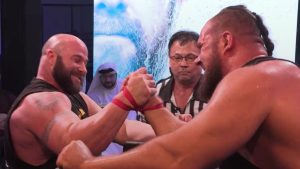 King of the Table 3: LIVE results