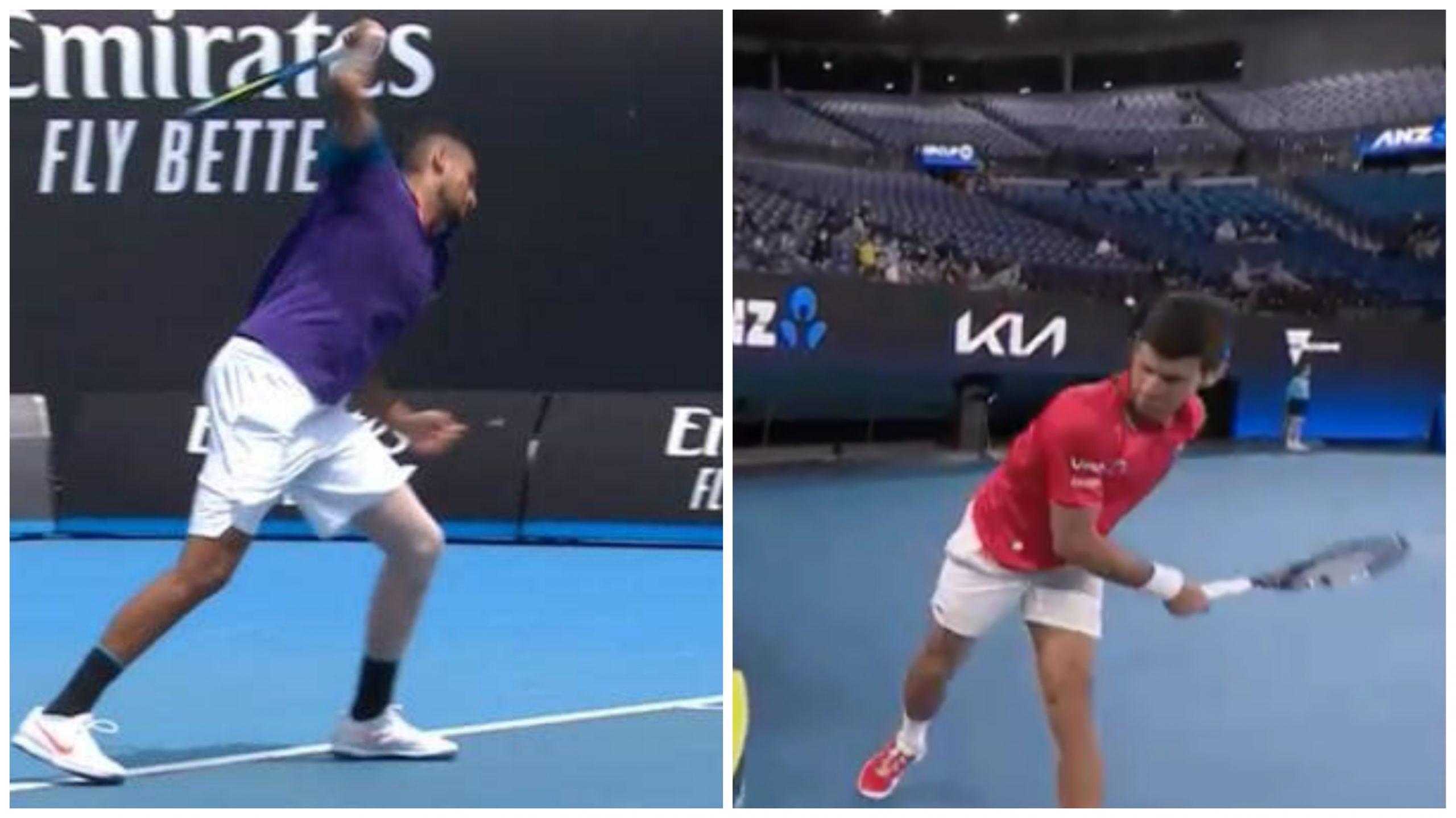 The ATP tour finals had its fair share of heated moments as the biggest superstars in the tennis such as Kygrios and Djokovic battled it out.

Nick Kygrios lost in his third round matchup against Borna Coric of Croatia. His 3-6, 4-6 loss was marked by his desperation to go on despite an injury. Kygrios played on with a knee pain with hampered his chances of movement, and thus winning.

“I can’t serve without pain … when I land it feels unstable,” Kygrios discussed with a trainer in between the first and the second sets, before adding that “I’ll probably just play one more game. I’m serving at like 170 instead of 220.”

The ever-controversial Aussie added another duo to his list, as he was heard swearing in midst of a tirade as he fell behind while serving at 4-4. Later, he was given a point penalty or unsportsmanlike conduct as he smashed his racquet and threw it into the stands.

Another star to lose his cool was none other than Novak Djokovic. He, much like Kygrios, smashed a racquet as Serbia, the defending champions, crashed out in a decisive doubles rubber against Germany.

Serbs Nikola Cacic and Djokovic took on Alexander Zverev and Jan-Lennard Struff with a place in the ATP Cup semi-finals against Russia on the line. The first set was a victory for the Germans, who overtook the Serbs 7-6 (7-4). The Serbs regained composure in the second set, especially due to Djokovic’s form. However, he soon found himself missing multiple chances at break point. From 0-40 up in the middle of a set, Djokovic made multiple unforced errors, and smashed his racquet in frustration.

Earlier, Germany moved 1-0 up when Dusan Lajovic, who replaced Filip Krajinovic, out with a back injury, lost to Jan-Lennard Struff 3-6 6-3 6-4. Later, in the singles encounter, Zverev took an early lead, but Djokovic went out to outmatch him for a 6-7(3) 6-2 7-5 victory.

Previous articleSuper Bowl LV: Buccaneers or Chiefs, who have the upper hand on Feb 7?
Next articleCaleb Plant ‘raising hand’ for a Canelo Álvarez face off