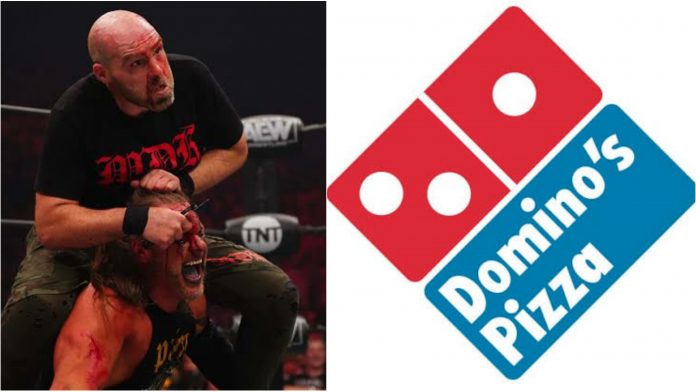 Game Changer Wrestling(GCW) star Nick Gage made his AEW debut on this week’s edition of Dynamite special, ‘Fight For The Fallen’. He locked horns with former AEW World Champion Chris Jericho in a brutal No Rules Match as part of the ‘Five Labours of Jericho’ challenge issued by MJF to ‘The Demo God’.

The match was itself a bloody and gruesome affair. It saw multiple high-risk hardcore spots involving pane of glass, light tubes, and pizza cutter which are the armors of Nick Gage with deathmatch wrestling being his background.

Little was known that specifically, the use of pizza cutters would anger the popular pizza franchise, Dominos Pizza. 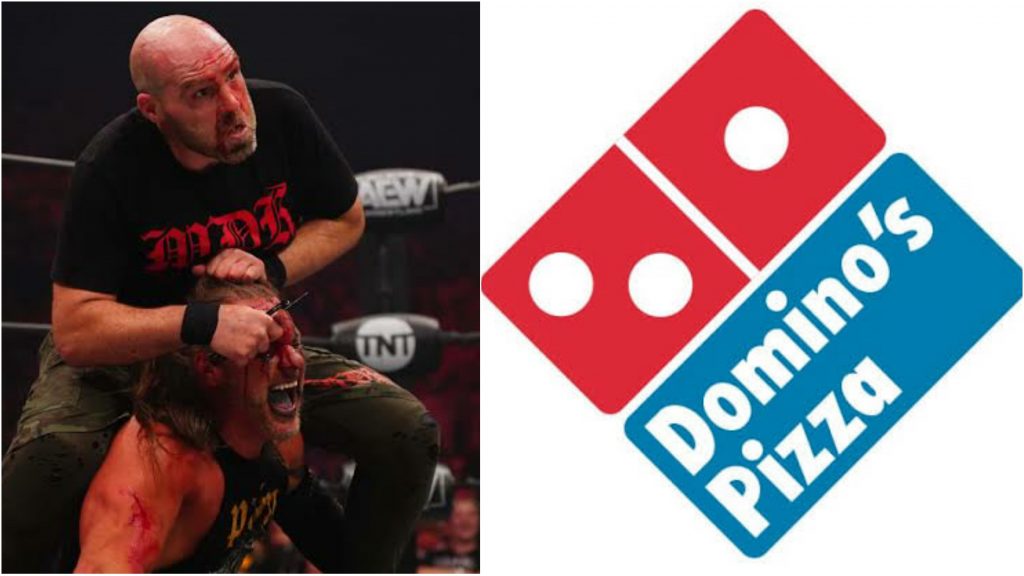 During the time slot of this week’s AEW Dynamite, the Dominos commercial in between the show had a huge comedic timing just as Nick Gage got to work with a pizza cutter himself. Though it was not done deliberately, the pizza chain is denying any knowledge of the bloody spot.

Dominos spokeswoman Jenny Fouracre-Petko recently told Fox Office Sports on Thursday night that the pizza company was pretty much annoyed with Nick Gage’s pizza cutter spot. She expressed her concerns and said that they are going to access their advertising presence in the future.

She said: “We share the concerns expressed about this incident and the content of this TV-14 rated program, and are assessing our advertising presence on it going forward.”

Still losing my mind over Nick Gage with the pizza cutter then DOMINOS WITH THE PIZZA CUTTER?! #AEWDynamite pic.twitter.com/DVzEN7so4S 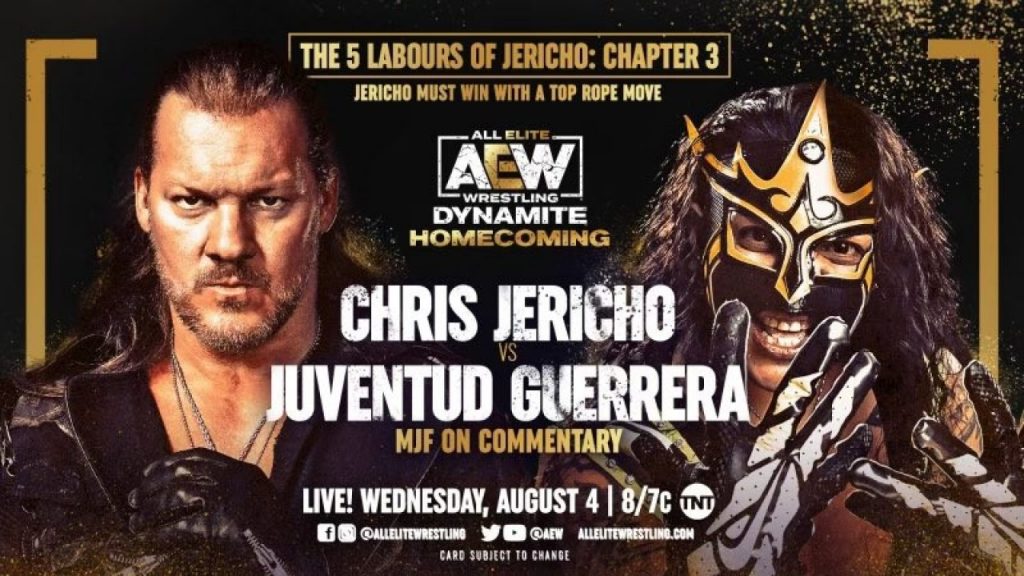 Nick Gage was totally merciless with his approach against Chris Jericho, who brought his ‘Painmaker’ persona. ‘The King of Ultra Violence’ heavily used the light tubes, and pizza cutter, while Jericho used a pane of glass to his advantage. The match saw some horrid moments but it was ‘Le Champion’ who came out on top against Gage after a bloodbath. Jericho had smashed a pile of light tubes on Nick Gage’s head and laid him down with the Judas Effect for the win.

#ThePainmaker puts @thekingnickgage through a pane of glass! This is crazy!

Tune in to the MAIN EVENT #AEWDynamite #FightForTheFallen LIVE on @tntdrama! pic.twitter.com/9X1Y1DBf6K

It was later on revealed by MJF that Chris Jericho will have to face his old rival in WCW, the legendary wrestler Juventud Guerrera at next week’s AEW Dynamite ‘Homecoming’ edition. The legendary luchador would be facing Jericho as part of ‘Five Labours of Jericho’ and the latter has to win via top-rope move.