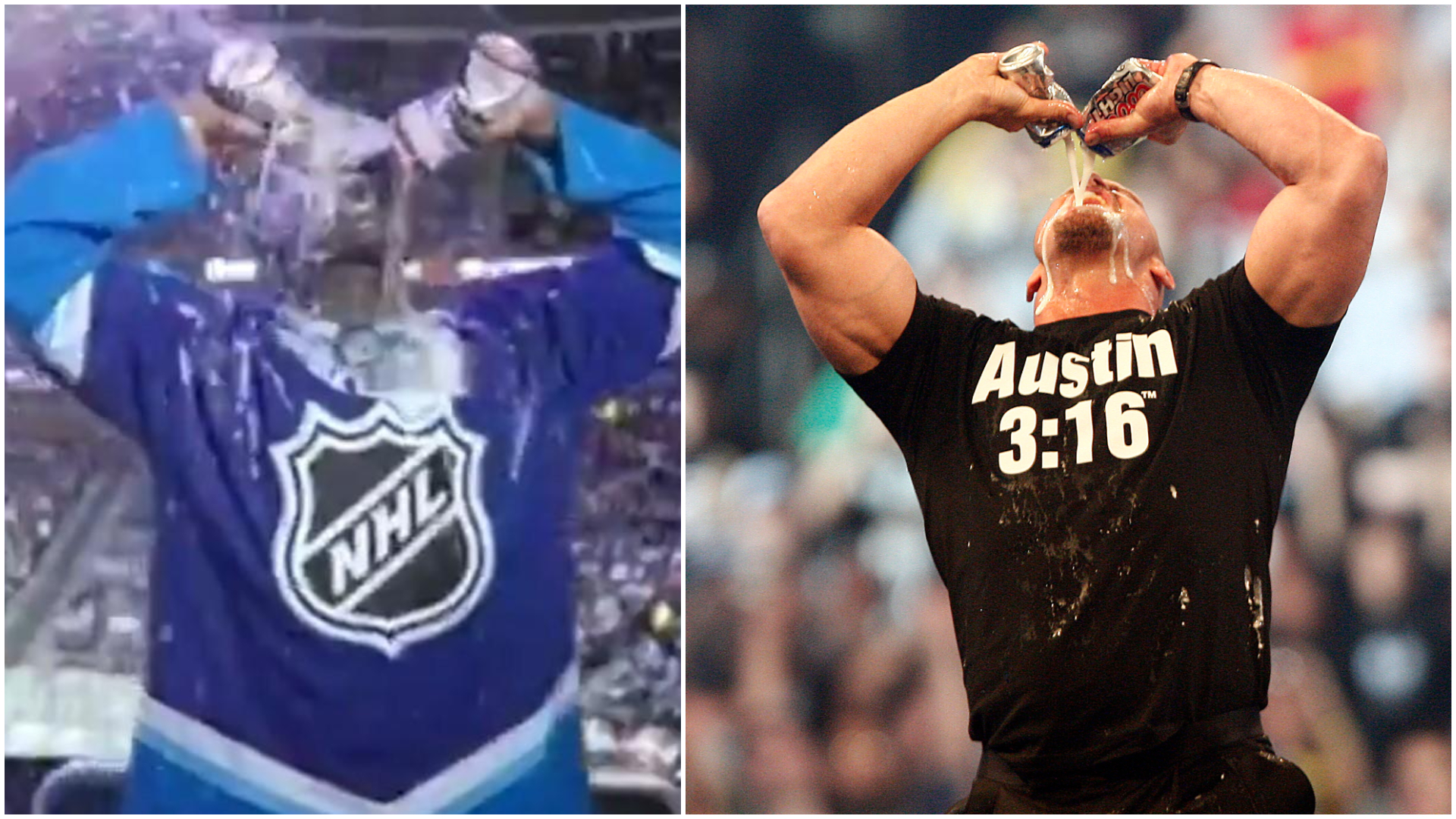 Kansas City Chief’s wide receiver Tyreek Hill recently attempted to do the WWE Legend and Hall of Famer Stone Cold Steve Austin’s signature beer smashing celebration. However, hilariously enough, he faced embarrassment while attempting to do it in Las Vegas when he made an appearance at the NHL All-Star Game for this year’s Pro Bowl. The incident transpired when he was being interviewed by ESPN’s Laura Rutledge and he tried to imitate Steve Austin.

As part of his tour around Sin City, Hill swung by the NHL All-Star game on Saturday. ESPN found him in the arena and Laura Rutledge went up to get an interview. At first, he called out Usain Bolt and challenged him to a race.

Bolt ended up putting Hill in a body bag on Twitter after his on-air remarks. The race between Hill and Bolt is yet to take place, but Hill tested his speed against three of his NFL counterparts as part of the Pro Bowl festivities on Thursday.

After taking a shot at the former world’s fastest man, Hill admitted “there is one more thing I want to do before I leave this game”. Tyreek Hill tried to do the beer smash made most famous by ‘Stone Cold’ Steve Austin.

The celebration usually sees chugging of a couple of beers but Tyreek Hill failed in a miserable fashion and ended up getting soaked in beer. He hardly tasted the beer as the whole drink got poured onto his face, neck and body.

Tyreek Hill had quite a weekend. He not only competed in the NFL Skills Challenge on Thursday, but he also spent Sunday evening seeing the city before the game. He is not heading to the Super Bowl after last week’s AFC Championship loss to the Cincinnati Bengals.
Previous articleBobby Lashley expresses his desire to win Tag-Team titles with THIS star
Next articleBeijing 2022: Eileen Gu’s SAT scores show she is beauty with brains and an elite athlete