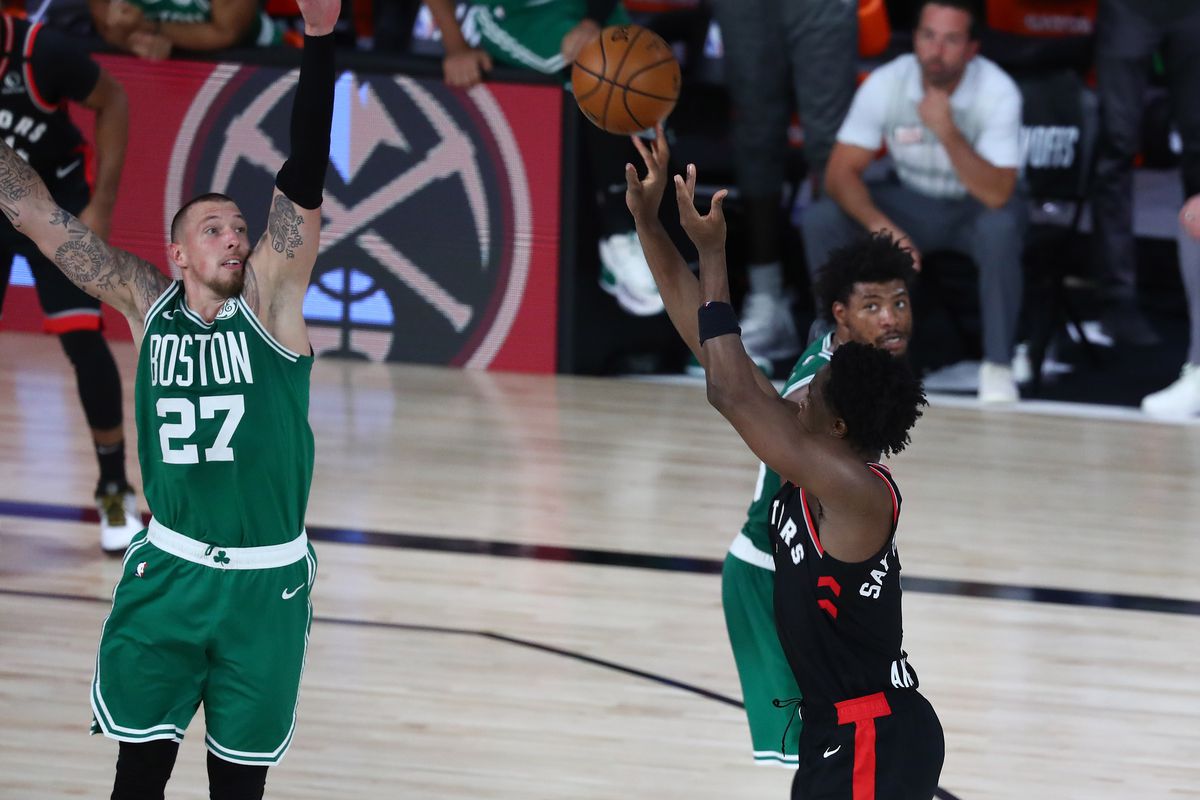 The Toronto Raptors forced a Game 7 against the Boston Celtics, while the Los Angeles Clippers pulled clear in the NBA playoffs to move closer to their first finals’ appearance in their history.

Kyle Lowry goes off for 33 PTS (6 3PM) and sinks the game-clinching jumper as the defending champion @Raptors win in 2OT to FORCE A GAME 7 Friday at 9:00pm/et on TNT! #NBAPlayoffs

The Celtics led by as many as 12 points in the second quarter, the Raps led by as many as eight in the third, and the gravity of this series brought them back together for the final 19 minutes, during which neither team led by more than four.

Lowry scored 33 points in 53 minutes for Toronto. Norman Powell had 23, including a three-point play with about 39 seconds left and a pair of free throws to help finish it off. VanVleet scored 21 points for the Raptors, and Anunoby had 13 points and 13 rebounds.

Marcus Smart had a triple-double with 23 points, 11 rebounds and 10 assists. Jaylen Brown had 31 points and 16 rebounds for the Celtics, who had their starters on the floor — without a single sub — for the final 22-plus minutes. Jayson Tatum had 29 points, 14 rebounds and nine assists.

Game 7 is on Friday with the winner advancing to face Miami in the Eastern Conference final, while the losing team will hugely regret their missed chances on progressing in the hotly-contested series.

The Los Angeles Clippers have taken a 3-1 second-round series lead with the Denver Nuggets by making the most of a brilliant start and cruising to a 96-85 victory in Game 5 . The Clippers are now just one win away from their first conference finals trip in franchise history.

Kawhi Leonard's near triple-double propels the @LAClippers to a 3-1 series lead! #NBAPlayoffs

Kawhi Leonard filled up the stat sheet with 30 points, 11 rebounds, four steals and two blocked shots. He has scored 30 or more points six times during this postseason. Sixth Man of the Year Montrezl Harrell added 15 points.

Nikola Jokic shone again with 26 points, 11 rebounds and six assists, but he didn’t get any help. Jamal Murray, who has been on fire inside the NBA bubble, had a tough night, going for 18 points on 6-of-15 from the field. As a team, the Nuggets shot 39.7 percent and turned the ball over 14 times.

One of the best defensive players was Paul George, who helped hold Jamal Murray to 6-of-15 shooting and 18 points. George scored 10 points in nearly 27 minutes to contribute in the comfortable win.

Tomorrow, we’re right back to work.

Denver Nuggets were down in their first-round series against Utah Jazz before becoming the 12th team in NBA history to overcome a 3-1 deficit, but will have their work cut out in trying to repeat the feat again against the mighty Clippers.

Giannis Antetokounmpo adamant on staying with Bucks despite playoff exit