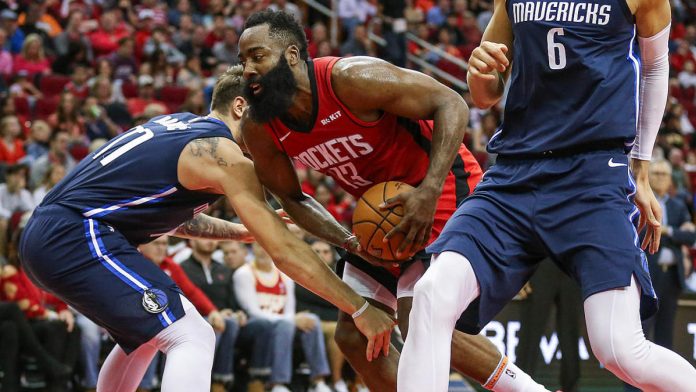 With the Clippers and Lakers resuming the NBA in Orlando after a hiatus of almost 5 months, followed by Zion’s Pelicans’ close win over the Utah Jazz, it was the turn of the Eastern Conference teams on Friday night.

The 6 – match Friday, had a lot of surprises with current MVP, Giannis Antetokounmpo and top scorer, James Harden, returning to their best form. An inspired comeback from Carmelo Anthony helped the Blazers beat the Grizzlies in overtime to help boost their playoff hopes. The battle for the 8th playoff spot looks to go down to the wire.

The return of the NBA has brought the excitement levels back with unexpected results and performances and thus, this truncated season could be one for the record books.

James Harden and Russell Westbrook combined for 80 points as Houston Rockets edged out the Dallas Mavericks in Overtime with a score of 153-149. Harden scored a whopping 49 points to equal the record of scoring 40+ points in at least 20 games for two consecutive seasons, held by all-time great, Wilt Chamberlain. 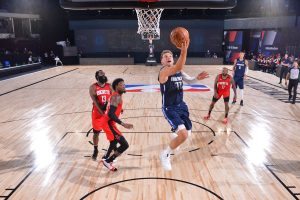 Luka Doncic posted his 15th triple-double season of the season – 28 points, 13 assist and 10 rebounds which unfortunately resulted in a hard-fought loss. Rockets move into 5th place after the win ahead of Oklahoma Thunder.

Current MVP Giannis Antetokounmpo finished with 36 points in just 32 minutes, finishing with 16 points in the 4th quarter, as the Bucks were back to their best form versus the Boston Celtics. With Jason Tatum struggling with his shooting and Kemba Walker on the road to recovery, it was Marcus Smart who came up with the goods with 23 points.

The biggest talking point of the game was the overturning of the decision which could have caused him to foul out late in the last quarter. The Celtics play the Portland Blazers next, while the Bucks return to action versus the Rockets

CJ McCollum scored 33 points while their most consistent player of the season, Damian Lillard came up with 29 points, to earn a crucial win in overtime, 140-135. The game also marked the return of Jusuf Nurkic and Zach Collins after long time injuries.

Carmelo Anthony turned back the clock to score two clutch 3-pointers to take the game into overtime.”Everybody knew how important that game was. This is playoff basketball from us and we have that pressure and you can’t shy away from it”, said Blazers coach Terry Stots. Blazers will hope to continue the winning streak versus the Boston Celtics on Monday.

Other NBA results of the day: