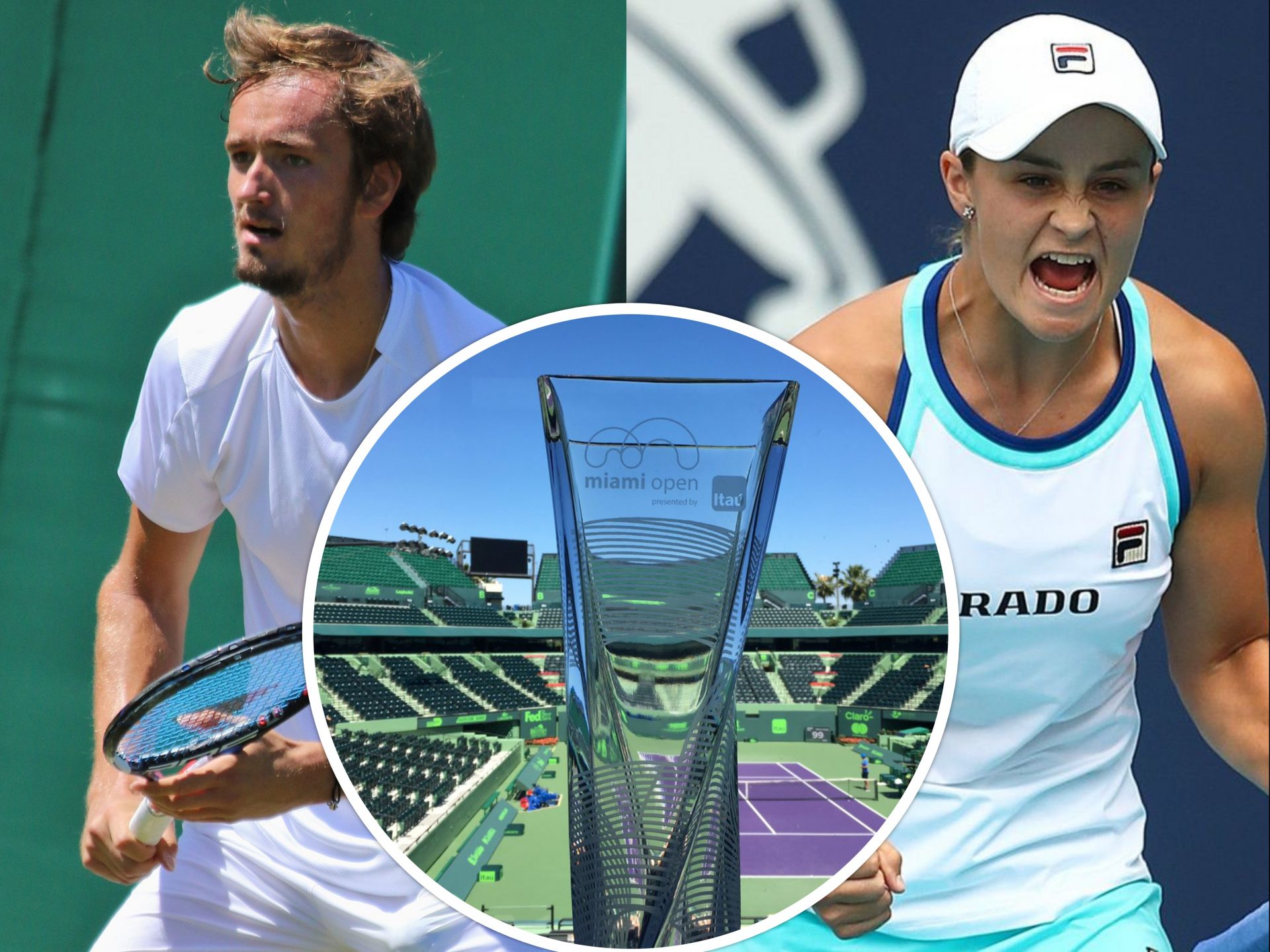 World No. 1 Ashleigh Barty yet again showed her class to advance into the semifinals of the Miami Open after a hard-fought 6-4, 6-7 (5/7), 6-3 win over Aryna Sabalenka of Belarus.

With this win, Ashleigh Barty has further widened the gap at the top of the WTA rankings between her and Naomi Osaka. Barty, who had also been taken to three sets in the fourth round by Victoria Azarenka, was given another testing challenge in a hard-fought quarter-final battle.

Men’s top seed Daniil Medvedev too eased past Frances Tiafoe of the United States in straight sets, 6-4, 6-3. He hammered down 11 aces in the win, breaking Tiafoe three times en route to victory.

Barty’s tryst at the top-

Ashleigh Barty just needs one more win to retain her rankings at the top of the WTA table and she seemed visibly excited over the whole chain of events.

However, the Australian insisted she was not preoccupied with holding on to top spot.

“It’s an amazing thing to be No. 1 in the world at the moment, but I promise you that’s not what makes me happy,” Barty said.

Earlier in the day, Sabalenka provided Barty with a tough challenge and even recovering from 3-1 down to claim the second set 7-5.

However,Barty regrouped in the third though and with Sabalenka clearly in pain clutching her stomach, rammed home her advantage to complete a deserved win.

The Australian will face Elina Svitolina of Ukraine in the semi-finals on thursday.

Just two days after surviving cramps in his third-round win against Alexei Popyrin, Daniil Medvedev earned a place in his maiden Miami Open presented by Itau quarter-final on Tuesday with a 6-4, 6-3 win against Frances Tiafoe.

In hot and humid conditions on Grandstand, the World No. 2 landed 24 winners and outlasted his opponent in baseline rallies to advance in 92 minutes. Medvedev, who is competing as the top seed at an ATP Masters 1000 event for the first time, is chasing his fourth trophy at the level this week.

“It was definitely a tough match,” said Medvedev. “[There were] a lot of great points, some of them he won, some of them I won… The serve helped me a lot today, especially in the second set.”

Medvedev will face Roberto Bautista Agut for a place in the semi-finals. In the opening match on Grandstand, the Spaniard saved a match point to defeat 2018 champion John Isner 6-3, 4-6, 7-6(7) in two hours and 18 minutes.

Nick Kyrgios picks his goat among Nadal, Federer and Djokovic