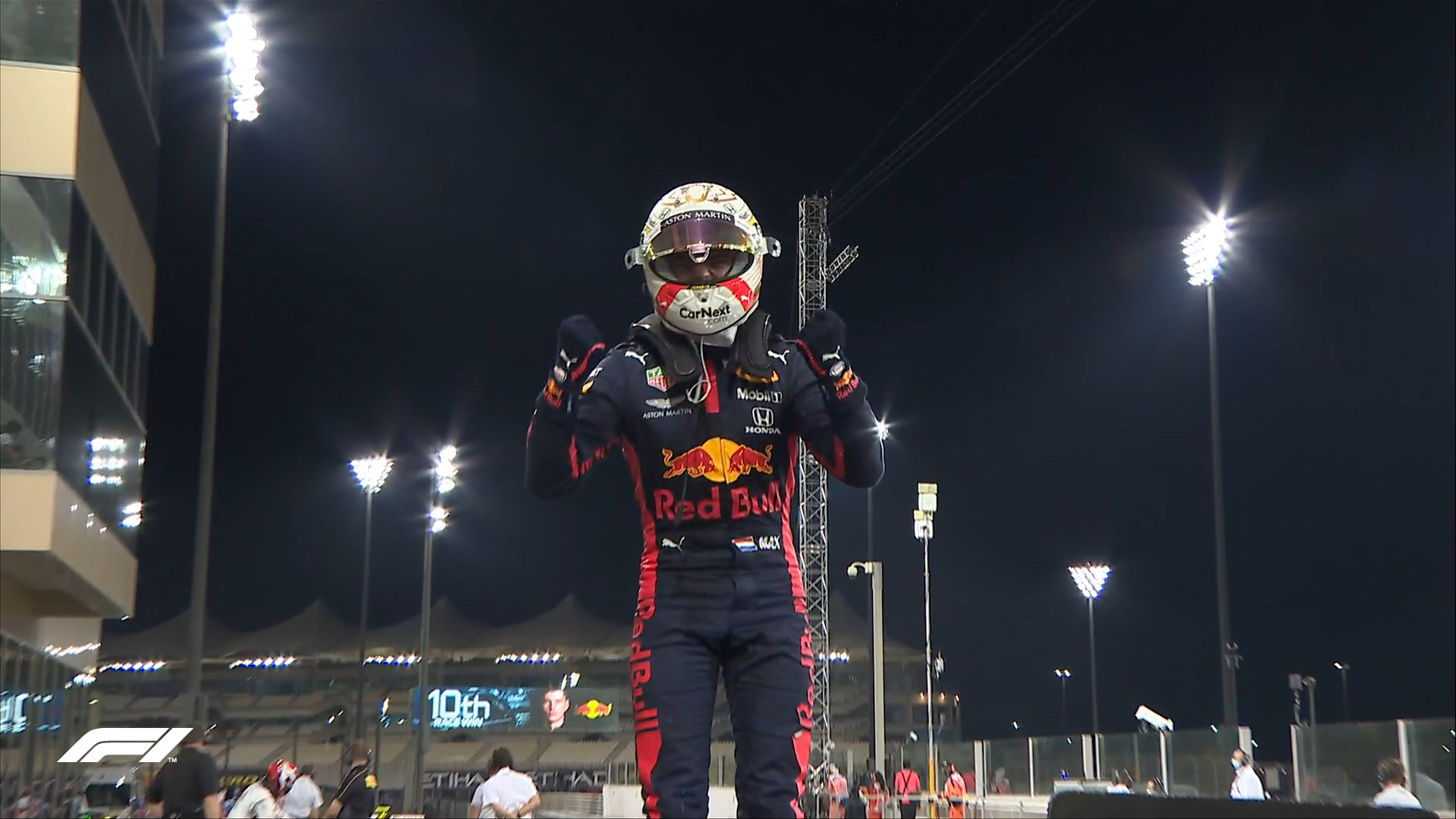 Max Verstappen, the Red Bull racer reached the chequered flag first as he won the Formula One Abu Dhabi Grand Prix at Yas Marina Circuit. He captured the season finale race after having the pole position.

Max Verstappen captured the Abu Dhabi Grand Prix in Yas Marina Circuit very comfortably leading from the start of the race. This marked as his second victory of the year.

Check out the standings below:

The uneventful race in Abu Dhabi was won by Verstappen by 15.9sec, with Hamilton a further 2.4sec back. Alex Albon who was thr second Red Bull, was positioned at fourth.

The race saw the Mercedes racer, Lewis Hamilton return to action after missing the last round in Bahrain due to COVID-19 which held a week ago.

The seven-time world champion said that he was still not completely fit and looked thinner as a result of his illness.

Finishing third was certainly disappointing for the Brit racer after tallying record-breaking feats.

George Russell, who filled in Hamilton last weekend for Sakhir GP finished 15th, while the winner of that race, Sergio Perez had his last outing for Racing Point.He went out of the race in tenth lap in a heartbreaking manner after struggling with sudden loss of power.

Following the race, Max Verstappen said, “It was really enjoyable yesterday and today – we had a good start and today it was about looking after the car and we had a really good balance. You can control the race abit more when you start out front.”

Lewis Hamilton who won the season and grabbed his 165th podium said: “Considering the past couple of weeks I’ve had, I’m generally happy with how the weekend went, maybe not as good as perhaps what we would have liked, but congratulations to Max”

The new season of Formula 1 will start with The Australian Grand Prix at the Albert Park Circuit in Melbourne in March.