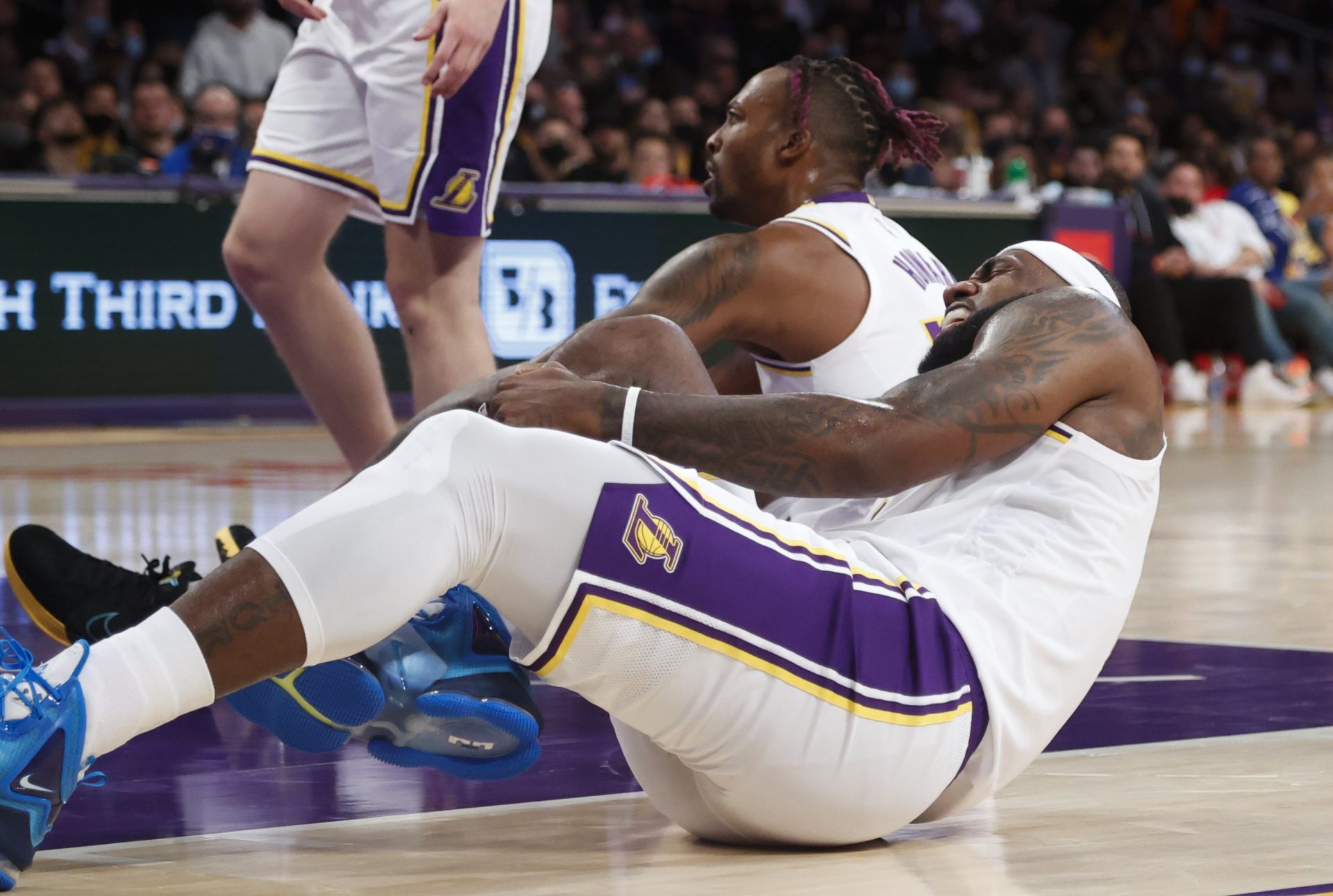 Los Angeles Lakers ace LeBron James hopes to be fit to face the San Antonio Spurs tomorrow. The ace player suffered a blow to his ankle during the fixture against the Memphis Grizzlies.

LeBron James was down on the court for over a minute after Grizzlies’ Desmond Bane collided with his lower leg right underneath the basket. The concern comes in the form that it was the same leg that suffered a high ankle sprain last year. An injury that put LeBron off the court for over 20 games and shunned the Lakers out of a direct playoffs place.

The Lakers have added James to the injury report for their upcoming clash against Spurs. The player is reportedly still feeling soreness from that blow. While LeBron carried on after treatment, he was only able to put in a season-low tally of 19 points as they racked up their first win of the season.

Lakers' official status report for Tues at Spurs. LeBron James is listed as PROBABLE with right ankle soreness. He said last night that he expected soreness and "around-the-clock" treatment today, and was hopeful he would be ready for SA.
Wayne Ellington, Kendrick Nunn still OUT pic.twitter.com/fx5NI0Sw1W

“The first thing I was thinking to myself was, ‘Not again,’ “Because obviously it was almost similar but not the same kind of play. Guy falls into my leg and there’s nothing you can do about it and I couldn’t get my leg out of there in time.”

“Just wanted to take a moment on the floor, just hopefully it wasn’t getting worse,””Hopefully I’m ready to go,” LeBron told ESPN after the game against Grizzlies

The Lakers had already decided to reduce their star player’s workload due to injury concerns like these. The franchise endured a horrid pre-season where they could not rack a single victory.

Heading into the season, the team suffered a defeat to the Warriors on opening night and subsequently followed up with a loss to the Phoenix Suns.

Courtesy of a blistering performance by new recruit Carmelo Anthony, the Lakers were off the mark with a win over Memphis Grizzlies. They next face San Antonio Spurs, who themselves hold a similar 1-2 record like the Lakers.