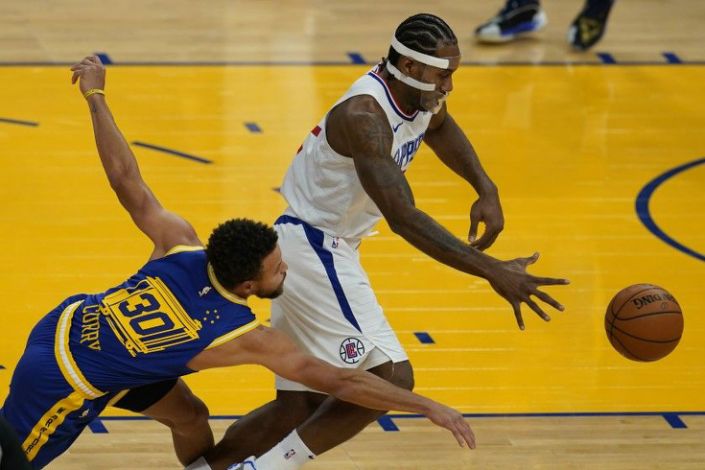 Los Angeles Clippers’ Kawhi Leonard is ready to play more back-to-backs this season after injuries prevented him to do so in recent years. The former Raptors star successfully played in the franchise’s games over Golden State Warriors and San Antonio Spurs off consecutive days.

This marked the first instance that the small forward was able to contest on back-to-back nights since April 4-5, 2017. Back then, the one-time NBA Champion was part of the San Antonio Spurs team.

In the recent leg of fixtures, Leonard compiled 37 minutes against Spurs while notching 35 minutes on the field during their trip to the Warriors.

He missed out on playing back-to-backs in his first season with the Clippers in a bid to strengthen his knee and leg for the all-important playoffs. Injuries have not been far this season as well with the player missing two games as a result of a blow to the face on Christmas night during their encounter against Denver Nuggets.

The 29-year-old declared his intention of playing more in similar fixtures in the ongoing season. Leonard admitted that he had to be patient with his injuries to be able to play in back-to-backs.

“I mean, I think I’ll be playing, pretty much,” Leonard said Wednesday, via Ohm Youngmisuk of ESPN. “The last few years, I was injured, and I worked on getting my leg stronger, and it’s been a long time. But I was patient, and I’m able to play.”

Leonard looked in imperious touch in both the games and led the scoring for the team. He was able to register 51 points collectively from both the games which have steered the Clippers’ record to 6-3, leaving them third in the Western Conference table only behind the Los Angeles Lakers and Phoenix Suns.

Clippers coach Tyronn Lue admitted that the player got fatigued in the second game against Warriors. However, he revealed that Leonard feels fine at the moment but tired along with teammate Paul George.

“Kawhi’s first back-to-back, I know he got gassed, especially the first time out, Kawhi’s getting healthier,” Lue added. “He said he felt great.”

The team will once again face the Warriors before moving onto their match against the Chicago Bulls.