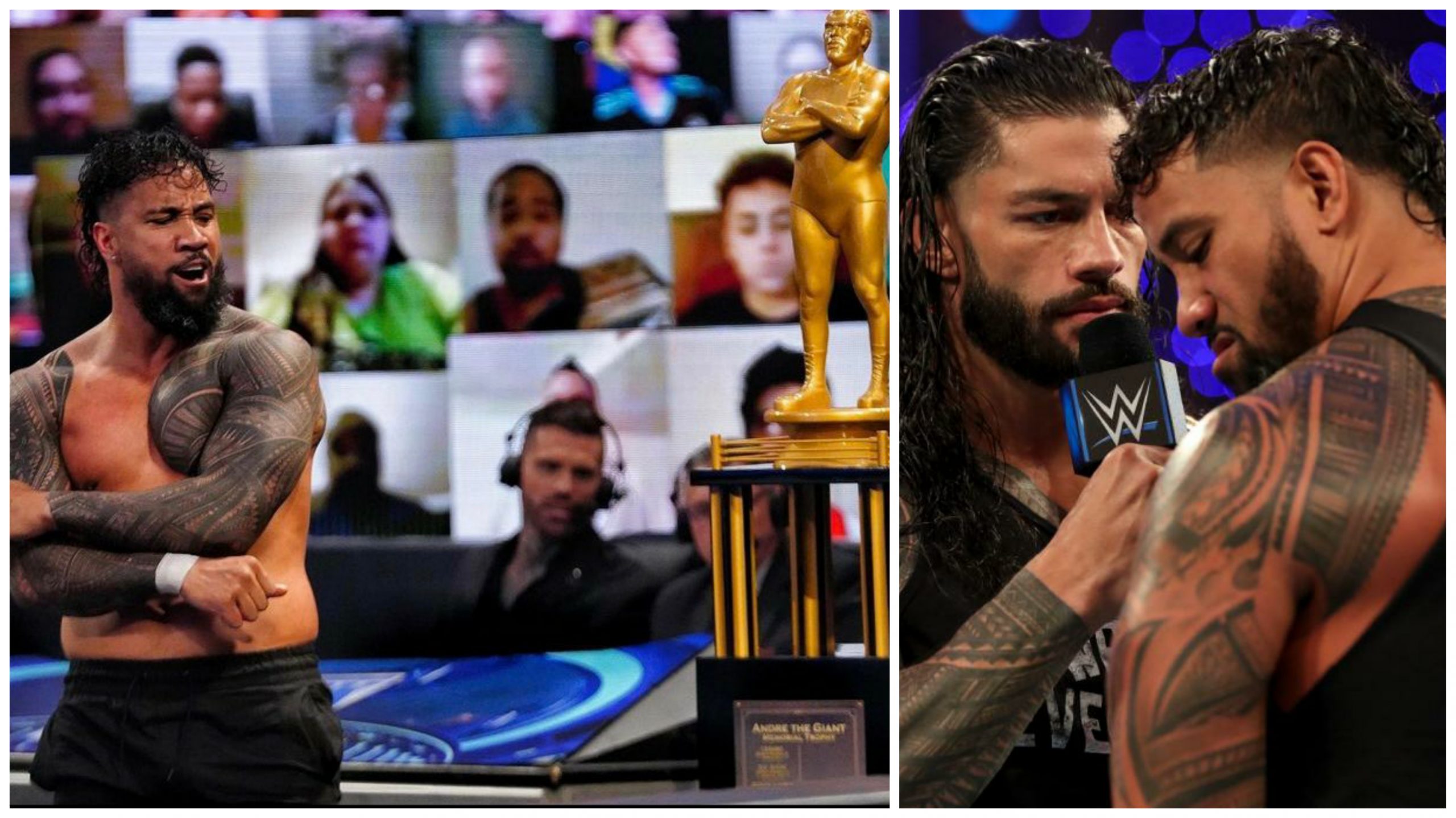 Jey Uso has become the latest winner of the Andre The Giant Memorial Battle Royale, held at the special edition of WWE SmackDown.

The event has been a WrestleMania tradition since its inception at WrestleMania 30, as a tribute to the very first Hall Of Fame inductee of WWE history. In the past few iterations of the show, the introduction and existence of the two matches led to a lot of superstars getting a chance to showcase their skills in the mega event. However, the matches were almost always criticized for doing nothing to take their winners to another level.

The Andre The Giant Memorial Battle Royal has not been completedly nixed and took place in the special edition of SmackDown. However, the Women’s Battle Royal seems to have been removed from the scene altogether. Thus, the twenty-odd superstars participating in the Men’s battle royale will find themselves out of the WrestleMania card, and the midcard and undercard women will not have a chance to showcase their skills.

This time around, the final two in the ring were Jey Uso and Shinsuke Nakamura. With Nakamura attempting to eliminate his opponent, Uso managed to reverse the situation and get Nakamura over the top rope and outside the ring for the victory.

CESARO WAS THE INAUGURAL WINNER OF THE MATCH

Cesaro won the first edition of the special match in 2014, eliminating Big Show using a body slam, mimicking the famous moment of when Hogan performed a body slam on André at WrestleMania III. Show managed to get his victory the following year, last eliminating fan favourite Damien Mizdow.

The match did not occur at WrestleMania 36 in 2020 due to concerns stemming from the COVID-19 pandemic. The pandemic brought many changes to WWE’s programming during that time, and the battle royal was not scheduled so as to limit the number of wrestlers in the ring at the same time. WrestleMania 36 itself, which was WWE’s first pay-per-view affected by the pandemic, was relocated and held behind closed doors at the WWE Performance Center in Orlando, Florida.

After the victory, Jey Uso was congratulated by Roman Reigns, who will defend his WWE Universal Championship against veterans Edge and Daniel Bryan at the main event of Night 2 of WrestleMania 37.