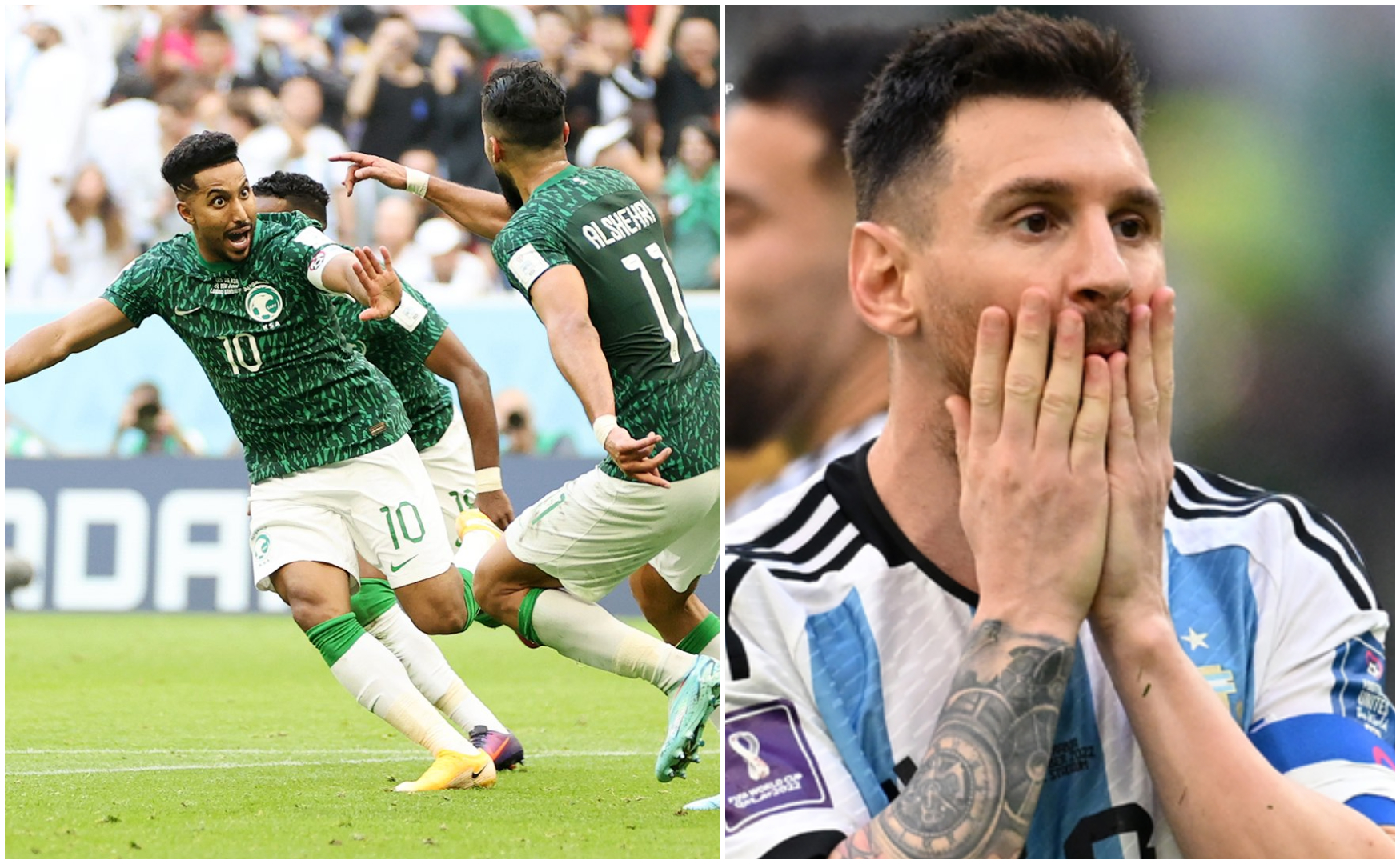 Saudi Arabia(KSA) pulled off a massive upset in the Group C match of ongoing FIFA World Cup 2022 against Argentina at the Lusail Stadium in Qatar on Tuesday afternoon. Lionel Messi-led side suffered a disappointing 2-1 loss as Saudi men stunned them with a brilliant comeback.

Lionel Messi, who is playing his fifth and final World Cup opened the scoring from the penalty spot in the 10th minute of the game after VAR intervention. In the first half both Messi and Lautaro Martinez saw multiple goals being denied by offside flags.

Right after the game resumed in the second half, Saleh Al-Shehri leveled the score in the 48th minute. It was Saudi Arabia’s first shot on target in the match and they made it count.

The Green Falcons carried on with the momentum and in the 53rd minute, a brilliant Salem Al Dawsari dazzled past 3-4 Argentinian defenders to put the ball past Martinez, into the top-right corner to score the second goal.