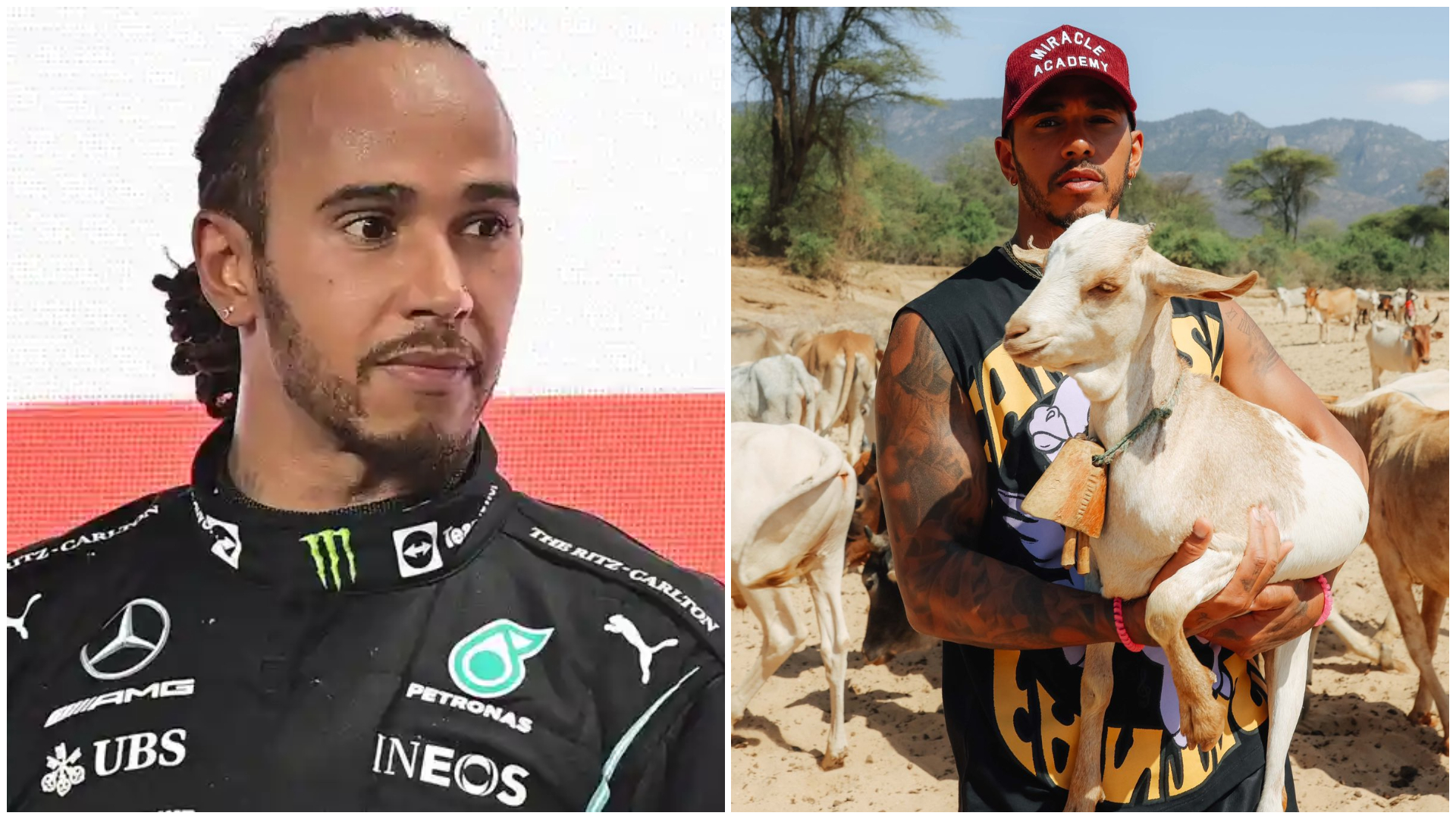 Debate always ensues regarding the G.O.A.T(Greatest of All Time) in every sport. Formula One Mercedes’ racer Lewis Hamilton grabbed some eyeballs with his recent social media post. He certainly made a cheeky claim and wanted the fans to interpret the same. The seven-time F1 world champion, who has been traveling in Africa during the mid-season break, posted a picture of himself carrying a goat in the countryside. This took Twitter by storm as the fans started weighing in their comments regarding the amusing post by Lewis Hamilton.

Hamilton took to his Twitter and dropped the picture with the caption: “New best friend ~” F1 fans were quick to comment on the snap as several of them dubbed the Brit as the ‘GOAT’ of the sport.

One wrote: “A Tale of Two Goats.

One born a goat, the other trained and raced to be the Greatest of All Times.”

Another said: “Finally hanging out with your brothers and sisters?”

One remarked: “Goat holding a goat.”

Another chimed in: “I like how you carry yourself, Lewis.”

Jessica Smetana said: “You can never have too many goats in one photo”

“A rare picture of Lewis Hamilton holding himself!” another wrote.

You can never have too many goats in one photo https://t.co/ZByruLZGhb

A rare picture of Lewis Hamilton holding himself! https://t.co/gfr7GWd6a6

Lewis Hamilton around his own kind 🤲✨ https://t.co/qFriJyqYWJ

Lewis Hamilton is currently eager to secure a record-breaking eighth world title. Hamilton has struggled to repeat the same success that he has done previously on the track so far this season as he currently sits in sixth position in the Driver’s Championship on 146 points, 112 behind leader and Red Bull driver Max Verstappen.  His team, Mercedes, are currently third in the Constructors Championship behind Ferrari and first place Red Bull. The F1 teams are set to return to the track later this month as they will contend for the Belgian Grand Prix at Spa-Francorchamps on the August 26-28.