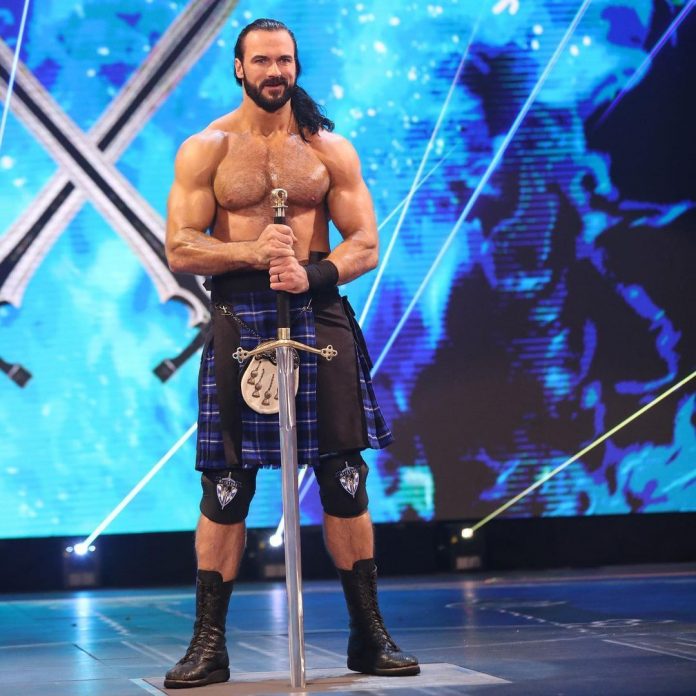 WWE star Drew McIntyre recently had an interview on an episode of Rasslin’ with Brandon F. Walker where he opened up about his wish to face NXT UK star WALTER.

The former WWE Champion Drew McIntyre is currently involved in a feud with Bobby Lashley who is the current holder of WWE title. They are set to clash at Hell In A Cell pay-per-view inside the demonic structure of ‘Hell in a Cell’ for the ultimate prize in the company.

During the recent interview McIntyre was asked to share his thoughts about the current NXT UK Champion WALTER, and if considers going one on one with him.

McIntyre said it is only a matter of time before they face off, and also revealed that he had actually wanted to wrestle him since right before his return to the WWE.

WALTER has also previously revealed his wish to square off against The Scottish Warrior. Drew McIntyre said: “I can’t wait until it happens, it’s going to happen. It’s just a matter of time. You know, we rolled in the ring a few minutes at Survivor Series. We got into a big man chop battle, you can decide for yourself who won that one, obviously I’m going to be a bit biased.”

McIntyre said that WALTER is someone who makes everyone believe the wrestling match. He also spoke about his physique and in-ring style.

He said: “But WALTER is just someone who, talk about believability in the ring, you watch a WALTER match and he makes you believe. He’s so big, unique looking, and dominant, with such a believable style.

The former WWE Champion lauded the German wrestler for his work in NXT and for representing European wrestling.

Drew McIntyre recalled seeing WALTER for the first time in wXw event in Germany and straight away wanted to face him in the squared circle.

But he regrets not getting a chance to work with him. But, as he said, it’s only a matter of time when the two top-tier stars cross their paths in WWE.

WALTER’s NXT UK Championship reign recently surpassed two-year in April this year which is a great feat for the German International. We will see when WALTER and Drew McIntyre collides in WWE ring.