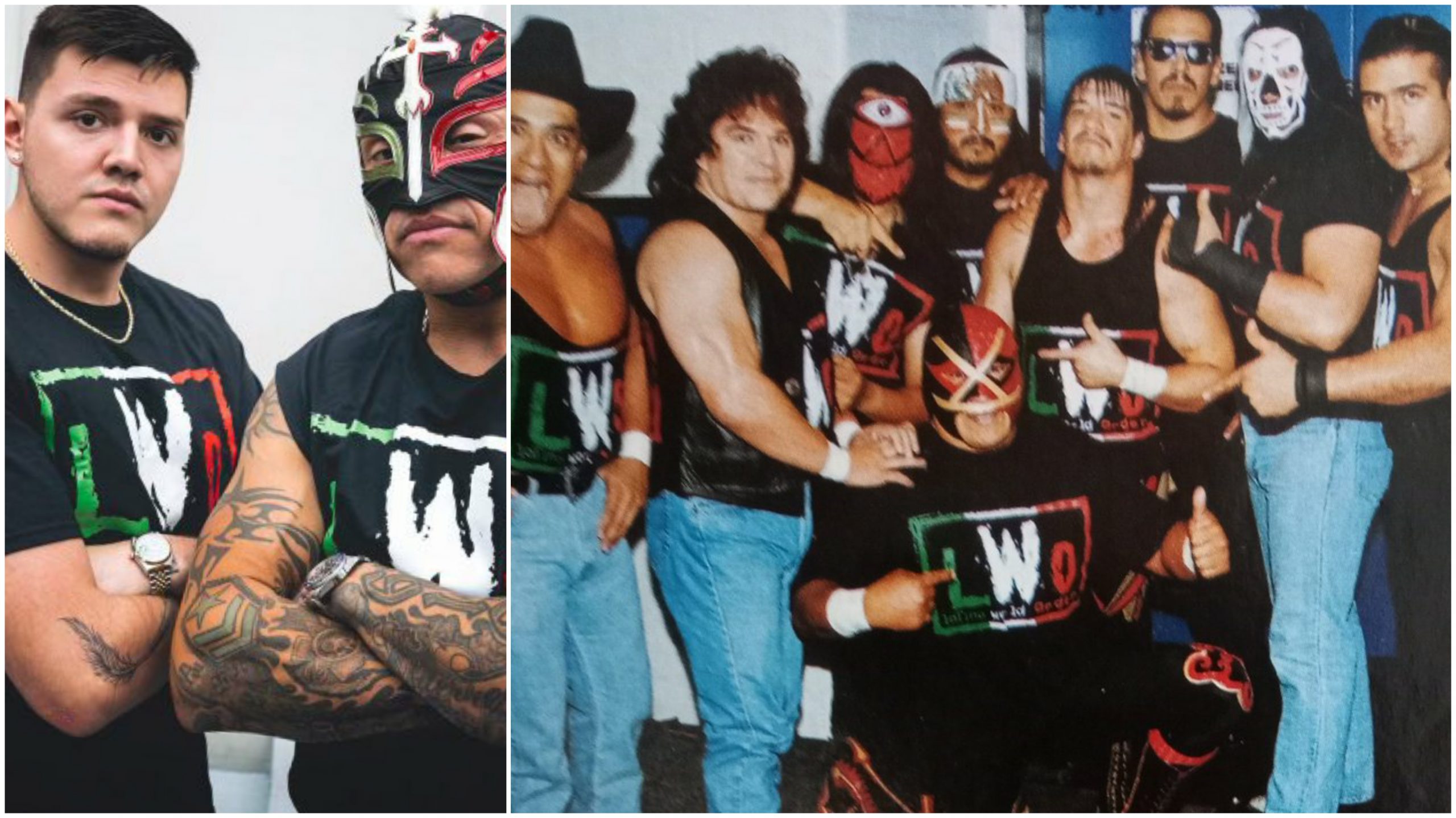 Dominik Mysterio has called for a return of an old WCW faction: the Latino World Order (LWO), which had his father as a member.

WEARING A LWO SHIRT, DOMINIK MYSTERIO CALLED FOR A RETURN OF THE FACTION

Wearing a shirt of the faction, Dominik Mysterio called for a return of the 20th century group in the modern-day landscape of WWE. As the Vince McMahon owned promotion owns all trademarks and intellectual properties of their former competitors, they can easily use the name of the faction if they want to.

Latino World Order (LWO) existed in WCW from 1998 to 1999, and was led by the late great Eddie Guerrero. The name of the stable was invented by Jason Hervey and was inspired by and intended as a mockery of the famous New World Order (nWo), which had been dominating the landscape of WCW since its creation and by that time had a considerable portion of the roster as its members.

The LWO was formed in late 1998 after Eddie Guerrero’s spat with WCW head Eric Bischoff, a real-life conflict that was turned into a storyline. Guerrero’s shoot (professional wrestling terminology meaning unscripted) promo of wanting to get out of his WCW contract was quickly turned into a storyline. Most Mexican members of the roster was brought into the group’s umbrella.

The group majorly feuded with Rey Mysterio jr, who refused to join the faction. Mysterio was forced to become a member after losing a match to Eddie Guerrero. When the group disbanded, Mysterio proved to be the most loyal member, aa he refused to remove his LWO colors. The nWo beat him down and forcibly tore off his LWO shirt, leading to the definitive end of the faction.

The members of the group were: Eddie Guerrero, Mysterio, Jr., Juventud Guerrera, Psychosis, La Parka, El Dandy, Silver King, Villano V, Héctor Garza, Ciclope, and Damián, with Spyder/Art Flores, a friend of Guerrero, as the group’s bodyguard. Chavo Guerrero, Eddie’s nephew was refused admission as he was, in storyline, mentally unstable at that point. Konnan was the only Mexican member of the roster to not be a part of the faction.