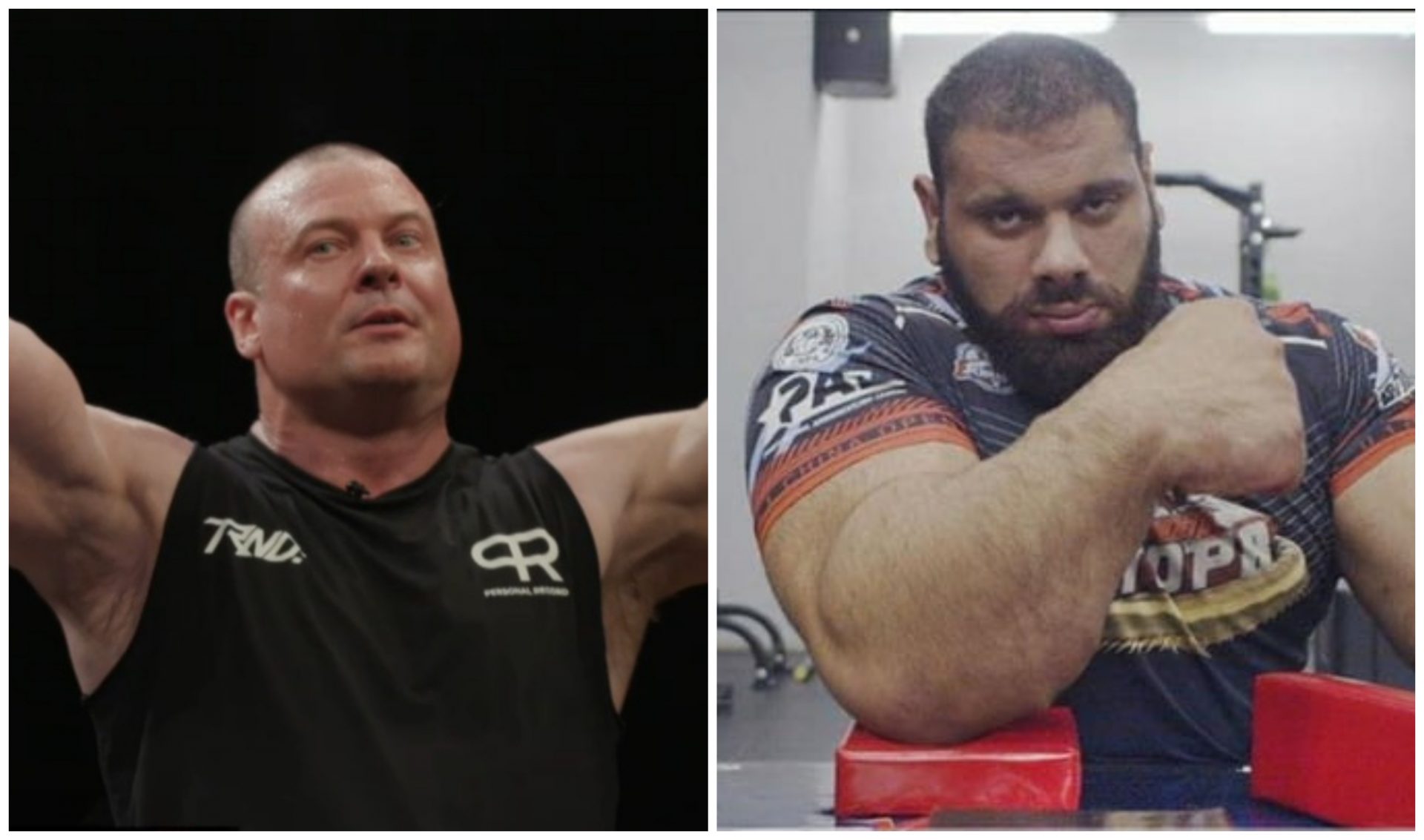 The arm wrestling fandom was recently treated with the much-awaited rematch between two of the biggest elites in the sport- Devon Larratt and Michael Todd. Touted as the “King of the Table” event, the bout took place took place at the Conrad Dubai in the United Arab Emirates on 28th May.

The match saw “No Limits” Devon Larratt avenging his loss against Michael Todd from WAL 406 in 2018, as the Canadian superstar dominated the “Monster” via unanimous decision (5-0), proving once again why he sits at the top of the sport at the moment.

In the meantime, only days after the super fight, the name of another contender has appeared on the horizon, tipped to be Larratt’s upcoming opponent, and its none other than Georgian arm wrestling giant Levan Saginashvili.

Who is Levan Saginashvili? The “Georgian Hulk” who wishes to pull Devon Larratt

The towering 6 feet 3 inch, 170 kg weighing arm wrestler is nicknamed the “Georgian Hulk”, fitting for his stature and the attitude he brings to the table. Dedicated fans who are well known about what Levan has accomplished in the sport, have been waiting with bated breath to see him pulling the top arm wrestlers across the globe.

With the conclusion of Devon Larratt vs Michael Todd, the sport has a new master in its hierarchy or should be said, the one who regained his spot on the throne of arm wrestling. Larratt, who completely obliterated Todd in a match which was believed to be neck to neck, is now being challenged by Levan, and which essentially could become the biggest match the sport has seen till date.

Recently, popular arm wrestler Ryan Blue Bowen has revealed that he has had a conversation with Levan Saginashvili on Instagram, where the Georgian had expressed his desire to pull Devon Larratt.

On his official YouTube channel, Bowen shared the screenshot of the convo he had with Levan in the latest clip, in which, Bowen had asked Levan if he is planning to face off against “No Limits”.

To which, Levan nodded as well as insisting that when they clash, he hopes Larratt will perform better than compared to how he stacked up against Michael Todd.

“Of course I plan/Want to pull Devon, hope he brings his A game and be in a better form than in a match with Michael”, said Levan.

Going further into the conversation, the 32-year-old Georgian even revealed that he is ready to not only pull Larratt, but also Todd and on the same day, recollecting how he wanted to face off against Ukrainian arm wrestler, bodybuilder, and strongman champion Denis Cyplenkov as well as six time WAL champion Dave Chaffee.

However, there’s one hiccup that can potentially hamper a match between Devon and Levan. The latter, who is the champion of the Professional Armwrestling League (PAL), may or may not receive the green light from the organisation president Igor Mazurenko to face Larratt.

However, in the conversation with Bowen, Levan himself showed a positive reaction when asked about the same, acknowledging that PAL will allow the Larratt match.

While there are yet no legitimate talks or progress towards the proposed fight that both the arm wrestling fans and fraternity will be highly awaiting to see, its no wonder than seeing two of the biggest superstars in the sport locking their arms on the table will go down as the biggest even in the history of arm wrestling till date.

Do you think Devon Larratt will nod to the challenge from Levan Saginashvili? Will the PAL allow the match? Who can come out as the winner? Let us know in the comments below.