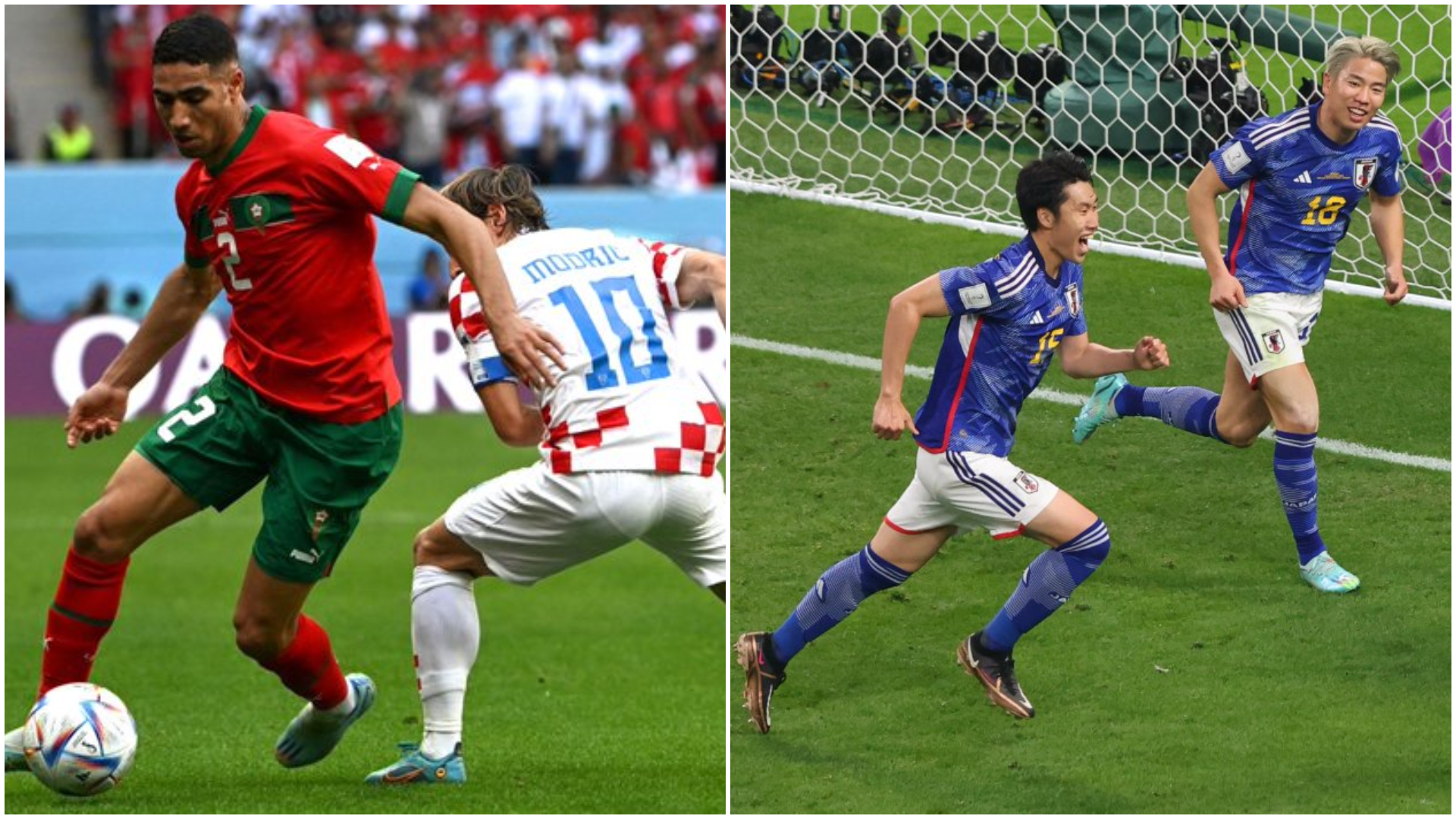 Croatia and Morocco played out a 0-0 draw in Group F clash in the ongoing FIFA World Cup 2022 at the Al Bayt Stadium in Qatar on Wednesday. Meanwhile, Japan stunned 4-time world champions Germany in a Group E match with a 2-1 outcome at the Khalifa International Stadium.

Morocco and Croatia clash end in a goalless draw

Chances were at a premium at Al Bayt Stadium the contest produced little goalmouth action, and ended in the third goalless draw in nine games at the World Cup so far. The fans saw glimpses of goal for both sides, with Nikola Vlasic going close for Croatia at the end of the first half while Noussair Mazraoui had a header saved for Morocco.

Morocco looked primarily to Hakim Ziyech for inspiration and the Chelsea winger, recalled to the squad following coach Walid Regragui’s appointment, was their most dangerous attacking outlet in the early stages, although his good work lacked an end product. Morocco were perhaps the better side in the second half, but for all their efforts their only other chance of note was Achraf Hakimi’s swerving shot from a distance that was punched away by Livakovic. The two sides were happy to share a point each.

Japan pulls off a comeback win

The ongoing FIFA World Cup has become a campaign of major upsets. Ilkay Gundogan calmed Germany’s nerves as he calmly put the Germans in front after a penalty against Japan. Kimmich played a pass deep into the penalty box for Raum, who cut back and seemed to be clipped by keeper Gonda. Then, in the act of getting back to his feet, Raum is tackled to the floor by the keeper and the referee has no option but to point to the spot. Kai Havertz could have doubled the lead at the stroke of half time but his strike was ruled offside.

Two late goals in the second half guided Japan to a comeback victory. Super Sub for Japan as R. Dōan netted the equalizer in the 75th minute of the game. Minutes after scoring the opener for Japan, Takuma Asano stunned Germany with a brilliant finish. Japan took the lead in the 83rd minute of the game and won the game.