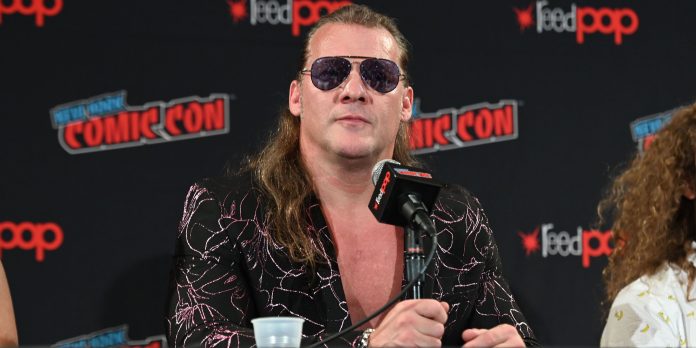 The former AEW World Champion Chris Jericho recently opened up on the success of the promotion and believes they would get ‘dangerous’ for WWE as they are considered to be their rivals. He also said AEW is doing better than WWE.

All Elite Wrestling(AEW) has been doing a great job in the wrestling seen having plethora of incredible talents. Backed with passionate fans, they have escalated in the business that they are even competing with WWE.

The television deal with TNT has helped them a lot but it is uncertain that the promotion will stay around even after the multi-year deal expires.

The Demo God recently spoke with Wrestling Observer Radio and expressed that AEW is always in a better place than WWE.

Chris Jericho said that if they continue to work the way they are doing, they could surely stick around and eventually get bigger than what they are now. The former WWE star said if they are able to achieve a better and bigger TV deal later, then huge things are expected from them.

He said: “There’s no guarantee that AEW will be around past our television deal ending, but if we keep doing the numbers we’re doing and telling the stories we’re telling, the next deal might be even bigger than the last one. Then you’re really dangerous, because our show is better than their show. I’m just telling you, I’m being completely honest, it’s better than their show.”

AEW and NXT were a part of so called Wednesday Night Wars. But when NXT moved to Tuesday nights AEW’s viewership has increased steadily.

However, viewership saw a huge dip this week with an average of 889,000 overnight viewers. The promotions Blood and Guts event is set to take place next week. We will have to wait and see how the viewership does.

At the event Chris Jericho’s Inner Circle would take on MJF’s Pinnacle in the Blood and Guts match. Whatever be the outcome, we can expect a blood fest and brutal battle between the teams.