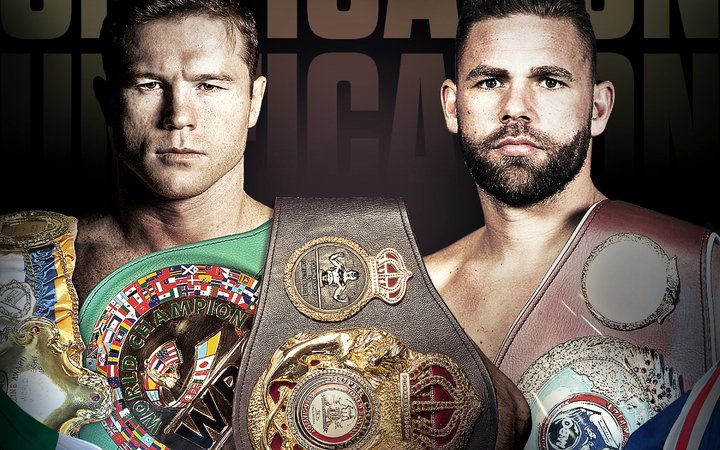 The buildup to the unification fight between WBC and WBA (Super) super-middleweight champion Canelo Alvarez (55-1-2, 37 KOs) and WBO titleholder Billy Joe Saunders (30-0, 14 KOs) on 8th May gains some positive pace as a couple of lingering issues are being straightened out.

The first issue regarding the choice of judges for the fight that is set to take place at the AT&T Stadium in Dallas, Texas was brought up by Saunders, who, pointing out a number of terms of the match that did not meet his suppositions.

Back in mid-April, Saunders claimed that he signed the Canelo fight deal to have a neutral judge panel on board, that is, having one English, American, and Mexican judge. However, with no judge from his home country announced for the bout, Saunders raised the concern and even warned to pull out from the fight.

“I’m looking to get that win as long as it’s a fair playing field,” Saunders had spoken to iFL TV, “I’m here to win. I did this deal based on an English judge, American judge, and Mexican judge. And now, when I came here the other day, no English judge and English officials allowed.”

Now while Saunders’ wish has not directly been fulfilled, the Texas Combative Sports Program has assigned an all-American judge panel for the fight, consisting of Nevada’s Tim Cheatham, California’s Max De Luca, and Connecticut’s Glenn Feldman, answering to both Saunders as well as his promoter Eddie Hearn’s call for having a ‘neutral’ panel.

Just days before the fight heads towards the AT&T Stadium, a dispute over the ring size had almost taken the much-anticipated title bout to the verge of cancellation. On Saturday, Saunders wished to have a 22-inch ring for the fight, which is over the maximum size of 20 inches.

After Canelo and his team completely thumbed down the idea of having a larger ring size, a shocking statement from Saunders’ father Tom that the fight was off, claiming that “the negotiations have broken down completely,” the British pugilist himself broke the ice on social media.

Going live on Instagram from his hotel room in greater Dallas, Saunders cleared up the cloud, assuring that the ring size issue has been worked out and that the Cinco de Mayo weekend will definitely witness the unification fight.

“I just want to say, I’m pleased the issue is sorted,” said Saunders in Instagram Live, “obviously, as you can see, I tagged Canelo and Eddie Hearn in my last video. The ring is not a problem. Thumbs are up.”

Previous articleBREAKING: Jose Mourinho joins AS Roma
Next articleLeBron James may be out for 2 games due to ankle issues