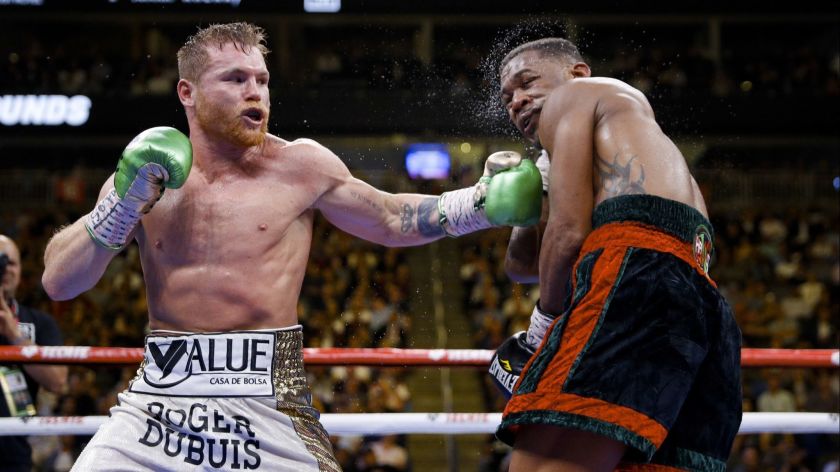 Canelo Alvarez signed the biggest sports contract in the world in 2018 where he signed a staggering 11-fight, $365 Million contract with DAZN that would see him fighting twice a year. 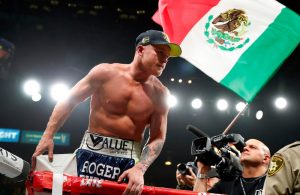 Canelo Alvarez filed a lawsuit last September in federal court against his promoter and DAZN. He was seeking $280 Million in damages over disagreements about whom he should be fighting next including claims of fraud and breach of contract.

“Starting today, November 6, Canelo becomes a free agent, so we are ready to continue with his boxing career,” Eddy Reynoso (manager and trainer of Canelo Alvarez) said in a statement.

“All this time we have been working very hard in the gym with a lot of responsibility and discipline, to be in great physical shape and ready to fight this year. And it will be!”

Canelo fought three times in his eleven fight deal. He fought Britain’s Rocky Fielding in December of 2018 and knocked him out in the third round. In the second fight of his DAZN contract, he took on Daniel Jacobs in May 2019 and won the fight via unanimous decision.

In November of 2019, he moved up two weight classes to take on the reigning WBO light heavyweight champion Sergey Kovalev and knocked him out in the 11th round to become a four-division world champion.

Canelo Alvarez and Golden Boy promotions were unable to agree on the next opponent and the salary for the upcoming fight.

“After extended discussions between the parties, DAZN offered to pay Alvarez and Golden Boy Promotions a fraction of the contracted $40 million license fee in cash and some DAZN stock in advance of a potential IPO,” according to the lawsuit filed in California. “However, the entire value of the package — for a bout against another World Champion — was substantially less than Alvarez’s contractual guarantee.” (H/T – ESPN)

Canelo Alvarez vs Gennady Golovkin 3 may happen in 2021

A trilogy between Canelo Alvarez and Gennady Golovkin may take place in 2021. GGG’s promoter Eddie Hearn stated that GGG has a mandatory challenger to take care of, following which they will proceed to fight Canelo.

“Triple G has a contract with Kamil Szeremeta, his mandatory, for around November time,” said Hearn.

“He must take care of that this year, and then hopefully challenge Canelo again at Cinco de Mayo next year when the world returns to normality.”

Who do you guys think will Canelo Alvarez will fight next?