Bret Hart speaks about Goldberg, calls him an unprofessional pro-wrestler 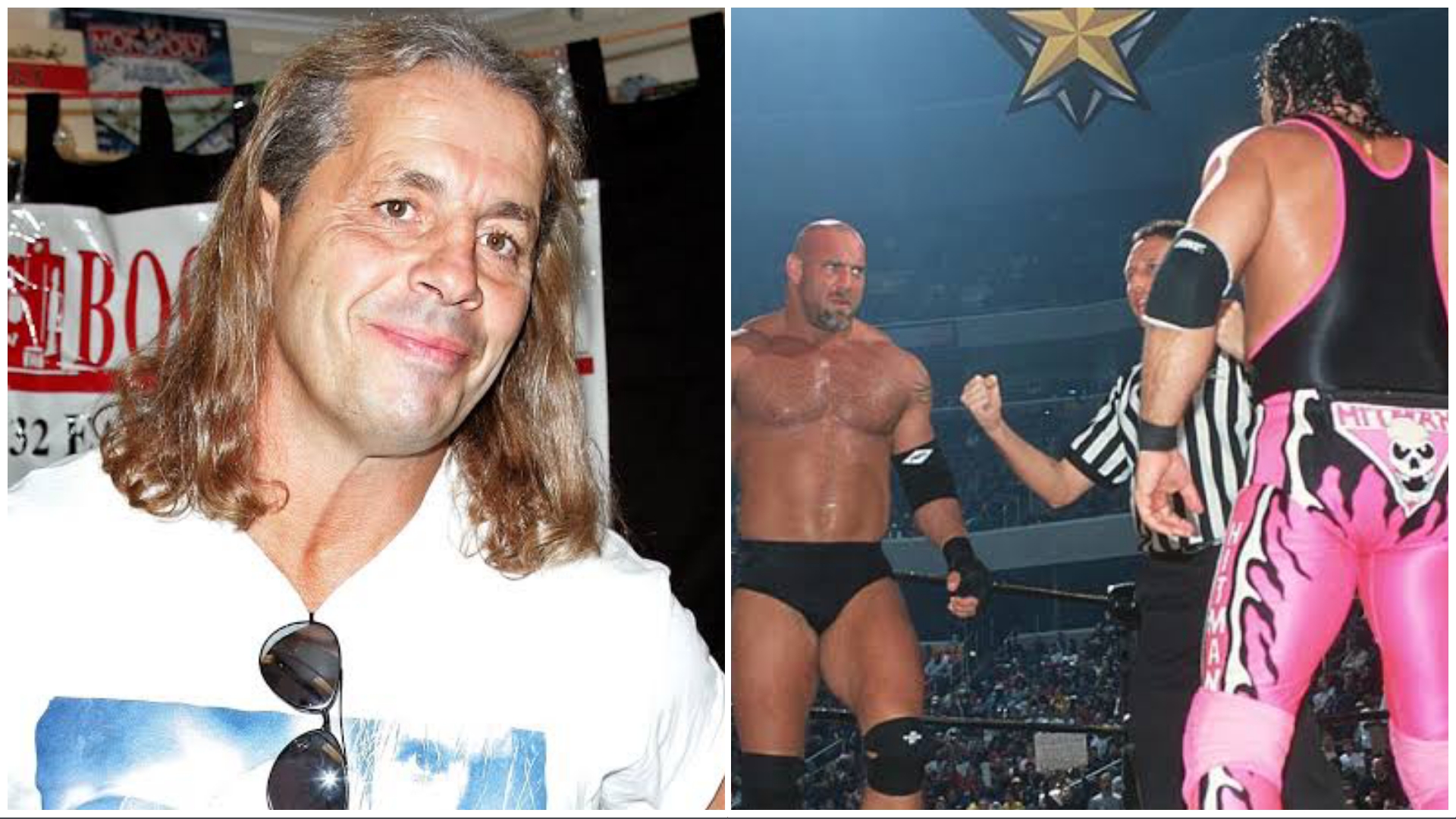 WWE Hall Of Famer and certified pro wrestling legend Bret Hart recently spoke about Goldberg on his Confessions Of The Hitman webseries. Needless to say, his words were not too kind.

According to Hart, Goldberg did not know how to work a pro wrestling match at all. He was more like a gorilla who believed that picking an opponent up and slamming him down was considered good wrestling. While Hart liked Goldberg as a person, as a wrestler he believed him to be dangerous to both his opponent and himself.

“Bill was one of those types of guys that I don’t think understood ever that it’s supposed to look like it hurt but it’s not supposed really hurt. And he had so many people praising him because he’d run you over like a car. Like, he’d football tackle you with no pads on. He’s all jacked up and roided up, and he’s about 280 lbs. You might as well have a real car just drive over top of you. He’d line up and just run you down, knock you down, and hurt guys,” Hart said.

“I asked, ‘how does he do that without hurting everybody?’ And everybody he worked with would come to the back holding their ribs. Guys would have tears in their eyes from how much pain they were in, and he was a really reckless and dangerous guy to wrestle,” he added.

Hart Spoke On The Kick That Ended His Career

Hart inevitably went to point of the infamous kick which concussed him and ended his in-ring career.

“The kick was the work of a total, like, somebody who had absolutely no skill at all. He literally threw me into the ropes and tried to kick my head off my shoulders. Like, there was no working aspect to it. There’s no way you can do it without hurting somebody, and the thing with Bill was that all the ‘I’m sorries’ in the world don’t mean anything when you hurt somebody for real.”

“It ended my career, and one of the things that always bothered me about Bill was about a year after he hurt me, which he never called me and he never talked to me about it. He never called to see how I was doing or anything like that, but he did say when I saw him about a year after I got hurt, in fact a few weeks before terminated my contract, I remember he said to me, ‘it’s the nature of the business – we all know what can happen out there,” Hart said.