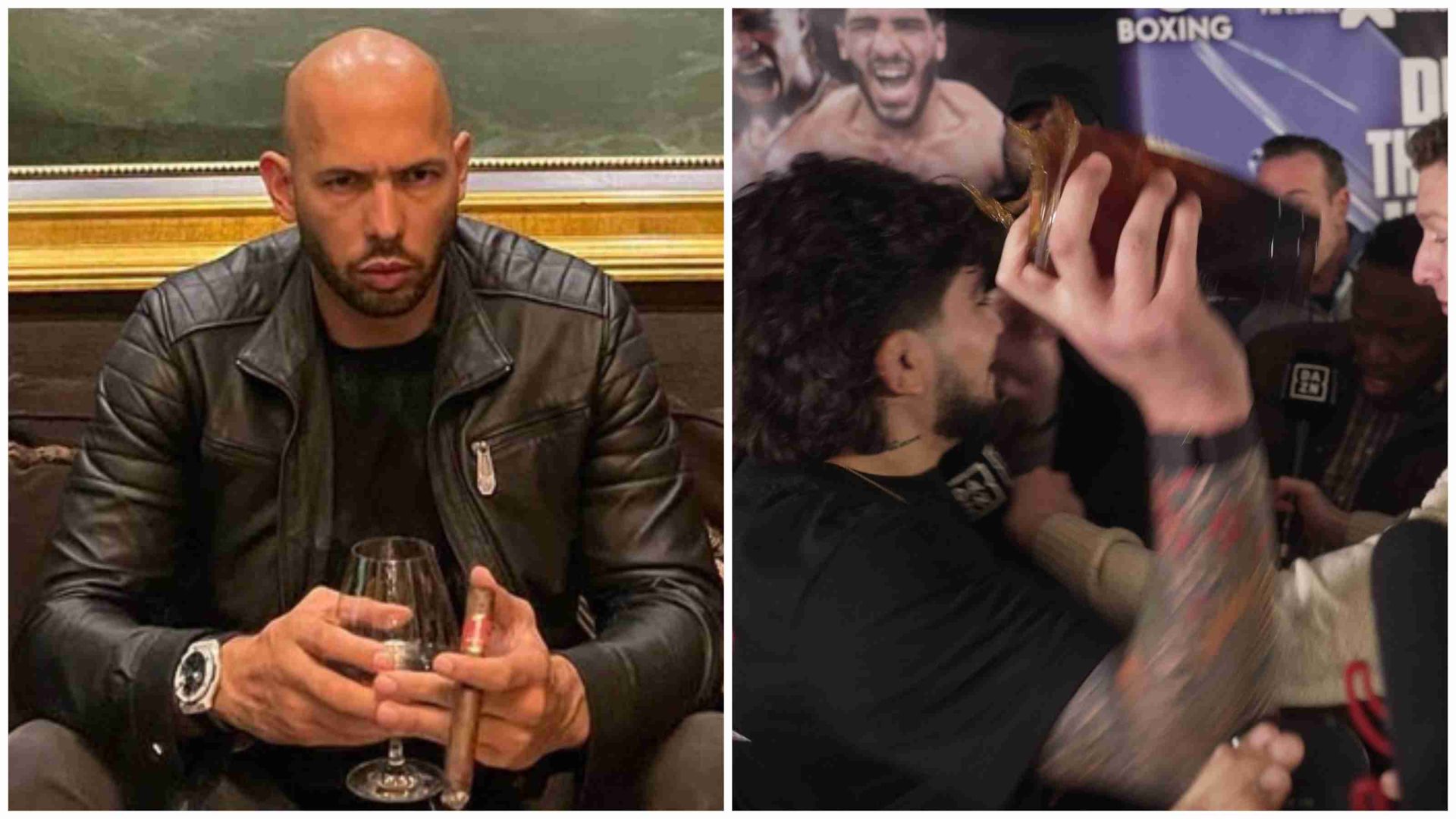 Former kickboxer turned controversial social media star Andrew Tate has enjoyed a resurgence since being banned from all major social media platforms and in his lastest theatric, has gone after KSI and Dillon Danis following their recent brawl.

‘Top G’ has become the talk of the combat sports world after he teased a return to the ring against Jake Paul in a boxing match. Since then, Tate has also appeared at the Floyd Mayweather vs. Deji event facing Paul once again, and is now becoming more active on social media.

However, it looks like the ‘Mafia’ kickboxer is back on track after unloading on YouTuber-turned-celebrity boxer KSI and former Bellator fighter Dillon Danis on YouTube after the two got into a fight. KSI and Danis traded a few hands at the Misfits 3.0 event featuring Hasim Rahman Jr vs. Greg Hardy.

However, the main talking point of the event was Danis’ altercation with KSI and Jake Paul’s teammate Anthony Taylor. After his fight with KSI, Danis was also attacked by Taylor, who managed to land a punch on him.

Jake Paul took to Twitter to address this issue. “Nothing worse than a staged run in with coffee being thrown and then you go outside and get your ass whooped by some real ones,” Paul wrote.

Nothing worse than a staged run in with coffee being thrown and then you go outside and get your ass whooped by some real ones.

It seems that while at the moment there isn’t much development on the fight between Tate and Paul, they have come together to troll other YouTubers. Tate is now back on Twitter after 5 years after the ban on the platform was lifted. It comes after Elon Musk reinstated users banned from the site following a ‘free speech’ message. Tate was banned from the platform in 2017. However, after a five-year hiatus, Top G is now back on the platform and certainly using it to its fullest.

Mastery is a funny thing.

It’s almost as if, on a long enough time scale, losing simply isn’t an option.

Such is the way of Wudan. pic.twitter.com/rJkK92hzCd

Other notable figures with Tate include Jordan Peterson, Kathy Griffin and Babylon Bee. Moreover, Top G even celebrated its comeback with a post aligned with its values. Mastery is a funny thing. It’s almost as if, on a long enough timescale, losing just isn’t an option. he wrote