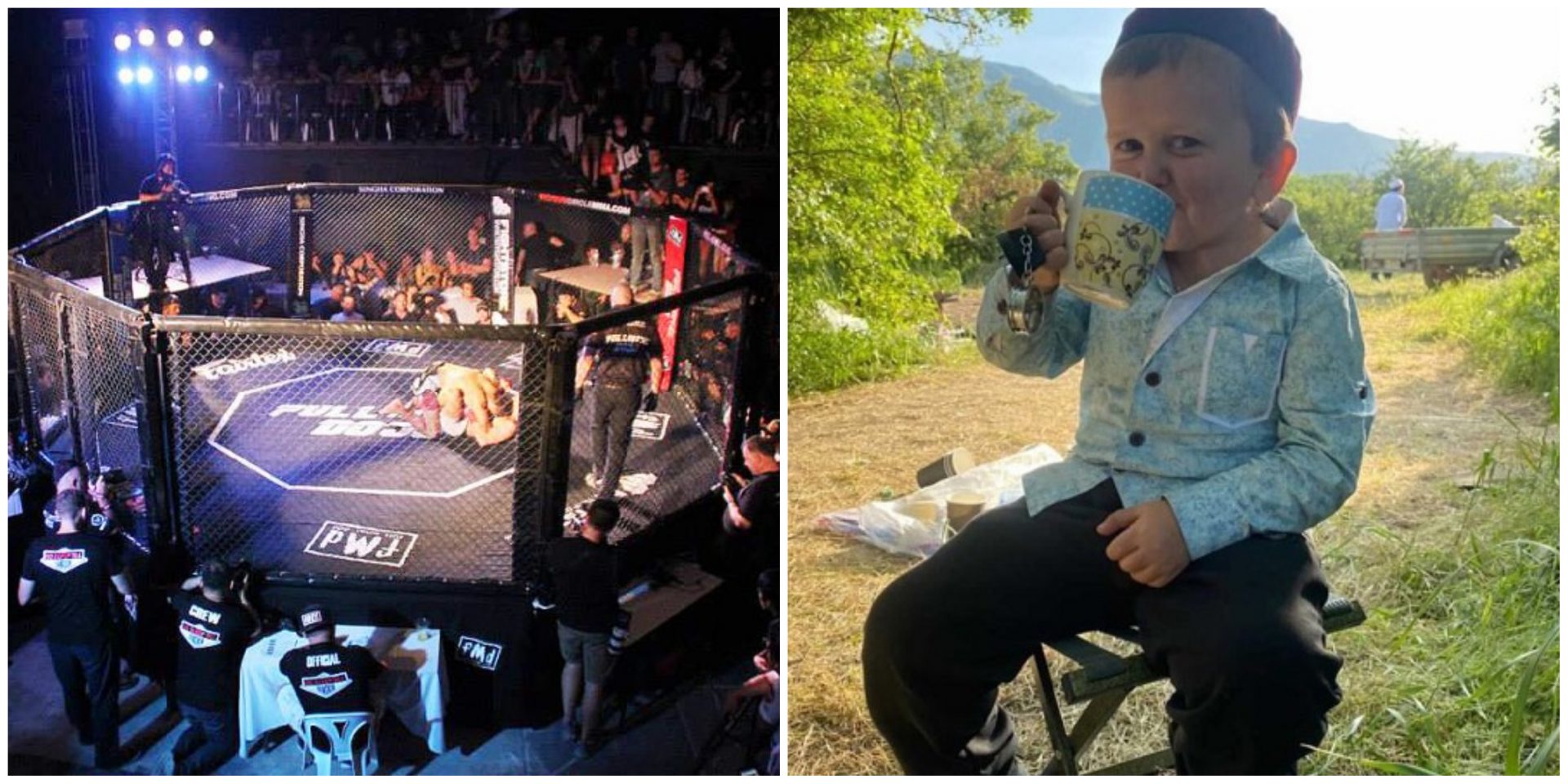 If you thought the internet and combat sports community was unable to handle the popularity and fame of the mighty Hasbulla Magomedov, buckle up because Full Metal Dojo are already on the lookout for the Russian mixed martial arts superstar’s equivalent on American soil.

Over the past few months, the combat sports community saw the rise of Hasbulla Magomedov, the 18-year-old TikTok superstar from Dagestan who became the latest and greatest sensation in MMA.

Even though his much anticipated fight against Kazakhstani rapper Abdu Rozik remained in uncertain regions, Hasbulla’s popularity skyrocketed nonetheless, courtesy to the hilarious skits and short clips that often did rounds across multiple social media platforms.

At times, Hasbulla got into tussles against the likes of UFC fighters such as Henry Cejudo and Rafael Fiziev, and was even compared to Prince George of Cambridge in the wake of UEFA EURO 2020 final.

While no other personality in the combat sports fraternity came close to matching Hasbulla’s fandom, there were some ups and downs from others who tried to climb ‘Mini Khabib’s popularity scale but failed to equal the Makhachkala-born MMA icon.

However, Full Metal Dojo aka FMD, which is the largest Mixed Martial Arts promotion in Thailand, is on a mission to find the alter ego of Hasbulla, and for that, they are taking to United States.

Recently, FMD promoter Jon Nutt shared a post on Instagram, where he called out any drawf from the United States who can match his criteria for being the ‘American Hasbulla’. The reward? An outing to a villa in Thailand.

an edited picture where he is seen with Hasbulla, along with the embedded text that follows: “We Are Recruiting”, “Wanted Alive”, “I am looking for an American Hasbulla!!! A trip to Thailand and a holiday in a villa for whoever delivers what I need”

“PLEASE BE IN TOUCH IF YOU CAN HELP #FindTheAmericanHasbulla” the caption of the post read.

It is understandable as why FMD is aiming to pull off this stunt- Hasbulla single-handedly became the most popular figure in MMA in recent times, despite actually being a professional fighter.

While getting the man himself will be difficult for the promotion, finding an equivalent is surely going to land FMD some fame around the world.