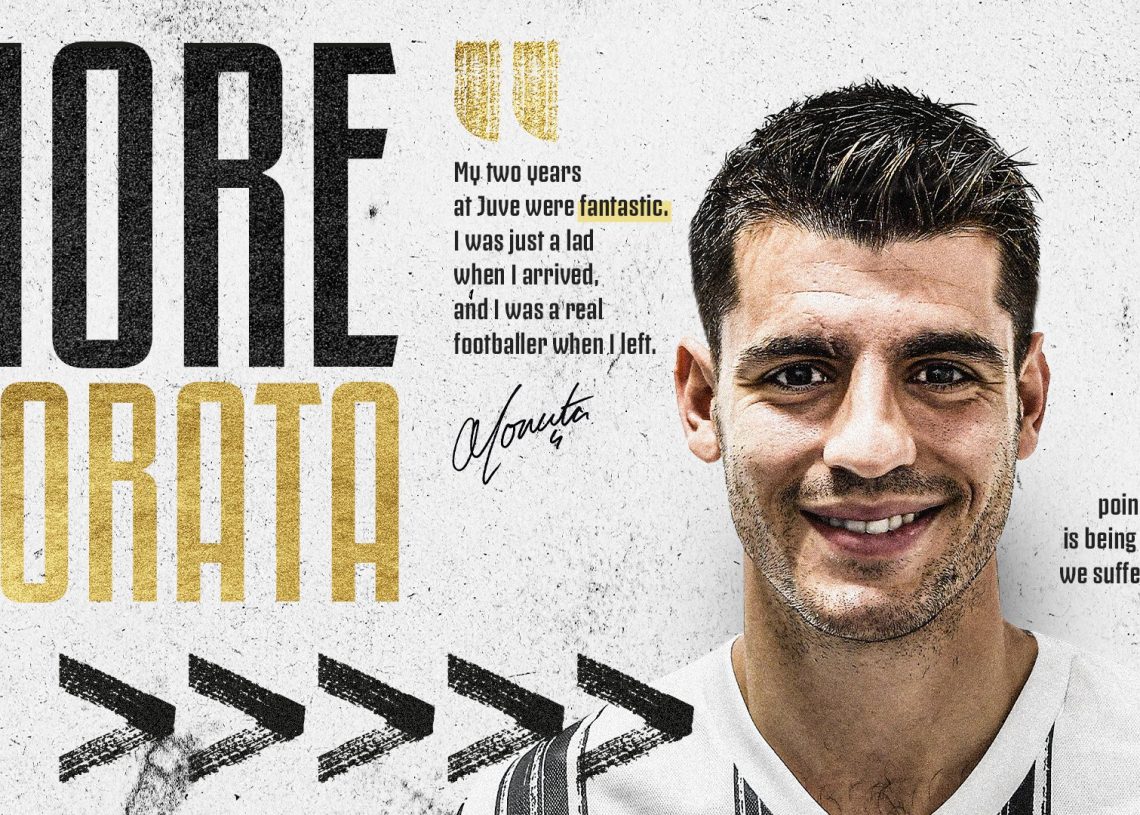 Alvaro Morata has re-signed for Juventus on loan from Atletico Madrid in a deal that will cost €9 million (£8m/$11m) with an option to buy the 27-year-old for €45m.

Juventus, who have been searching for a forward, welcomed Morata back as he landed in Turin.

He then returned to Real Madrid for a season before joining Chelsea and later Atletico, where he netted 12 La Liga goals in 34 games last season.

With Gonzalo Higuain having left to join Inter Miami, Juve had been linked with the likes of Barcelona‘s Luis Suarez and Roma‘s Edin Dzeko.

The stalemate in the Edin Dzeko negations with Roma is reportedly behind the move for Morata, with the Giallorossi struggling to complete a move for Napoli striker Arkadiusz Milik who was set to replace Dzeko in Rome.

Morata scored 27 goals in 93 appearances for the Bianconeri, winning two Serie A titles, two Coppa Italia and a Supercoppa during his last stint with the club.

Juventus had reached an agreement to sign Dzeko , but that deal was complicated by Roma’s desire to sign Napoli forward Arkadiusz Milik as a replacement.

Suarez had travelled to Italy to try and complete a move after agreeing a €10 million (£9m/$12m) contract , but sporting director Fabio Paratici has confirmed that deal won’t go ahead .

Instead, Andrea Pirlo will welcome back his former team-mate Morata as the forward returns to familiar surroundings in his much-travelled career.

Morata’s two years with Juventus were two of his more productive seasons in his career before he went back to Real Madrid on that memorable buyback clause saga. He didn’t rack up goals, but he scored some very important goals in Max Allegri’s first season as Juventus manager as the team advanced to the Champions League final in 2015.

Juventus have won nine consecutive Serie A titles and opened their campaign under Andrea Pirlo with a 3-0 win over Sampdoria on Sunday.

The Old Lady have a tough set of fixtures to come in the league as they travel to Roma on Saturday, before welcoming Napoli to Juventus Stadium on October 4.