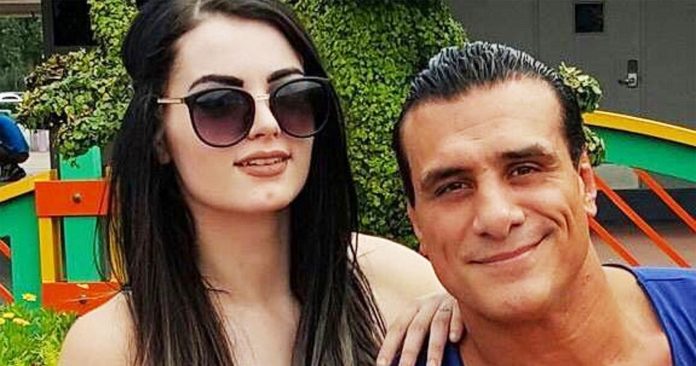 The former WWE Champion Alberto Del Rio recently had an interview with Lucha Libre Online’s Hugo Savinovich.He went on to reveal many unknown secrets about about his past relationship with former WWE star Paige. He further opened up on what went wrong between the two as their relationship fell apart.

Alberto Del Rio and Paige could have built an ’empire’

Alberto Del Rio revealed that he had signed a confidentiality agreement worth $1 Million with Paige to safeguard his interests and future.

The former WWE star alleged that Paige didn’t own a car, a house, or have more than $70,000 in bank balance. Del Rio said that he understood that he was the only person who could lose them all.

Due to their agreement, Alberto Del Rio stated he had to ‘stay quiet’ when Paige made the allegations against him.

Alberto Del Rio then alleged Paige for not abiding by the agreement. Del Rio also addressed rumors of him doing domestic violence while he was with Paige. He denied the allegations and added he was not the person arrested in the matter.

He said: “So that’s why I say ‘thank you, Paige’ because you broke that confidentiality agreement; you freed me to take action if I am attacked again by you or by yours. In that relationship between Paige and me, there was a person who was arrested 3 times in San Antonio, Las Vegas, and Orlando for domestic violence; it was not me. There is a person who has 6, 7 police reports for domestic violence in San Antonio.”

What does Alberto Del Rio wants?

Alberto Del Rio reflected that his main focus was to protect the future of his children and family. The 43-year-old expressed that he did not intend to ruin the former WWE Divas Champion’s life.

He asked Paige to leave him alone and as she breached the agreement, Del Rio said he does not want her money.

He said: “I ask Paige because I have no intention of affecting her life; thank God you have a job, you continue to support it, you continue to receive your payment month after month, keep it.”

He added: “I ask you to hopefully leave me in oblivion as I had left you and that you walk, go ahead, and that God bless you… Paige, I am not going to collect money that does not belong to me.”

It is to be seen what future holds for him as his trial is set to take place on May 3.