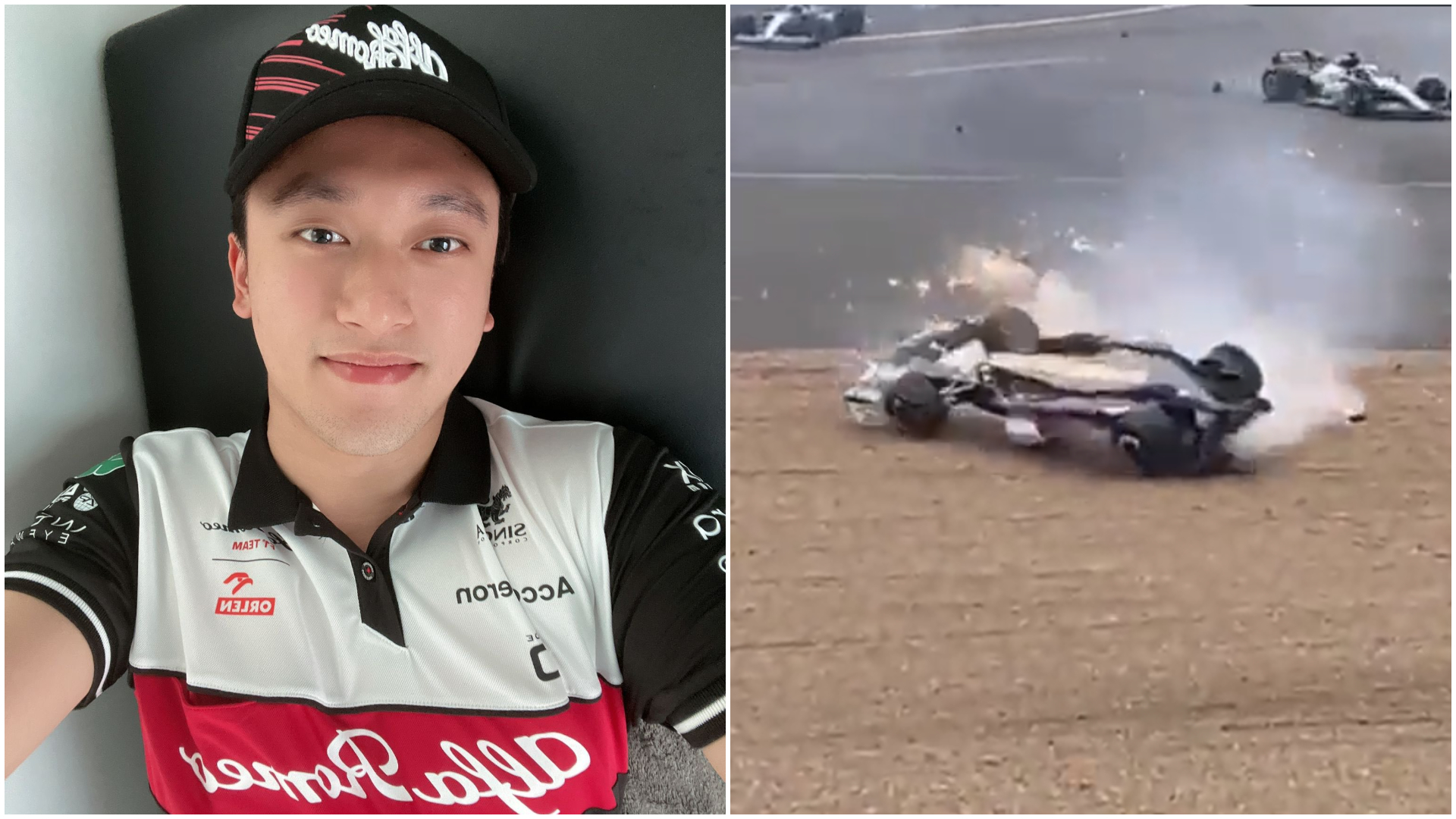 Alfa Romeo racer Zhou Guanyu recently survived a horrendous crash at Formula One British Grand Prix. However, he is set to make his return behind the wheel at next weekend’s Austrian Grand Prix which is just five days after he was involved in one of the most spectacular crashes in recent memory. He recently sent out a message hailing the Formula One medical team and assured his comeback.

Zhou Guanyu: “I’m keener than ever to get back on track”

The 23-year-old Chinese racer revealed he is “keener than ever” to get back track after he survived the opening-corner mishap at Silverstone.

He was extracted from his wrecked car, and taken to the on-track medical centre, Zhou was declared medically fit by the FIA. It is not anticipated that he will have to undergo any additional tests to prove he is ready to race next weekend.

“Hi everyone and thank you for all the kind messages,” tweeted Zhou on Monday. “I want to to thank the marshals and the medical team at Silverstone – they were really fantastic.

“I’m keener than ever to get back on track. See you guys in Austria.”

Hi everyone! Thank you all for the kind messages. I want to thank the marshals and the medical team at Silverstone, they were really fantastic. I’m keener than ever to get back on track, see you guys in Austria!

The onboard footage from Pierre Gasly’s car captured the dreadful moment when Alfa Romeo’s Zhou Guanyu was flipped upside down at the Silverstone race track. At the start of the race, AlphaTauri’s Pierre Gasly, in his attempt to squeeze through a small gap, clipped Mercedes’ George Russell that resulting in a horrid multi-car pile-up which also involved Yuki Tsunoda, Esteban Ocon and Alex Albon.

After being clipped by Gasly, Russell’s Mercedes collided with Zhou Guanyu’s car, turning his F1 car over and causing it to turn at high-speed upside down across the gravel trap in a shocking manner.

Zhou’s car then smashed into the barriers at high speed and was thrown into the air by the impact-absorbing barrier. Consequently, Zhou’s car was flipped and came to rest between the tyre wall and the catch fencing.

Looks like George was the cause of the crash pic.twitter.com/BIwxWCx2G6

F1: Lewis Hamilton fires back at Nelson Piquet after the latter used racial slur; could face ban if not apologised