Will Raducanu be the start of breakout movement? 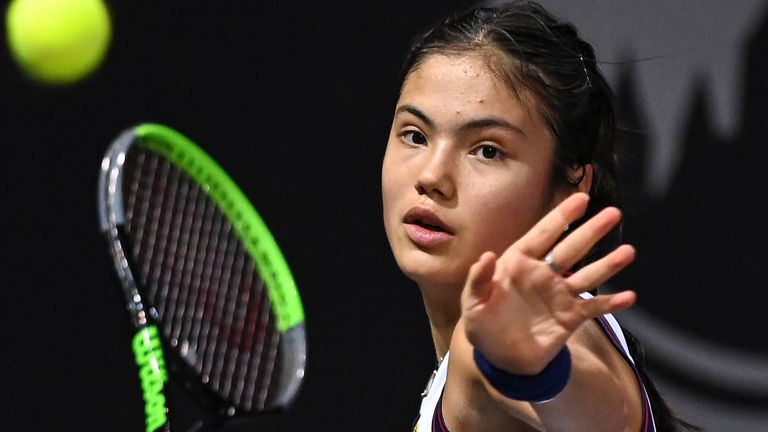 Emma Raducanu became the second youngest US Open champion in history when she defeated Leyla Hernandez at Flushing Meadows. The 18-year-old was sensational in the competition, driving her way through the qualifying rounds before surging past all her opponents without dropping a set to win the Grand Slam. She became the first qualifier to win the tournament, highlighting the incredible nature of her run to the crown.

Raducanu already became the darling of British sport after an improbable run into the fourth round of Wimbledon, but her brilliance at the US Open has made even more beloved by a nation that has been starved of success at the highest level of women’s tennis. The 18-year-old is the overwhelming favorite in the Sports Personality of the Year winner odds at 1.06 to triumph after her exploits. And although there is still time for others to achieve greatness in the realms of British sport, there are no contenders in the Sports Personality of the Year betting tips that would seemingly come close to her mark of ending a 44-year drought without British female Grand Slam winner.

The decline of Serena Williams at the top of the game has left a void at the major championships. Williams would more often than not dominate the Grand Slams, but her absence has allowed other players to emerge and showcase their abilities. Raducanu seized her opportunity, despite the US Open being only her second slam appearance. Raducanu’s success should be a beacon of hope for other players on the WTA tour that are just beginning their journeys.

Coco Gauff is younger than Raducanu, but incredibly has more experience than the 18-year-old. Gauff was signalled as the heir apparent for Williams at the top of the women’s game, but has not made the significant impact at the top of the Slams.

In nine appearances in major competitions, she has reached only as far as the quarter-finals, although encouragingly her best finish came in 2021 when she progressed to the last eight of the French Open. Gauff was beaten by the eventual winner, Barbora Krejcikova, in straight sets, missing a potential opportunity as she would have been the second highest-seeded player remaining in the draw in the semi-finals. The American will be 18 in 2022, therefore, she has plenty of time to develop her game, but the success of her contemporaries will provide pressure.

This is Fernandez’s first win over a top-3 ranked player in the world 👏 pic.twitter.com/Z4CikYwNIs

Fernandez is also a very talented player. She too was outstanding in the US Open, and if not for the brilliance of Raducanu, the Canadian would have claimed her first Grand Slam crown. The 19-year-old beat a number of talented players on her way to the final including Aryna Sabalenka, Elina Svitolina, Angelique Kerber and two-time champion Naomi Osaka. You don’t beat players of that caliber without boasting special ability. The left-hander will have been richer for the experience and may benefit from being under-the-radar at the next Slam. It would be no surprise to see victorious at the Australian Open given the quality of her performances and her maturity on and off the court.

Raducanu may have potentially broken down the door for women’s tennis, and there are a number of outstanding players that are emerging to put the game in a very healthy position moving forward.