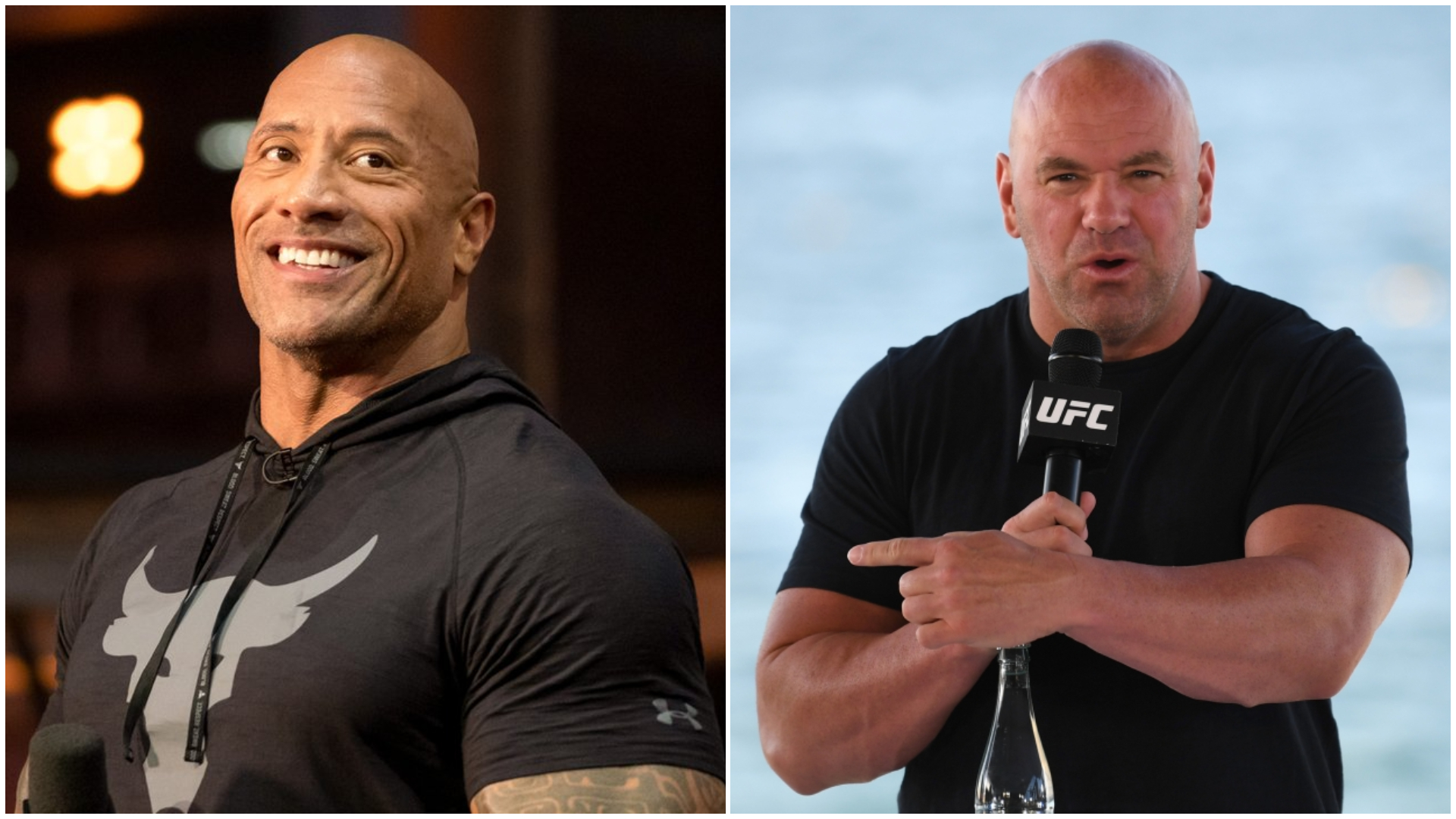 The pro-wrestler-turned actor ‘The Rock’ (real name Dwayne Johnson) recently made a huge move as he inked a historic multi-year deal to become a global partner of the Ultimate Fighting Championship(UFC). The Great One’s Project Rock athletic label – which is a part of Under Armour signed up to become the official footwear of Dana White’s promotion. The Rock recently opened up on the deal and said Project Rock’s collaboration with the UFC means a great deal to him as both brands share the same values.

The Rock outlines the importance of the deal with UFC

During an interview with ESPN MMA, Dwayne Johnson spoke about sharing a great friendship with UFC President Dana White which has spanned for over a couple of decades. ‘The Great One’ credited White for pitching the idea of working together.

The Fast & Furious franchise star. The former WWE Champion further expressed his gratitude to White as Project Rock would gain a lot of exposure from associating with the UFC and explained why it meant a great deal to him:

Here is what The Rock said on the new deal with UFC:

” I’ve put so much heart, blood, sweat and respect into the brand [Project Rock] because its a reflection and an anchor of who I am in my DNA. But beyond I think the brand exposure and these two brands coming together, it’s deeper than that to me… The fighters, the men and women, they’re the hardest workers in the room. They are the ones who walk the walk. They are the champions so it’s an honor and privilege for them to be wearing Project Rock.”

What does the deal means for UFC?

The agreement implies that male and female fighters and their corner teams will wear Project Rock footwear for fight-week promotional events, workouts, weigh-ins and for their walks to the cage on fight night itself.

Reebok was previously UFC’s footwear sponsor but those duties will now be taken over by Johnson’s sports brand. Additionally, it has been also noted that Project Rock and UFC will release a co-branded range of shoes later in 2022.

The financials have not been made public yet but the deal was closed with last night’s UFC 270, the inaugural night for Project Rock to be featured in a UFC setting.

Previous article
The Key Soccer Matches to Watch In 2022
Next article
Is there a chance Conor McGregor will get a shot for the title?