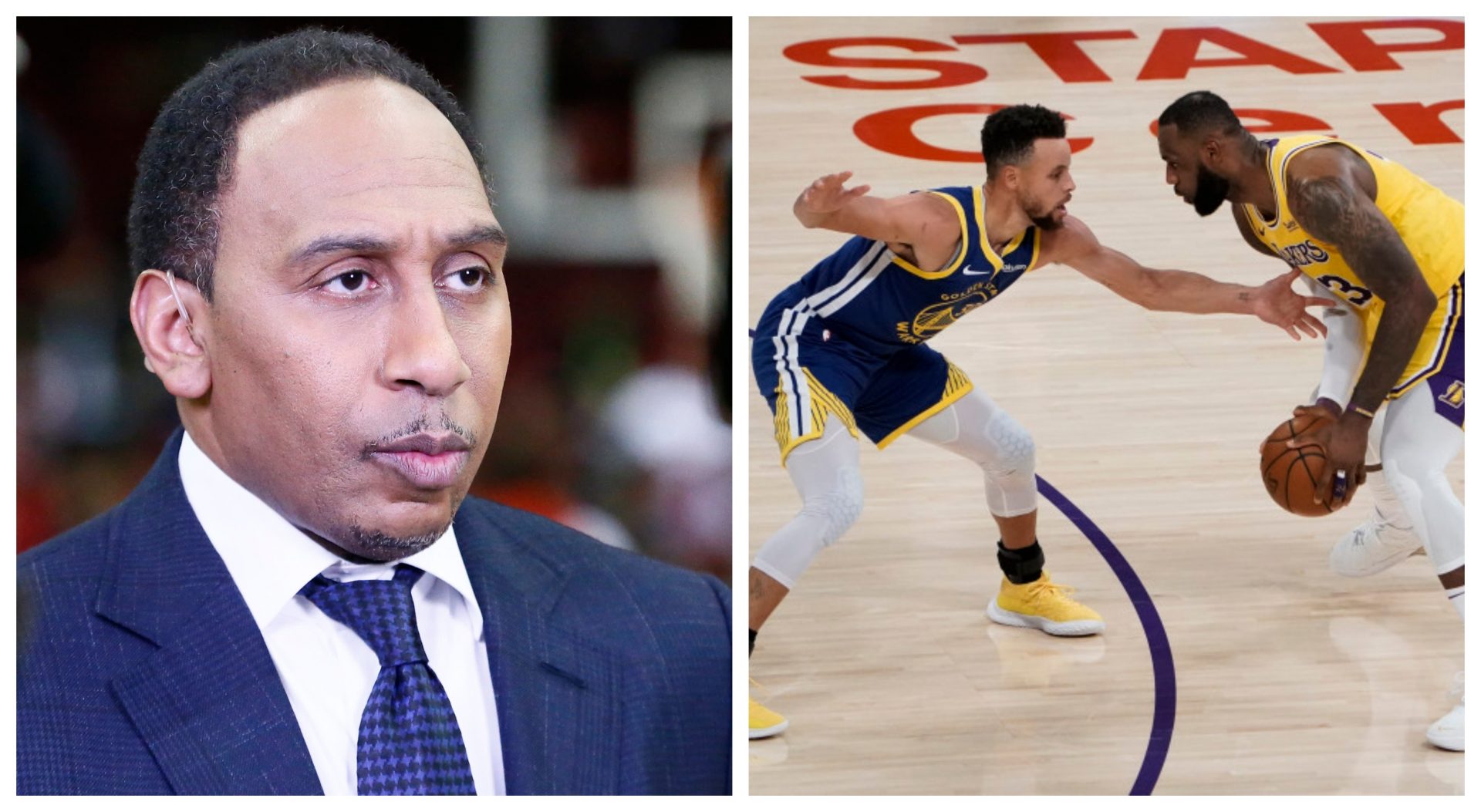 With the regular season of the NBA reaching its conclusion, all eyes are on the inaugural play-in tournament. In the highly anticipated LeBron James and Stephen Curry matchup, Stephen A Smith has boldly placed his odds on the latter following a fiery debate.

Defending champions Los Angeles Lakers have found themselves occupying the seventh seed and will play against eighth-seeded Golden State Warriors for a place in the playoffs.

LeBron has shrugged off his injury woes and came back strong against the Pelicans, but their hopes for a direct playoff spot was quashed after Trailblazers’ win on the other side.

Stephen Curry, on the other hand, scored 46 points to steer Warriors to a win over the Grizzlies for the scoring title as well as the eighth seed in the Western Conference.

In the raging and sparking debate that bubbles each time the two star players tussle, a new area to embark comes up. Who of the two would be more lethal in a one-off match setup.

Stephen A Smith vehemently took the corner of the Warriors ace, claiming that the ‘greatest shooter god has ever created’ should be the player to watch out for.

“When it’s the question of who you should be the most scared of going against, that person is Steph Curry.”

He proceeded to also remind that the numbers are in favour of the Warriors ace when he comes up against the four-time MVP. Over the years, the guard has had a numerical advantage of 3-1 in the finals over LeBron James.

“Steph Curry and LeBron James went against each other in the Finals, how many times? FOUR! How many championships did Steph Curry win? THREE!” Smith passionately told Max Kellerman.

After Smith raised the point of Curry having an edge over LeBron in the finals, fellow guest Max Kellerman brought up the fact that Curry was overshadowed by Kevin Durant in two of those finals.

Moreover, he also added that LeBron had to carry an injury struck Cavaliers side against one of the most offensively gifted NBA team in history.

“Stop bringing up five years ago, as if it equates to now,” Smith retorted before adding that Curry does not deserve to be treated like a choker.

“Steph Curry has showed up in plenty of postseasons and NBA Finals and showed up, stop treating him like he’s some choke artist or something. That’s not who he is!” he added.