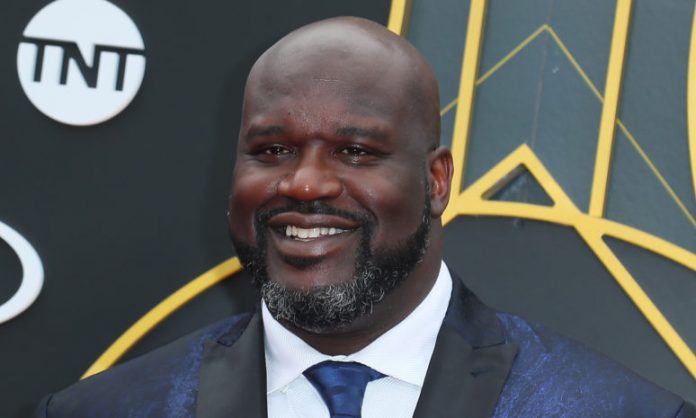 Shaquille O’Neal, the NBA legend is set to make an appearance on this week’s edition of AEW Dynamite. The promotion has confirmed the news on their social media and announced the appearance of the former hoopster.

The last time Shaquille O’Neal was witnessed inside the squared circle was at WWE, when he had participated at Andre THe Giant Memorial Battle Royal at WrestleMania 32. This time he would be seen in the AEW ring.

The AEW official Twitter handle had made the announcement on Monday. He would address alongside AEW commentator, Tony Schiavone on this week’s episode of Dynamite on Wednesday.

AEW had been dropping hints about the involvement of Shaq. Previously, Jade Cargill made her debut on AEW and interrupted Cody Rhodes.

Cargill mentioned that Cody had been calling himself the ‘giant killer’ but there was “nothing giant” about him. She had then claimed that she knows a giant of her own.

She eventually said that the ‘giant’ she was talking about was none another than “Shaq”(Shaquille O’Neal). It was also mentioned that the hoopster was even at backstage at AEW Full Gear event on November 7.

As noted earlier, the NBA legend had been wanting to have a bout with AEW EVP, Cody Rhodes. He had said, “I’d love to fight Cody. Write it. Print it. Text it to him. Call AEW up and tell them.” It is not known how the promotion would be using the former Los Angeles Lakers’ hoopster on the show. But, a possible mixed-tag team match could be on the cards between the team of Shaq & Jade Cargill and the team of Cody & Brandi Rhodes.

All eyes would be set on TNT on Wednesday when AEW Dynamite airs at 8e/7c.

Check out the lineup for this week’s AEW Dynamite: